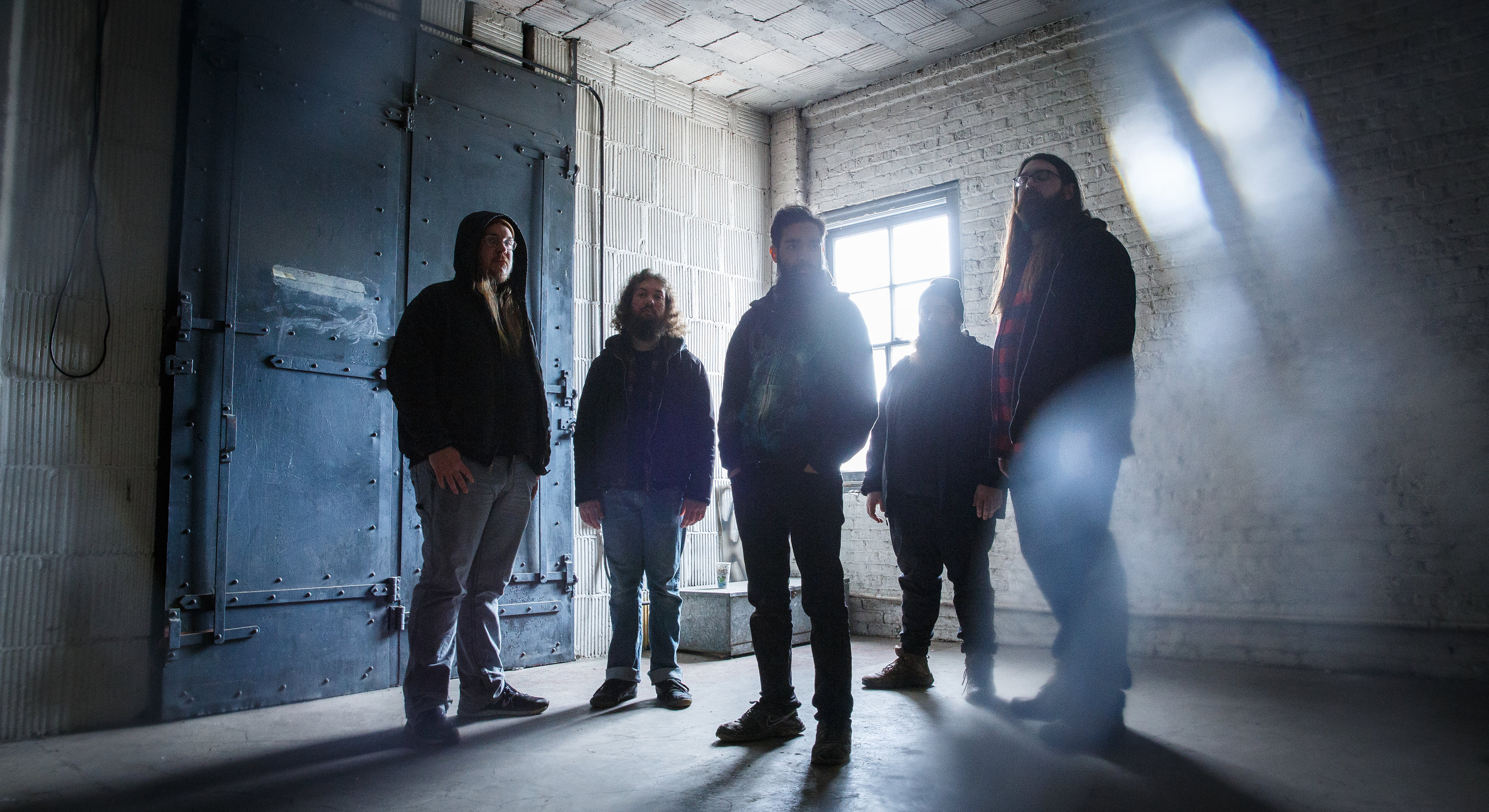 Warforged lay waste to expectation in a trailblazing and beautifully monstrous debut album.

Warforged demonstrated a remarkable level of magical musical aptitude way back in 2014 with their debut EP, Essence of the Land. It was followed a year later by a single track titled “Two Demons”. Then, there was silence. With such a small catalog of songs, it was hard to gauge what exactly this impressive force would come up with next… And when.

It is now 2019. Warforged have returned with their debut full-length album, and well… We thought we were ready. We really weren’t. I: Voice isn’t just a follow-up to Essence of The Land. It’s a distinct evolutionary marker in Warforged‘s sound. With it comes a haunted, explosive sense of self that pulls this almost forgotten five-piece from the realms of obscurity and onto a highly prolific pedestal. It has happened with alarming swiftness, and I’m still struggling to recover from it.

To say these guys have a passion for their art would be underselling it by a mile. The very narrative structure of their music clearly means the world to them. It was stated last year that their new record would continue sequentially from where Warforged‘s earlier work left off. And from this initial mission-statement came a 73 minute, thematically-linked opus of nine tracks. Or is it one track? As each song blends seamlessly into the next, it’s easy to get lost. Trust me, you will. I Voice is a haunted forest of rage, where convention is ruthlessly neutralized and uncertainty is your only guide through the thunderous bellows of guitar distortion, the jaw-juddering pummels of percussion, and the sinister off-shoots of ambiance. This is not tech death by numbers, and it’s probably best to put genre expectations to one side. You’ll be glad you did.

At the very outset, the flood of emotion on which this album sails is completely enthralling. It wastes no time in defying expectation… So the whirlwind of avant-garde death metal composition carries with it with a real sense of soul, albeit a haunted one. It’s needless to say that the composition is tight. And it’s needless to say that the production is masterful. But there really is so much more at work here.

Within such a dense cloud of sound, it’s hard to pinpoint exactly what strikes out the most. Maybe it’s the structure of the songs, and how the siphoning riffs crackle across the overall arrangements. Maybe it’s the whole-heartedly proggy, but not at all predictable, melodic interludes, which are refreshingly varied. (Clunky bottom-end pianos, folky acoustics, spacey synths, enchanted wind instruments? This album has them all). Or maybe it’s the vocals, equally varied, often ravenous, guttural, or snarling, but always rich and always unbound. Most likely, it is in actual fact all of these things combined, and arranged with such fearless enthusiasm that boredom and repetitiveness simply have no purchase anywhere in the album.

Let’s also give thanks to the many contributors on I: Voice, an all-star cast of similarly minded musicians (Steve Boiser of Equipoise, Kevin Hufnagel of Gorguts, and Danny Rodriguez of Through The Eyes of The Dead to name a mere three), who each play a small part in the rich tapestry of I: Voice. But in case anyone was worried, I am pleased to state that this album does not come off as a needless show boat, and that each contribution humbly adds to the ride. Under Warforged‘s rallying banner, it all becomes one.

Expect this ride to burrow into all kinds of subterranean nuances. It has been a well known fact that the beast of death metal serves as a loyal bedfellow to the loveliness of melodic progression. But Warforged have a distinct bearing on how to re-write the prerequisites of the so-called rules. Rather than disregard its many hundred of fore-bearers, I:Voice demonstrates a Rivers of Nihil-like ability to pay homage to the nuances, re-shape them and create something unique and wildly unhinged.

But to hint at anything else would be to spoil the surprise. Half the fun is not knowing what’s about to hit you next, and I:Voice skirmishes the eardrums right until the final track. It will, with zero doubt, require several listens to fully soak in the possessed, multi-layered treasures of this record. Whether you listen to the album just once, or a hundred times back to back, every second with it is time well spent. Its masterful, carnal, charm is not something to be overlooked or easily forgotten, and so I: Voice stands, without a pinch of inhibition, as a true unbeatable classic.