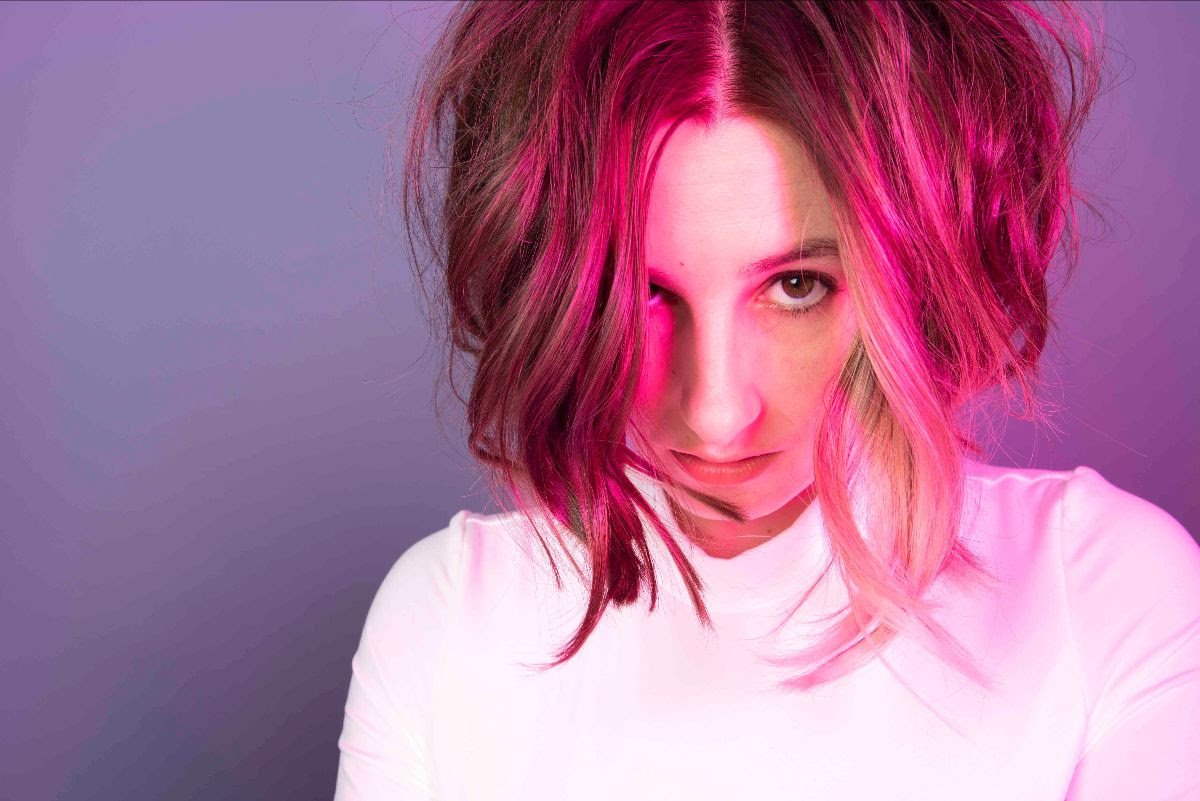 By Billie HeltonOctober 1, 2021 No Comments

Parallel Timeline is easily Slothrust‘s most diverse album to date, and it might very well be their best, too.

Hailing from Boston, Massachusetts, Slothrust is an incredible alternative rock trio. Over the course of five albums now, this energetic group has carved out a uniquely niche sound in a pretty flooded and often uninspired genre. Slothrust has accomplished this with a few simple touches: they balance boisterous guitar riffing and wicked fun solos with catchy and effective pop hooks that sink in deep and immediately. You’re left with the satisfaction of two distinctly different feelings from music, and it’s done so well thanks to frontwoman Leah Wellbaum’s songwriting ability. Before Parallel Timeline, there has certainly been diversity in their output, and they’ve developed a great pop hook over their last couple albums, but this new release sees Slothrust reaching new levels in every aspect of their music.

From the opening of “Cranium”, Parallel Timeline feels like a totally different beast than anything that came before it. It begins with a deep synth line and a melodic vocalization that persists as a backbone for much of the song. Wellbaum’s vocal delivery is soothing and almost haunting at times on this track. The lyrics are a bit abstract, with some quips such as ‘Do you want to take some time to celebrate your mind?/I want to buy your brain a cake/And frost it with the cum of angels‘. It’s a bit of a strange song for the band, but couldn’t be a better opener for this album in my opinion. It shows the groups ever-growing comfort with non-conformity and Wellbaumsaid herself the songwriting process was a bit different and she ‘stayed completely open the entire time and not been attached to how anything had to be.’ After one run of the chorus, “Cranium” goes into a kind of psychedelic guitar solo filled with reverb-laden bends.

It kicks serious ass, as do all of the solos on Parallel Timeline. “Cranium”‘s solo in particular is like half of the damn song, though, and filled with soulful licks that you can’t help but to love. Wellbaum recently had an interview with Guitar World where she was asked about the barriers young women and non-binary people face in lead rolls in bands, and her response was really interesting to read:

‘People who are perceived to be female are often socialized to feel like they should be quiet and like they should be afraid of being particularly loud. Being loud is disruptive. It’s calling too much attention to yourself. It’s arrogant. It’s all these things that are often considered positive qualities in young boys. ‘Oh, he takes so many risks. He’s so outgoing,’ you know? Because of that, there’s a culture where women haven’t been as encouraged to be loud and to take up space, and when someone is made to feel as though they shouldn’t be taking up space, they make themselves smaller. Guitar solos are the opposite of that. That’s someone stepping out and taking a risk. Because of that, we end up with an issue of visibility because fewer people are inclined to be doing it loudly and proudly. I’m happy to say that I think there’s this massive shift happening with that, for sure, as we deconstruct gender and recognize how little it means in certain contexts and how fluid it is.‘

There is a confidence in all of Parallel Timeline and its guitar parts that makes this response make total sense. Wellbaum has never been averse to guitar solos as the lead guitarist of Slothrust, but they’re amped up and in much higher supply on Parallel Timeline. It’s awesome to see Slothrust taking risks and being so open with their writing. This album stands out immensely because of these factors, and make songs like “Once More For The Ocean” absolute home runs. It’s fast and upbeat from the start, and it’s basically an anthemic pop-punk track with its steady pounding drums and chord progressions. I’ve talked a lot about the guitar playing, but drummer Will Gorin really shines on this track as well. Gorin’s drumming has never been in question (just listen to “Surf Goth” from 2016’s Everyone Else). The two of them have played together for a long time, starting together in blues and jazz bands in college. They have an undeniable chemistry and really play well off each other.

One aspect of Parallel Timeline that feels new for the band is the fact that the vocals have a much more androgynous feel than any of its predecessors; there’s a certain distortion to them that flirts lightly with the haziness of a shoegaze album at times. Wellbaum still very much sounds distinctly herself, but that added tone to their production gives her voice a slightly deeper richness that almost made me think there was a guest vocalist on “Cranium” for the first minute. This is Slothrust on a whole new level of comfortability, with no discretion or worry for how they are perceived. It’s really awesome to see them perform with no compromise and absolutely nail it with what might very well be their best work to date.

You can’t discuss it being them at their peak without talking about arguably the biggest song of Parallel Timeline. “The Next Curse” is probably the star of the album with a big name feature in Lzzy Hale, but also with the ferocity of both vocalists’ delivery as well as the soaring guitar riffs and most memorable solo of the entire album; it also has the most impactful lyrical content. It’s an incredibly catchy, fun, and memorable rock song, and I wouldn’t be surprised if it got picked up by channels like SiriusXM‘s Octane. It would be well deserved if it got some airtime, both for how good this album is but also for its scathing look at climate change and our inaction: ‘Flames gonna kiss my back/I hope I can run faster than that/Earth’s gonna set on fire/But still I wait.‘ The first verse with muted guitar and just one vocalist makes the impact of the full band and Hale’s dynamic harmonies hit a lot harder, and is probably the most epic moment of Parallel Timeline.

“Strange Astrology” is the track most similar to “Cranium” on Parallel Timeline, which stands out as the groups most abstract song to date. In a similar vein, “Strange Astrology” is a unique-sounding song that shirks the band’s conventional sound for something entirely different in a way that works incredibly effectively. It might be the most purely pop song on the record, but it’s also probably my favorite. It’s a sweet tune led by piano and swooning synth tones, and one of the only ones that the rock instruments are on the backburner for.

Starting with “Waiting”, Parallel Timeline takes a pretty somber turn for the remainder of the album. “King Arthur’s Seat” shows off the roots of the band with a bluesy tune, complete with melancholic guitar chords and nice lonesome scales on the bass accompanying a beautiful piano melody. The more abstract layer comes from a synthy, ethereal vocalization that plays over the chorus throughout the song. It’s a dynamic touch that adds an interesting twist to what is otherwise a plaintive and sorrowful ballad. “A Great Swallow” is a bit of an alternative country/folk tune à la Pinegrove, led by acoustic guitar and perfectly austere piano keys.

“White Rabbits” is another standout track that shows the full potential of Slothrust. It’s a brooding, slowly building track that progresses into an aggressive rock number, complete with one of Wellbaum’s bendy, soulful guitar solos. It starts off with nothing but piano, then adds vocals, slowly building drums, and finally a kind of meandering guitar part ekes its way in before the full band crashes together with a grandiose power chord. The album then closes out with the slow-burning title track, “Parallel Timeline”. It’s another song that leans into the country/folk realm, but this one leans more into the melancholic Julien Baker side of the genre. It adds a nice, poppy flair in the back half as it rises in pitch and Wellbaum’s vocals are replaced by a melodic hum that’s harmonized with a synth line that slowly adds additional layers, making for a really robust range of sound and ending things on a really positive and upbeat note.

Parallel Timeline has quickly become one of my favorite albums of the year. It was very middling to me upon my first listen, and I didn’t think I cared for it as much as any of Slothrust‘s earlier catalog. I really miss the vibrant, grungy, garage rock kind of flair they had in their early days, but Parallel Timeline is a great showing and the final confirmation anyone should need that this band exploring out of their roots was the best thing for themselves and us as listeners. “Cranium” was the first song to worm its way into my brain on the regular, and ultimately what made me come back to additional songs in the first couple weeks with it. Before long, I was listening to it on repeat throughout my workday, and when I wasn’t listening to it, I was thinking about it. This has persisted for over a week now, and I haven’t got any complaints about that yet. The elements Slothrust have dabbled with for a couple albums now have taken center stage, and they’ve completely shirked off any genre constraints with this broad range of output in a single album. I’m excited to see what else they are capable of in the future, and for now, I will be jamming out to Parallel Timeline on repeat.