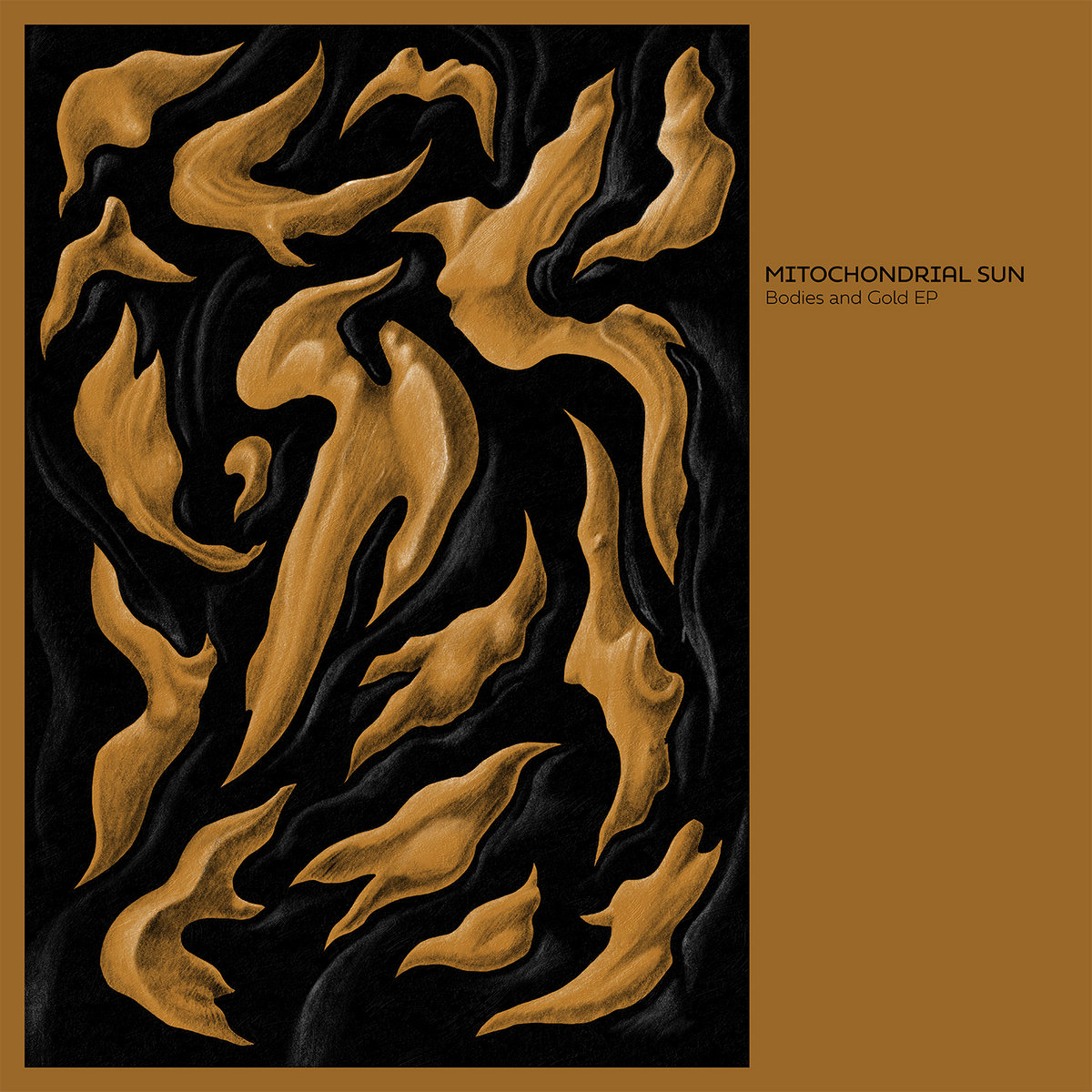 Releases with the ‘ambient’ or ‘soundscape’ tags have the potential to fly under the radar more than most, with a possible oversaturation of the genre over the past few years. There are those that do it and do it incredibly well, such as the ever-impressive Sarah Davachi, or those that opt for the twin-track tactic of solo releases and collaborations, as successfully implemented by Mary Lattimore. Former Dark Tranquility guitarist Niklas Sundin marked 2020 with a steady stream of full-length and single releases under new moniker Mitochondiral Sun, returning to us now in 2021 with his first EP release, the haunting Bodies and Gold.

Mitochondrial Sun does not appear to be utilising either the Davachi or Lattimore approach, rather blazing his own path with a change of feel in each release than relying on the more formulaic approaches of others in the genre. Where the self-titled debut focused on the cinematic, follow-up Sju Pulsarer opted for a brasher, more industrial vibe. Bodies and Gold sits somewhere in between – a stripped-back, cinematic experience with more metallic elements appearing throughout.

Album opener “Sic Transit Anima Mundi” is the perfect example of Sundin’s willingness to keep sounds fresh and tracks moving. From the ominous piano-led opening with the accompanying swirling strings, Bodies and Gold aims to transport you to another world. It is not hard to imagine this track providing the backdrop to a post-apocalyptic movie scene, my own heart rate increasing steadily throughout the track as layers are subtly built throughout, building intensity. Sundin expertly leaves the track feeling a little anti-climatic, eventually dropping to silence just as you expect the track to reach a glorious crescendo of noise.

Title track “Bodies and Gold” follows, initially using the dark formula of its predecessor before the more upbeat electronics dramatically change the feel of the track. “Ghosts of Tradition” builds upon this, again sitting somewhere in between the opening two tracks. Sundin builds this track upon a bed of pulsing electronics, with dark, foreboding synths leading the track. The endings of these tracks are special, somehow feeling both finished yet without ending at the same time. You get the sense something else is coming without it ever arriving, only adding to the feeling of uneasiness that embodies Bodies and Gold.

This continues for the final three tracks, with Mitochondrial Sun‘s adept merging of the upbeat and the dark leaving the listener unsure of how to react. Annika Blomfeldt provides some rare obvious melody with splendid cello work on “Beams of Light Through Glass”, a real highlight of the album. The use of the cello is made especially effective by what follows: more pulsing synths and industrial beats driving the track to its conclusion amidst that trademark subtle increasing of intensity. Album closer “Velocities” brings the wall of noise that has been alluded to in each previous track, ascending to a glorious merging of the various sounds of the album. Not content to go with the expected, Sundin takes this noise away from us half way through the track, finishing the album with a few minutes of unnerving minimalism.

Bodies and Gold is a brave, adventurous offering from an artist whose stock continues to grow. Mitochondrial Sun‘s Niklas Sundin continues to develop his voice and hone his sound, experimenting with various textures and merging the electronic with the organic across his releases. Whilst unclear where his next release might take him, it is certainly one that I will eagerly await.