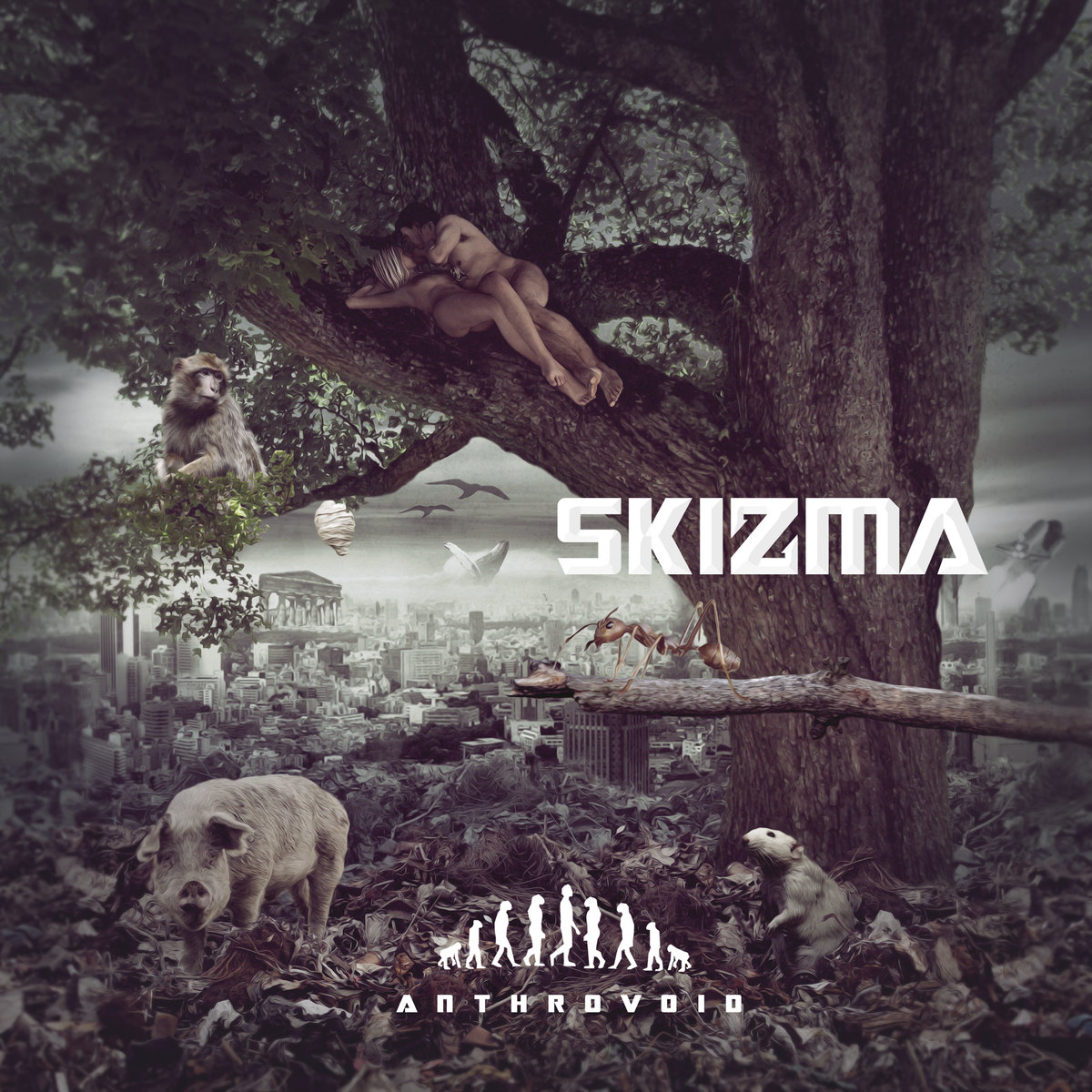 By Robert MiklosJanuary 8, 2019 No Comments

SkiZma are a fairly young Finnish band. They formed roughly eleven years ago and started releasing more music in the past few years. In 2017, they dropped their debut album 360RB as a follow-up to their demos and EP. SkiZma seem to be very eager to unleash their creative force upon us – and have effectively done so with Anthrovoid.

Anthrovoid is definitely the sublimation of years of working with various ideas by the band, as is outlined within their ‘album walkthrough’, which can be read on their blog. It is landslides away from 360RB in every aspect. Conceptually, the record revolves around themes that concern human self-destruction, the slow obliteration of our planet (also due to us), and so on. The album cover is chock-full with symbolism that alludes to all the explored themes and ideas. Sure, such themes have been done many times by other bands, but SkiZma not only give these ideas a meta-twist that renders them unique; it is also the musical delivery that properly highlights the narrative. I’m sure Gojira would blush at the sound of this.

Anthrovoid doesn’t beat around the bush even for a second, as it is opened by a half a minute track that slides straight into the album – chugs blazing. While musically and lyrically everything is united under one big plot, each song explores different sides of this bleak outlook. The songs are laid out in a very tasteful manner. There’s a pleasant balance between the melodies and the rhythms, as well as how they cut through each other. “A Whalelure” is one of the highlights; it’s got some catchy hooks and earth-shattering grooves. The album has a consistent feeling to it, even when drifting between all the various bits in a very dynamic fashion. “The Race of Rats” is another highlight, being probably the darkest of all the songs here.

It’s really hard to pick tops in this record; all the songs are extremely well done. We are presented with an album that has virtually no fat on its body, which is exemplary. The album clocks in at just slightly over forty minutes; it’s not too long nor is it too short, especially given its content.

The production value of the album is excellent. Everything is in its rightful place and nothing seems overshadowed. However, the drums could’ve been a tad louder in my opinion. This is a very entertaining record, managing to blend a series of modern metal influences together into something that sounds like you may have heard it somewhere but it’s a really unique mix. There’s really no proper way to describe what the band is going for stylistically. But to put it somehow into words, it’s like a cross between Devind Townsend and Gojira if the result went for a more technical angle on writing and a more djenty approach on sound, with a deconstructed delivery.

SkiZma simply remind us that Scandinavia is the motherland of metal and will probably be for ages to come. For a band that’s just on their second release, they show a great deal of promise. It is not often that any of us get to hear such technical prowess, songwriting ability, and lyrical delivery all on one record. I am very much looking forward to hearing from these guys again and hopefully we’ll get to see them on tour.