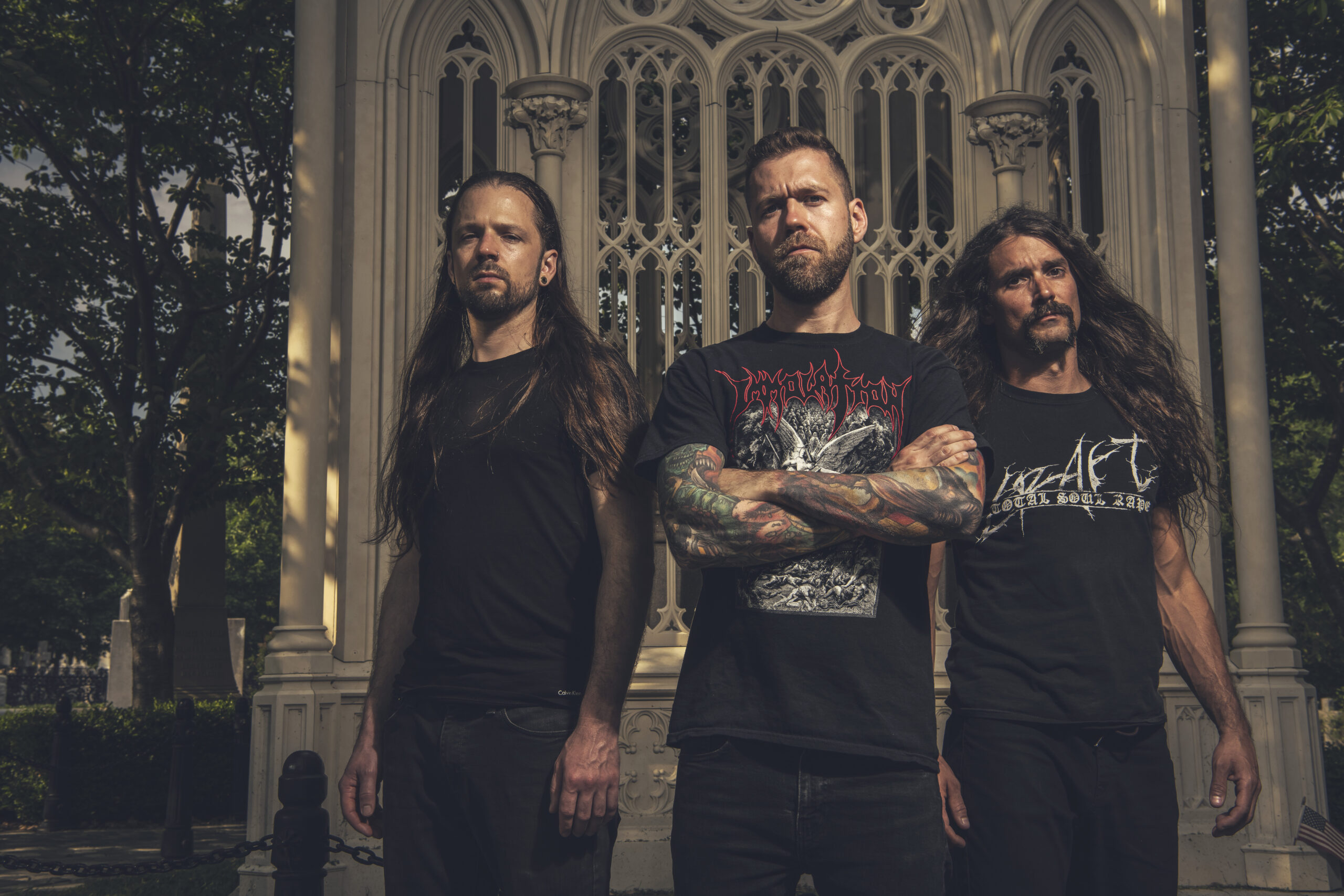 By David RodriguezSeptember 8, 2022 No Comments

Revocation must’ve bought stock in Kraft Foods with how much shred they fit into Netherheaven. Another diabolically solid effort from one of death metal’s most consistent bands.

With the biggest gap between records, it was anyone’s call as to whether or not Revocation‘s newest LP would hit the same way their previous seven have. Known for having one of the most consistently entertaining and quality discographies in all of modern metal, the odds were definitely in their favor… but even legends falter eventually, right?

Well, Revocation haters will have to keep praying on their downfall, as Netherheaven is yet another shredripper in a line of ripshredders that shows, long break or no, Dave Davidson and crew still have a lot of fire in them. Despite being a fan since the band’s 2015 self-titled album, I’m not as well-versed in their music as I perhaps should be. I did review their last album, and quite favorably at that, but still, I find it hard to recall much of their music after the fact, even though I like all of it when it comes out.

Sticking power’s one of those things that’s hardest to nail, and only the best of the best can hope to persevere beyond the year they release, but I have higher hopes for Netherheaven as it pulls out all stops to be as catchy, groovy, and memorable as possible. If anything, the four years since The Outer Ones‘ release did the band well as they had more time to let ideas simmer and deliver better ideas to begin with.

Aside from dropping the hardest merch I’ve seen in a while, they’ve also dropped two exceptional singles at the moment I’m writing this. “Diabolical Majesty” is a hell explosion and awesome opener to Netherheaven, but it’s also got some neat nuance to it. For one, it’s an anti-Christian jam – expected, sure – but it goes a bit deeper in seemingly nodding affirmatively to The Satanic Temple (not the Church of Satan – there is a difference, several actually).

It’s no secret The Satanic Temple is demonized by the more traditionally religious, particularly Christians, which probably is mostly kneejerk reaction due to their name (these are likely the same people confused and bamboozled by terms like ‘national socialism’ and ‘buffalo wings’). It’s interesting given what the Temple stands for. I mean, have you read their fundamental tenets? They make a lot of sense to me. Of course, Revocation couldn’t stop there and soon dip their quill into absurdist fantasy with specific targets that made my ears perk up when I first heard it – ‘Champions of hell have been invoked to crush the cursed creatures of the Christian right‘. Hell yeah. A thrashy punch to the ear that’s unambiguously against theocratic oppression? Let’s gooooooo! Also, converting a church into a graffiti-laden skate park is hard as fuck (see above video).

Second single “Re-Crucified” is a bit different. Special, even. Not only is this the first Revocation song with guest vocals ever, but it’s with two legends of modern metal, Trevor Strnad and motherfucking George ‘Corpsegrinder’ Fisher. Strnad touched countless people with his vocal talents and lovable personality, including many here at Everything Is Noise, and he continues to with this stellar vocal performance. Each singer seems to embody one of three faces of the ‘inverted trinity‘ referenced here by Corpsegrinder and also on “Diabolical Majesty”, as the track moves through three distinct sections where one vocalists takes lead from the others. A lovely, lashing take on Dante’s Inferno and bombastic album ender where the band usually elect to go epic and longer form. Epic this is, just in a different, wholly unexpected way.

And this is all fine, right? I’ll make it clear now, I had a blast with Netherheaven, but I’m not gonna act like this hasn’t been Revocation‘s MO from day one to varying degrees. What stood out to me aside from the above is a deep cut called “Strange and Eternal”, which visits the other side of the spiritual realm, calling forth from truly ethereal and unexpected touches that make the song special. Out of the (pearly) gate, it’s a marvel of guitar work with some thrashy-ass riffs (nothing beats the grimy, growling tones on “Godforsaken” or the proggy wonderland that is “The 9th Chasm”, though), but it’s what’s at the end that’s worth talking about: angelic choirs and vocal layering. I feel like that part specifically was orchestrated by Devin Townsend with how unconquerable and extra it is, but it’s the type of stuff I live for. Bravo.

Consistency’s the name of the game with Revocation, and Netherheaven is more of the same. For some, this isn’t exactly a beckoning gesture to listen to it, but for people who just crave straightforward, strong, Satanic metal from talented people willing to take some small, calculated risks, it’s a fun time. I get the feeling they’ll be doing this for several more years to come, and with a record as esteemed as theirs, it’s hard not to be excited at the fact that there’ll always be a band to turn to for sulfuric, hellish music like this.