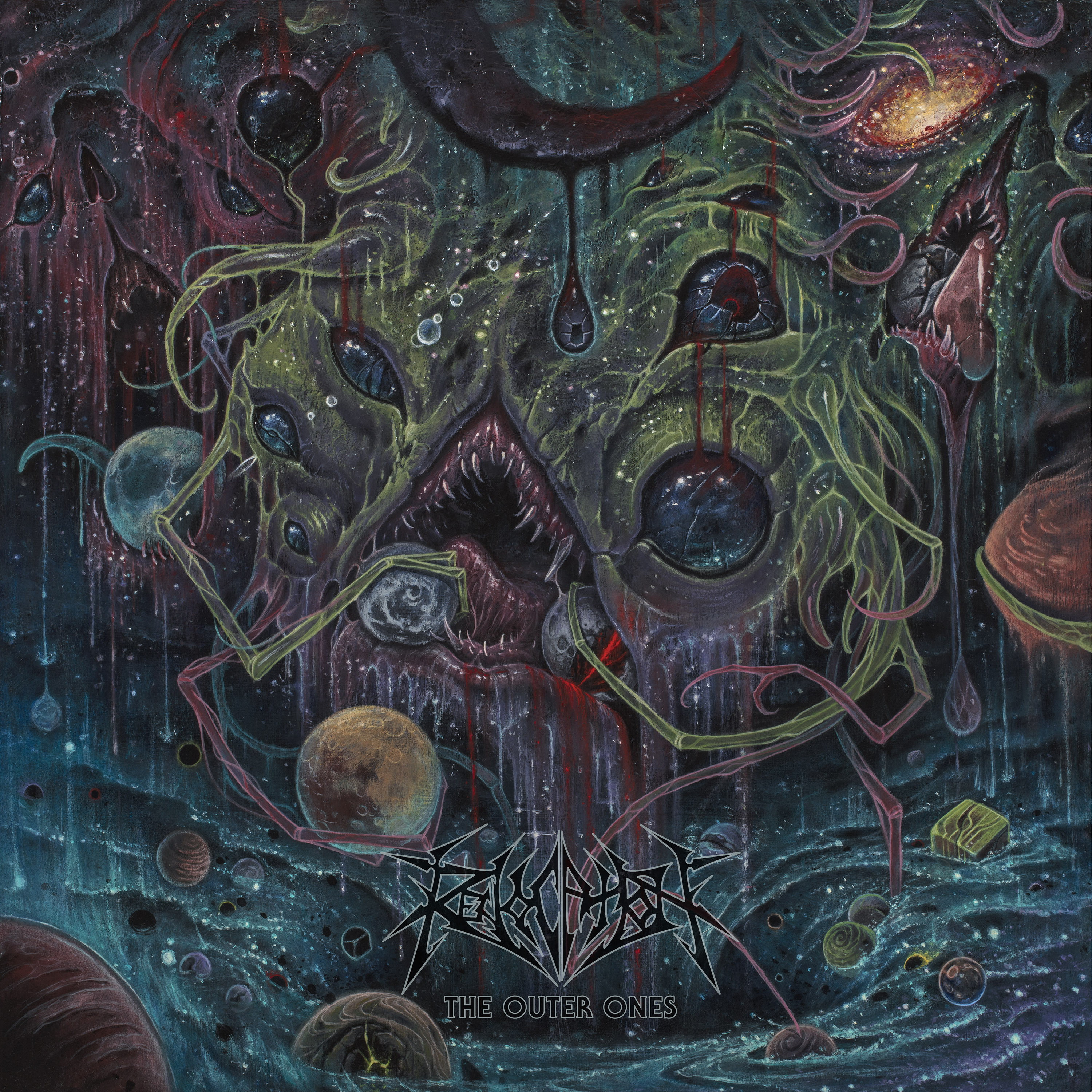 Revocation – “The Outer Ones”

By David RodriguezSeptember 24, 2018 No Comments

Revocation knock it out of the park with some interesting, outside-the-box thinking in The Outer Ones, proving that they are one of death metal’s most consistent and greatest bands.

Revocation. If you know the name, you’re likely to agree that they have been a progressive/technical death metal institution for a few years now. Their quality has always trended upward with each of their now seven albums, offering new, exciting angles from which to tackle the genre from. It’s almost baffling how consistently good they are, and it’s not changing with The Outer Ones.

Actually, let me just be frank about it: this is their best album probably ever. They lean into their neoclassical and progressive side harder and slam dunk in a cosmic theme to really liven things up. It’s still death metal, but more. Death Metal+, if you will. Dave Davidson is a beast, vocally and creatively with a guitar. His sinister voice belting out lyrics like ‘One thousand daggers drawn to open your throat/And every drop you bleed will poison the earth below‘ during “Blood Atonement” stick with you based on delivery alone. His enunciation makes him easier to understand than the average metal vocalist and as such he always sounds powerful and purposeful. He’s obviously the life behind the band, not to discredit the other members who not only complement Davidson’s skill, but get rowdy all on their own.

Davidson and fellow axeman Dan Gargiulo do everything in their power to make this sound fresh. There’s bone-grinding riffs, speedy solos that dance up and down scales, and progressive leads that bring awe. “Ex Nihilo”, this album’s instrumental, has some very neat progressive guitar work, bringing to mind the first time I listened to Animals as Leaders‘ Weightless. It’s just so great to take in that it fills me with joy. The instrumentation itself is almost happy and tranquil in tone, but retains its heaviness throughout. Same with the intro and primary melody of “Fathomless Catacombs”. Who said death metal can’t be upbeat? On the other side of the spectrum, songs like the title track are appropriately chaotic and foreboding all the way though.

Each song is just a big-ass riff burger primed for consumption, its delight staying with you for days. They never rest on a single good idea for long. One song can have several distinct sections ending totally differently than it started (though album closer “A Starless Darkness” bookends the track with the same melody and fades out at the end to simulate being lost in a sea of black, which was a nice touch).

Drums handled by Ash Pearson (also of 3 Inches of Blood, RIP) stutter, skip, and stomp out thrashy rhythms and impressive prog movements and fills alike. He keeps the music relentless, no matter what the guitar and bass are doing. And speaking of bass, Brett Bamberger’s low-end stands on its own when given the chance. Often, you can hear it pulling up the rear with deep, rapid-fire hums that harmonize with guitar, but sometimes you’re treated to a little flourish that creeps up on you in the mix like a predator through a forest. Some of these arrangements and performances even veer into jazz territory, which is something Davidson is pretty open about incorporating here and there with Revocation (if you’re interested in the intersection of metal and jazz, Davidson actually discusses this with Alex Skolnick of Testament in a one-on-one interview on Gear Gods).

So, uh… wow. What an album. Where lesser artists would have fallen off into creative slumps by now – twice – Revocation defy all odds by creating some truly refreshing music. Every minute is eventful, every element laid with such care and intelligence, and it’ll invade your mind with catchiness like an intergalactic brain bug. The Outer Ones is one of the best albums this year. Don’t sleep on this. Any fans of technical, progressive, death, or thrash metal need to check this out immediately.