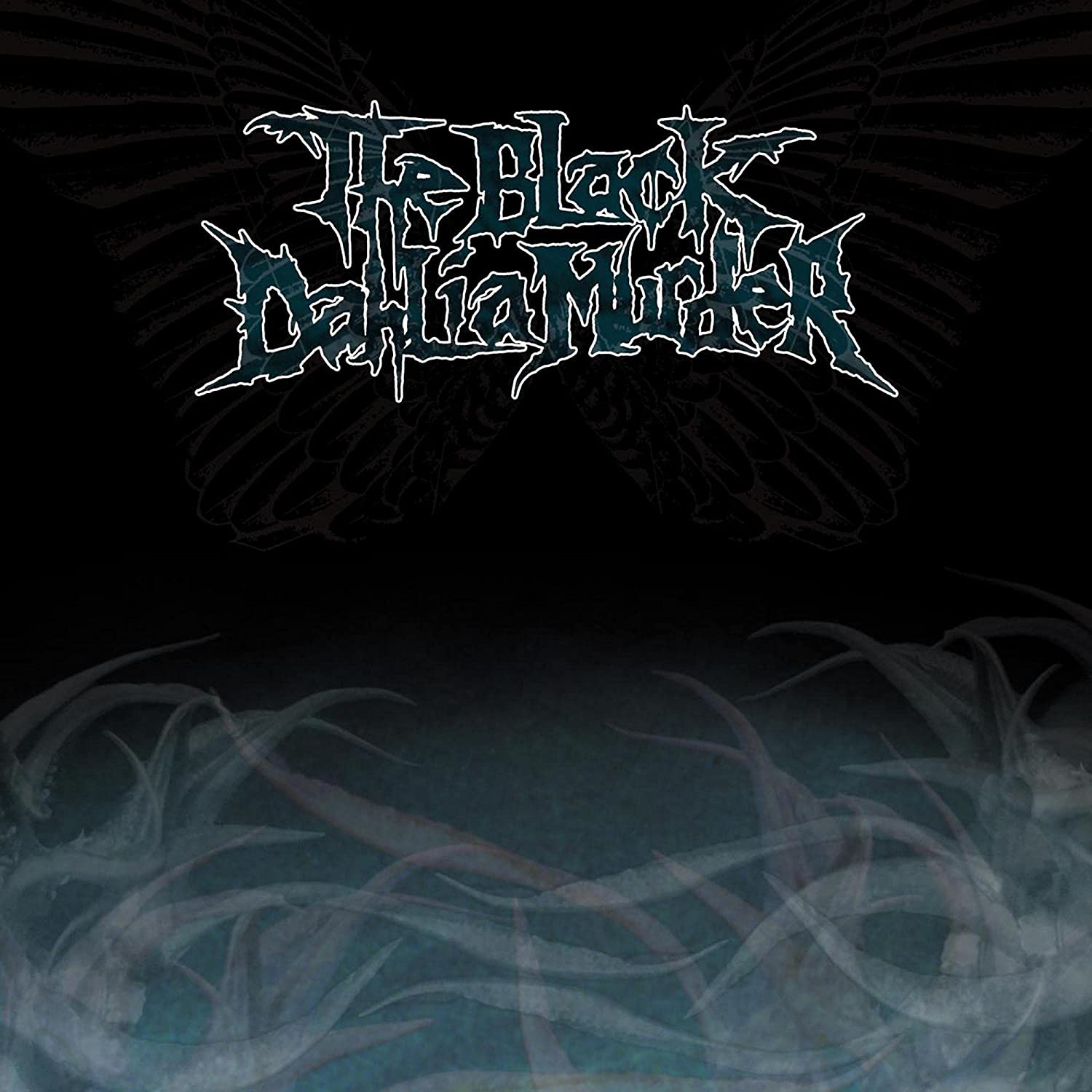 By Dominik BöhmerJune 4, 2022 No Comments

The Black Dahlia Murder‘s Trevor Strnad had such a larger-than-life impact on the (death) metal scene that even I as a complete outsider to it couldn’t help but admire his energy and dedication. From what little I could gather across some interviews and columns of his I read over the years, he was a big-hearted fellow with an extremely infectious passion for al things heavy, and I respected him even without following his musical career. Having to dedicate this episode of A Scene In Retrospect to his memory feels… untimely, like it’s happening decades before it actually should’ve. And yet, here we are, sharing some of out throughts and feelings about his band’s debut record Unhallowed to celebrate his life one more time.

As a little aside before we start – if you or a loved one is struggling with their mental health, here are the appropriate hotlines from every country that has a dedicated suicide hotline. You don’t have to do this alone, and you don’t have to suffer in silence. Just know that you matter. There are people out ther who care about your safety and well-being – there will always be an open ear and a helping hand for you somewhere. Let’s be there for one another, let’s uplift each other as a community, and let’s try to end the stigma attached to mental health issues. For Trevor and everyone else who may be in need of assistance. Thank you for being here.

Ah yes, Unhallowed, the 2003 album that started what would become an infinite legacy of brutal, punishing riffage, evil goblin-like vocals, concrete-crushing drums, and an overall titanic sound that we know simply as The Black Dahlia Murder. Even by today’s standards (with all due respect to tastes, subgenres, and other general niche qualities and complexities to the metal community and how it digests metal music), this album is still a strong starting place for the band. What’s more brutal than starting and, subsequently, ending an album with eerie cinematic soundscapes and a detuned voice sample instructing you on how to properly preserve a human skull? The sample, taken from The Church of Euthanasia’s Butchering the Human Carcass for Human Consumption guide, honestly encapsulates a trademark for the band, in and of itself.

Not just on Unhallowed but on virtually every other album released thereafter, Trevor Strnad told us a story, a poetic meditation on the macabre. We were given history lessons of the occult, painted portraits of the perverse, treated to tales of torment and trenchant tribulations; we were hummed hymns of heinous horrors, sculpted symphonies of severe sacrilege, and ultimately, we always wanted more. Let it never be said that Trevor Strnad, nor the rest of The Black Dahlia Murder camp, were anything short of artists. They had a truly distinct talent of taking the darkest recesses of the human mind and the horrors of both humanity and inhumanity, as well as supernatural aspects, and turning it into something that continues to bond millions to this day. Perhaps that’s what metal music is all about, but it no less takes away from that particular brand forged by The Black Dahlia Murder, forever engrained into the sands of time.

I think my personal favorite on Unhallowed would have to be “Hymn for the Wretched”, because while almost any song on this album could be associated as a great representation of who they are, this one in particular sticks out for me as a highlight in the record. It has all the little embellishments and style-blending we know and love about The Black Dahlia Murder. We get the upbeat blast-beat goodness, melodic riffs, tremolo-picked, blackened bliss, and even some more grooved, headbang-worthy spots to allow for another well-performed, wailing lead guitar to round it all out just before the song comes to a grindy, mosh-pit-inducing close. Not to make any inaccurate comparisons, but The Black Dahlia Murder’s instrumentation almost feels something like classical composition in performance and song structure… if only they didn’t have so many parallel fifths and leaps (this is probably only going to make some orchestra students laugh, if anyone at all).

Unhallowed was an important piece in paving the road for the band, and what followed is a discography that I personally believe has no weak points whatsoever. The Black Dahlia Murder don’t know how to write a ‘bad’ song, evidently. Virtually any point in their discography could be considered a good starting place, with the latter material being perhaps more polished in terms of production quality and refined sound, but Unhallowed, in my opinion, is a must-listen if you wish to truly appreciate the full history of the band.

Even if there isn’t any big takeaway from this album, knowing how genuinely human, down-to-earth, and just ‘into it’ Trevor Strnad was as a person? It almost has a vicarious nature to it – listening to this album, acknowledging its placement in the discography, and pondering over all the doors that would then open for them just shortly after and what they’d quickly grow into. Many artists claim it, but The Black Dahlia Murder is truly a band for the fans. Having humans like Trevor Strnad in this world is what definitely helps keep it turning; those people that, sure, do great, phenomenal things with their talents, but never lose their touch of making the world a better place just by simply being in it, and without any expectation of reward or return of any kind for it. R.I.P. forever, Trevor.

Unhallowed is easily one of the most monumental death metal albums of all time. It put The Black Dahlia Murder on the map, who are one of the most commercially successful bands to ever grace the genre. But maybe more importantly, it was the emergence of Trevor Strnad on the scene – and nothing was the same after that. If you’ve listened to death metal, whether you’re a superfan or simply dip your toes in out of curiosity, chances are you have come across this band. For nearly 20 years now, Dahlia has been changing the landscape of metal, championing brutality with a fantastical twist thanks to the ridiculously talented lyricism of Strnad. I legitimately learned new words from researching Dahlia songs, and listening to a single track is like listening to the most vicious audiobook of all time.

Unhallowed does not pull any punches. Thundering in with what is one of the sickest album intros of all time to this day, there really isn’t a moment of reprieve in the run-time. Dahlia certainly knows how to break it down with nice melodic guitar segments, and slow down with some chug-tastic riffage now and again, but this album is in full sprint from beginning to end. This is something the band has been known for over the years, and is something that has kept me coming back endlessly when I’m in the mood for something aggressive.

While there are some common death metal tropes in a lot of Dahlia’s songs (the articulate detail of murder in “Closed Casket Requiem”, for example), Strnad wrote songs about shit that was way cooler than your average death metal band. The songs on Unhallowed are about vampires, werewolves, immortal beings who hate being alive, and even some spicy cosmic horror. Not only was his lyrical content top-notch, but the craftiness of his lyrics is something that will be sorely missed till the end of time: ‘I have witnessed the birthing of your faith/The tribulations, the driving of the stake/So slowly this immortal coil unwinds/Until the end – the end of fucking time.‘

As memorable as his lyrics were, the voice of Trevor Strnad is one that is impossible to misplace. I’ve heard him in so many features over the years where as soon as he came on I went ‘Oh shit, that’s Trevor!‘ I’m still not sure how this man didn’t ruin his throat in his 20-year career, because the shrill delivery of his high screams is something that is damn near impossible to recreate for the majority of bands. He was a juggernaut in everything that he did, and always delivered with a fervor that made his love for his craft apparent. To say this man will be missed by metal fans across the world is the understatement of the century.