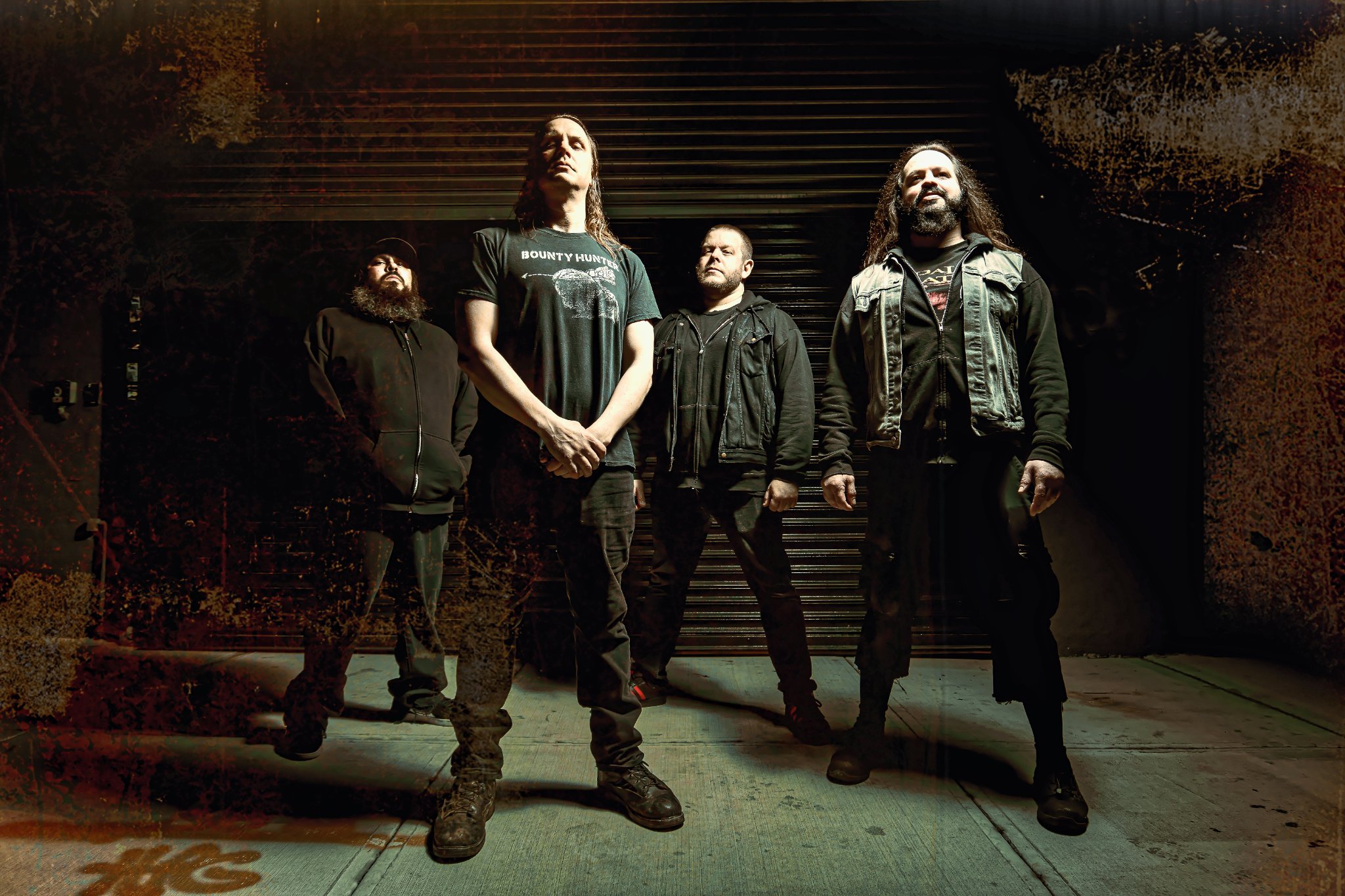 By Landon TurlockJune 3, 2022 No Comments

Chaosmos is the eighth album from tech-death stalwart Origin, offering much of what we would expect from the act, along with some experimentation.

If you have been a fan of technical death metal anytime in the past three decades, it seems pretty likely that Origin has been on your radar. With hyperfast blast beats, atonal sweep picking, and just enough groove for a satisfying mosh pit, the Kansas act has been peddling their particularly relentless brand of tech-death since their 2000 self-titled debut. Despite many line-up changes (guitarist Paul Ryan is their sole remaining original member), the act has been relatively consistent in their compositional approach throughout their seven full-lengths. So will the upcoming Chaosmos stay safely in this sonic territory, or break new ground?

With an opening roar of growls, atonal tremolo picking, and relentless blast beats on “Ecophagy”, the first track indeed suggests that Chaosmos will be a very natural continuation of a sound Origin has been refining for over twenty years. Will you like it? If you like Origin, probably.

Origin has often fatigued me because they focus more on speed and technicality than composition, melody, or variety. This fatigue is furthered by a production approach that, to me at least, sounds pretty squashed sonically, reducing any dynamics that might exist in these arrangements into an avalanche of aggression. Unfortunately, this production style is consistent on Chaosmos. Thankfully, there are pieces throughout the album that show some growth from the established act, and other pieces that show the band doing what they have always done, but very well. The former can undoubtedly describe the title track. “Chaosmos” probably captures Origin at their most groove-oriented and memorable, with a riff that evokes a (slightly) slower Archspire, and even has a grindcore-like breakdown.

The latter half of the record shows Origin experimenting with more tempo variation and melody. “Cullscape” features some blackened chords and a more atmospheric opening. Later on in the track, we get some crushing, almost Meshuggah-like grooves that I think will inspire some impressive crowd activity. “Nostalgia for Oblivion” experiments more with brooding tempos and melodic lines provided by the bass and guitar before returning to Origin’s more typical atonal sweeps and blast beats.

Origin has kept their compositions quite brief throughout most of their career as far as tech-death goes, perhaps revealing some of their underlying grindcore tendencies. They eschew this brevity on Chaosmos’ closing track, however, making “Heat Death” the longest track of their career at 11 minutes and 21 seconds. Despite its length, most of the song does not accomplish much that would not have been achievable at half the composition’s run time. The main factor that separates the song from anything else on the record is the isolated guitar section and bubbling sound effects that emerge about 8 and a half minutes into the piece. Do they justify a track of such length? Maybe for some, but to me, there is a lack of cohesion here that fails to provide me with the satisfying epic I imagine Origin sought to create.

Chaosmos shows Origin taking some steps to evolve their sound further, using more tempo variation, black metal influences, light use of melody, and longer song structures. However, this is squarely an Origin record, which leads me to reiterate my earlier sentiment: if you enjoy Origin, you’ll like this album. However, it seems unlikely that Chaosmos will gain the established act new fans who may appreciate the more melodic, produced, and dynamic approach to technical death metal employed by current leaders in the genre.