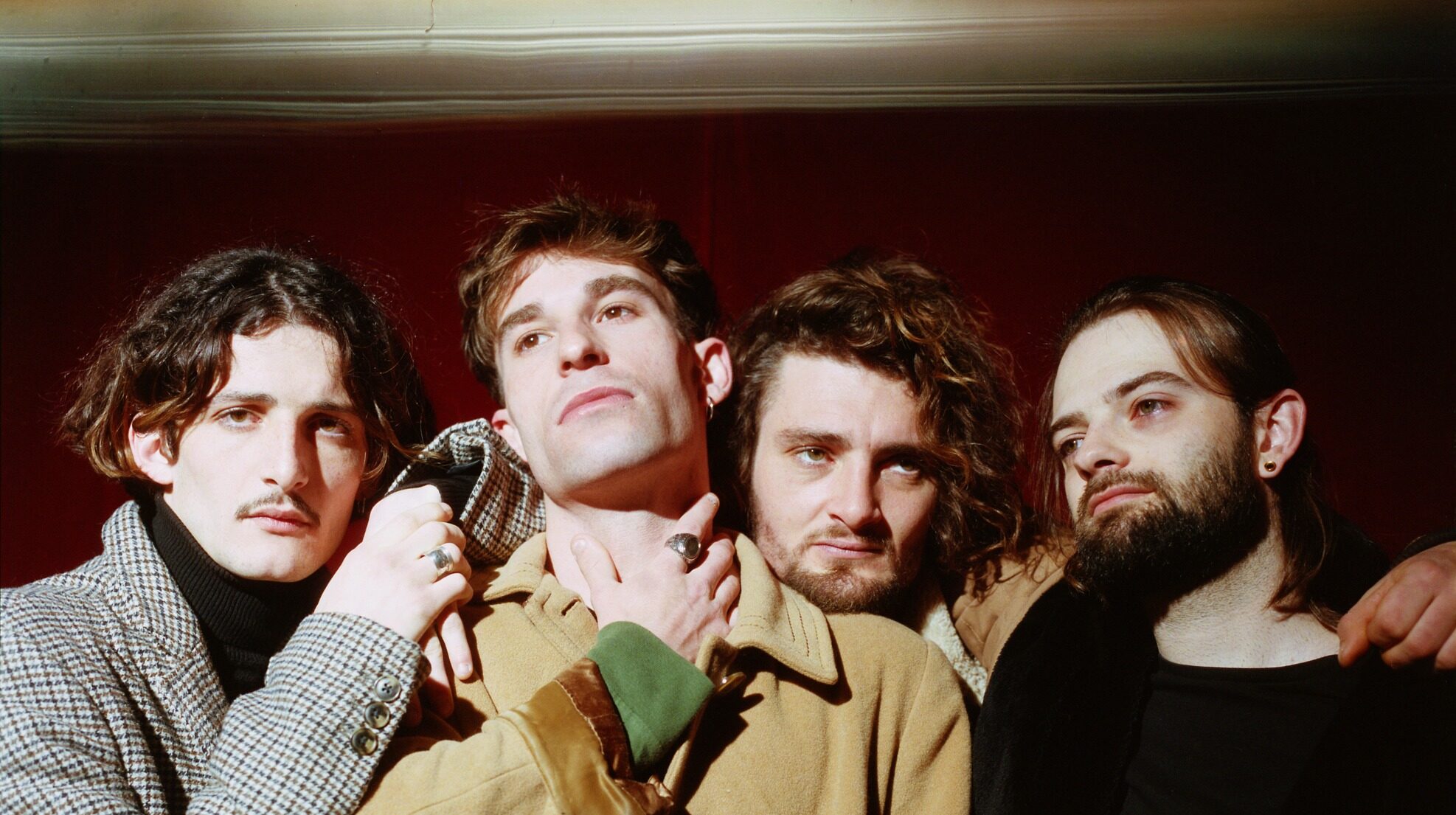 A dark road rolling by underneath. A fuzzy guitar riff. Harried vocals. A dry drum beat. A stoic bassline. And then, roughly one minute into it, everything crushes. Resign.

The first minute of “Resign”, the new video by French post punk/indie quartet NASTYJOE, sets the tone for a great visual and musical experience, and Everything Is Noise is very happy to team up with the band for the premiere of said video.

Let me introduce you to the band: NASTYJOE consist of François Garcia on drums and backing vocals, Robin Rauner on guitar/lead vocals, Bastien Blanc on guitar/backing vocals and Nicolas Acquaviva on bass. The group formed back in 2017 in Bordeaux, and have released their debut EP Wann Ist NASTYJOE ?  in June 2019. Now, they are back with their new upcoming EP Deep Side of Happiness, which will see the light of day in a couple of weeks – more on that later.

What you are for is without a doubt the video in question, so without further ado, let’s get into it:

Ever felt hunted by something unknown, waiting in the dark? The video’s protagonists displays this feeling of upheaval, unnerving and tense. In combination with the song itself, which carries certain sensibilites from post punk and indie rock, NASTYJOE create a canvas for a chivvied soul, framing its struggle with taut guitars and steady grooves by bass and drums. Here and there, “Resign” evokes some horror movie vibes – imagine John Carpenter playing in a dope ass garage rock band. While the band charmingly avoids getting tripped in formulaic post punk tropes, they remind me of the nostalgia-meets-gritty-modern-punk-but-artsy vibe of acts like Fountaines D.C. and Idles. The most pleasant reminiscence they brought to me is without a doubt the dark and highly admired sound of Belgian underground legends Kapitan Korsakov. The impression that NASTYJOE stay unique and fresh albeit all the influences is an absolute win in my books. I’ve been looping “Resign” while writing those words, and there is a certain undertow within this tune, pulling me deeper and deeper in its pulse – making me very stoked for their upcoming material.

Speaking of which, NASTYJOE‘s new EP Deep Side Of Happiness will drop June 17 via À Tant Rêver du Roi. If you are as hooked as I am, consider pre-ordering the EP right here. As always, you can follow the band on the usual suspects, like Facebook, Instagram and Bandcamp.