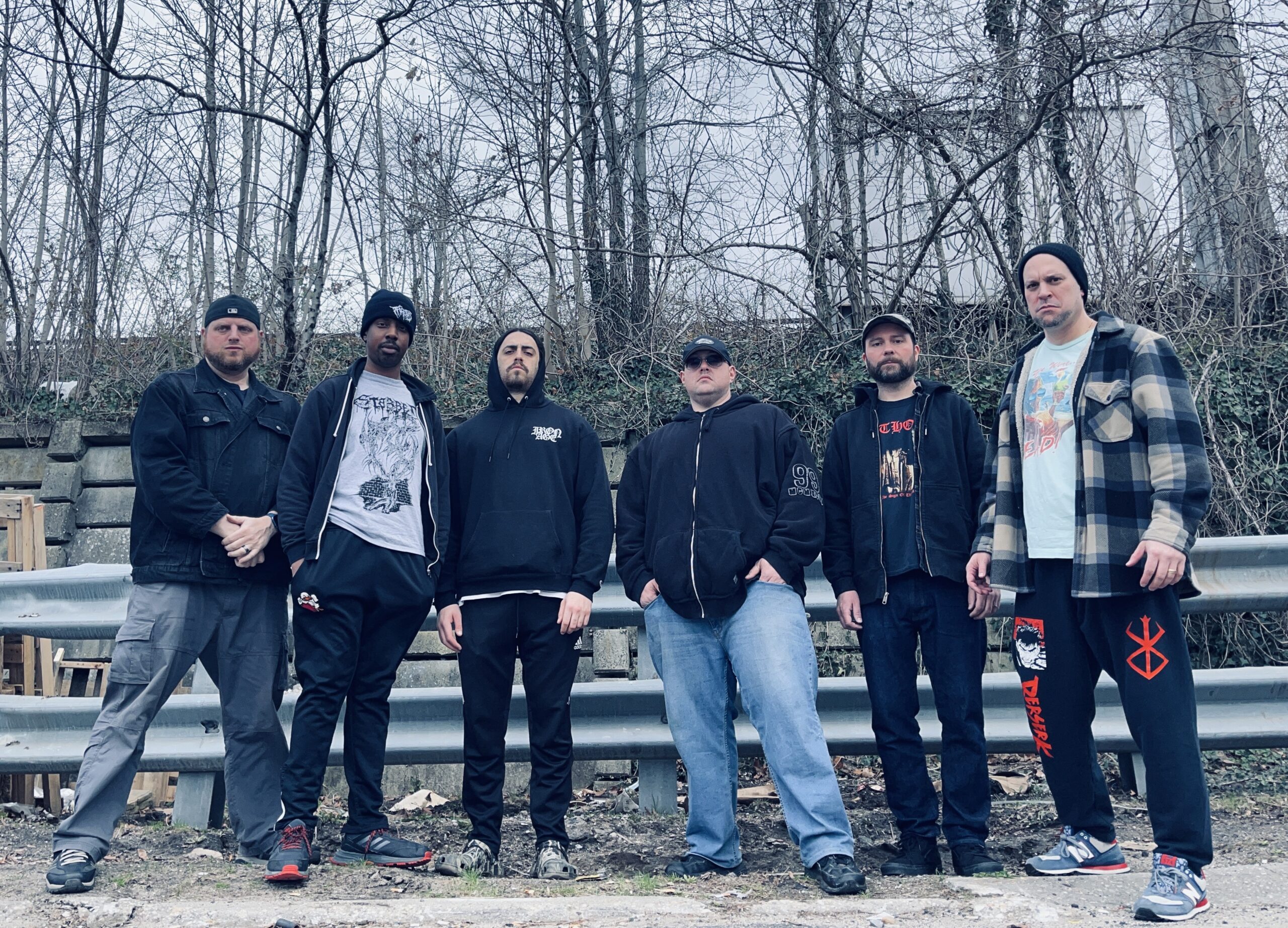 With loads of great ideas and a deep well of talent, Blood and Bonemeal is a stellar debut of forward-thinking death metal.

The time has finally arrived for the debut of the New England supergroup (of sorts) Reeking Aura. With alums of Buckshot Facelift and Artificial Brain in a variety of roles in this band, it’s no wonder that their debut EP got them some much-deserved hype and a spot on the vaunted label, Profound Lore. Blood and Bonemeal is a serving of death metal that finds itself in many ways in tune with some members’ previous acts, but has an identity all of its own. If you listened to their EP, Beneath the Canopy of Compost, you have an idea of what you’re getting into with Reeking Aura, but the ideas have rightfully been expanded upon and this debut LP is filled with great moments and isn’t afraid to employ some unusual ideas to make this ride one worth taking.

My relationship with death metal is pretty great these days and I like a lot of what this renaissance of OSDM is bringing to bear, as well as more forward-thinking acts like Afterbirth (ironically) and Klexos are doing. Taking the genre into new places isn’t always successful, and neither is leaving it lie. The same can be said of most genres, however, so I don’t think the problem is unique to this space, but when you spend a lot of time in a space like death metal, the samey gets REALLY samey. I think in their own way, Reeking Aura are challenging that a bit, or maybe a lot, depending on where you spend your time. Vocalist Will Smith AKA Big Will is behind the mic here, but his trademark gurgles employed during his time with Artificial Brain and his current tent pole band, Afterbirth, isn’t always the technique employed. It’s parsed out, and I think for the sake of this band that’s the correct decision. Smith will rip and roar through a lot of these tracks, but when those idiosyncratic vocal oddities rise to the surfaces, it’s a real treat and a genuine dynamic shift.

Compositionally, Reeking Aura are anything but straightforward as well. While they do call themselves ‘a death metal band’ they aren’t building with a small set of genre building blocks and just rearranging them in new ways. They got the booster set and some other geometric shapes thrown in too. The title track is the second song on the album, and all these blocks get employed to communicate to us that right from the jump they aren’t going to be a straight-down-the-barrel kind of act. The atmosphere tapers from intense to airy as it leads into “Seed the Size of a Spider’s Eye” which starts off with a bang before hitting that midpoint groove breakdown and Smith’s vox slide down the scale to a gurgle, making the whole final third a disgusting affair.

One of the qualities that I came to love about Blood and Bonemeal is the sense of drive that it had. While it’s not always a full-on gallop, the gait is purposeful and determined. What that does for the sense of pace and dynamics is wonderful as the moments that breathe are appreciated and when the tempo and intensity go up a tick you feel like you’re in the middle of something great. There’s something to be said for leaving the listener some headroom to create tension, and I felt that Reeking Aura nailed that. “Harvesting the Hatchet” is a great track for that reason alone, but the whole presentation of that song is just lovely from start to somber finish.

As with writing anything, it is best to vary the lengths of sentences to keep your prose from feeling stale, and it makes for a much more pleasant flow. As I did just there. That same mantra is employed on Blood and Bonemeal with songs alternating lengths pretty regularly across its total of seven. It can’t be overstated how much this helps with digestion. It’s foolproof. Perhaps one sneaky way of getting this done is the penultimate, “Pyramid-Shaped Plow/The Caretaker.” These two distinct songs are merged into one track, and they are frankly both pure bliss. The final half is more or less “The Caretaker” and employs some synthy goodness and adds a small foreboding layer of horror to the song. The transition to the final track “Grublust” is a wonderfully executed send-off that slows the pace but keeps the chaos intact and whips all the interesting things about this band into a frenzy.

So, let’s get down to it. Reeking Aura have a leg up on a lot of new bands, mainly because of their season roster, but it’s what they do with all of that talent that matters. This is a fully formed idea that is executed to a high level with intricate arrangements and top-shelf performances. While this isn’t really a surprise, based solely on the band roster, it’s a delightfully fresh take on the genre that cuts its own path by balancing the unexpected with a razor-sharp take on established ideas. This is a great debut, from great musicians, on a stellar label.