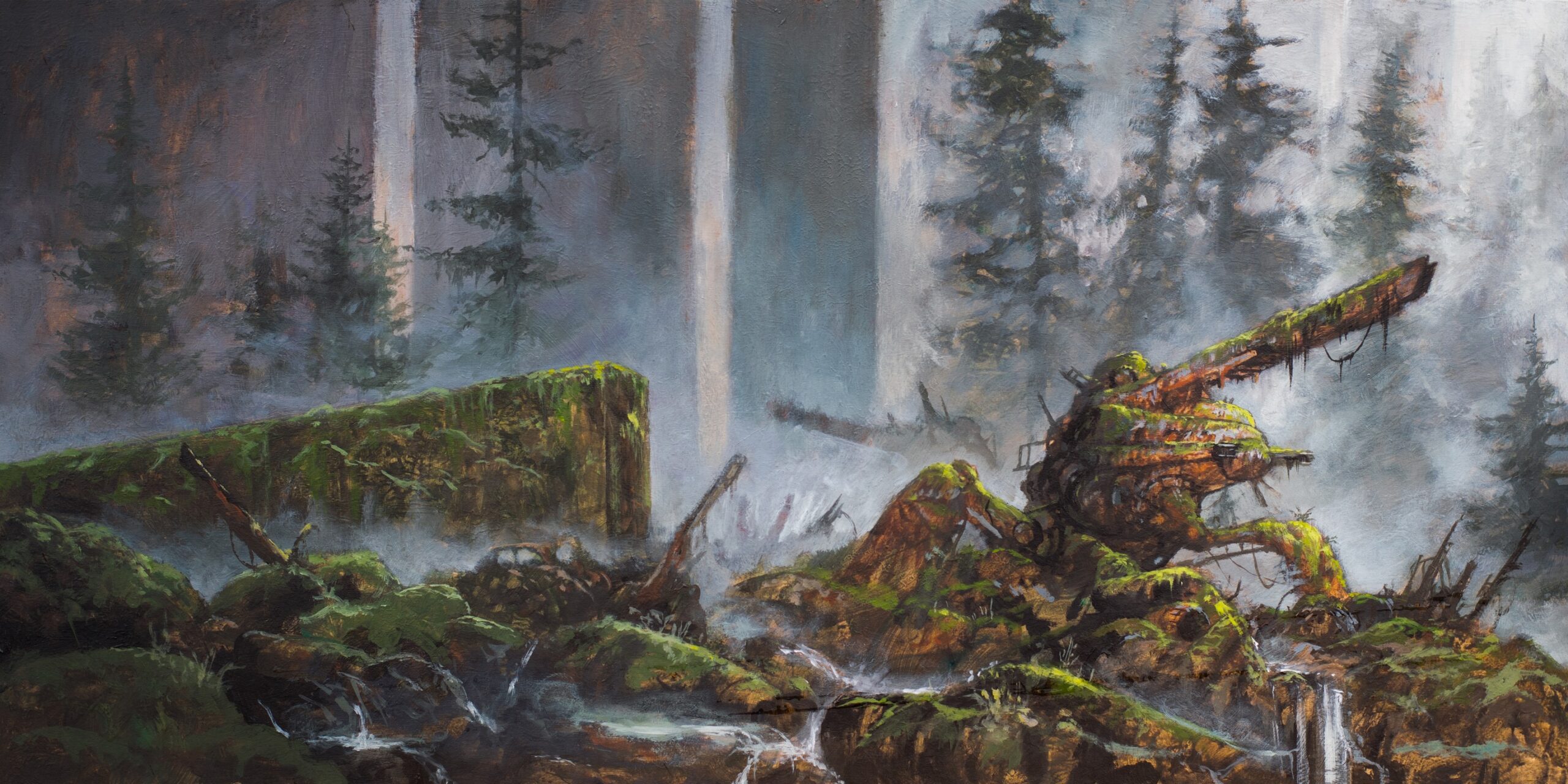 Artificial Brain take their brand of encapsulating death metal to a whole new level with their technically enhanced self-titled album.

Long Island, New York’s brutally progressive death metal five-piece Artificial Brain have been delivering endless amounts of tasty riffs, exceptional technical mastery, and extreme song structures since their inception in 2011. The band’s debut release Labyrinth Constellation birthed a new wave of fast, stimulating, and engagingly heavy music consisting of excellent musicianship and a dissonantly progressive form of death metal. Interestingly, the second song on their 2014 release “Absorbing Black Ignition” also had its time in the mainstream spotlight when it was featured briefly on the drama series Elementary. The band continued their progressive mean streak with 2017’s Infrared Horizon, which leaned further into the science-fiction aesthetics that would become part of the band’s musical individuality that produced violent and extreme dystopian death metal. 2022 now marks the third release for Artificial Brain, which sees the band upgrade their musical abilities yet again for this self-titled piece of death metal artistry.

A fitting way to open this album, the record’s self-titled track begins in a rather meta fashion. The opening of these rapid blast beats and technical guitar work start us on the right track whilst the vocals embrace this gruelling low range, and this is just preparing us for what’s to follow. “Glitch Canyon” delivers an astounding melodically technical display of extreme metal volatility; its fast melodies and harmonic shifts shine through exasperating depth and ferocity, taking on numerous musical experimentations from rather impassioned black metal sections to all-out brutal death metal aggravation. The next track continues this embryonic journey into the interdimensional, post-apocalyptic, sci-fi sonic landscape with “Celestial Cyst”. Endless amounts of force are rectified through these aggressively structured riffs that shed a light on the artists’ musical prowess, as experimental and musical progression appears to be key. Sit back as this song reimagines a world rid of a materialistic humanity, replaced with the ancient wisdom of extra-terrestrial beings.

“Lofty Grave” keeps up these gruesomely horrid grunting vocals, keeping the music within brutally hostile territory. The artists pull out more epicness and versatile musical arrangements here as well, particularly through the explorative nature of synth sections that produce an inherently cosmic manifestation. The maddening “Tome of the Exiled Engineer” extends on the brutal science-fiction narrative of a doomed space engineer left to wallow in a vast, lonely, and empty cosmic tomb after surviving a horrifically explosive ordeal. The track deals with themes of madness, cosmic pessimism, and the emptiness of a one’s experiences through a cold, isolated chasm of space, reflected through dissonant and atmospheric blackened death metal riffs and evil harmonic textures.

A bleak opening soundscape followed by a deeply disturbing, almost tribal percussive intro brings about the next track, “Embalmed with Magma”. Here, we can hear the visons of a cosmic and mythological horror, played out through the hostile instrumental work that doesn’t let up in regard to speed and velocity. The trembling tremolo quality of these astronomic guitar parts blends in well with the rhythm section that sees the bass and drums utilise excessive force and power, whilst the guttural vocals continue their immeasurably piercing eminence. “Parasite Signal” further commits to this mind-bending, planetary sonic performance as the harsh chordal structures and blackened ambiences carve out a terrifying, inter-galactic path.

The mood of cosmic nihilism begins to seep into this record’s final moments as “Cryogenic Dreamworld” conveys in its gloomy and emotive delivery. The dissonance of this track is articulated through jarring chord progressions and sharp rhythmic developments, whilst periods of ambient, melodic textures create an almost mythical and spacy vibe. Before the penultimate “Insects and Android Eyes”, the previous track ends with a disturbing soundscape that acts almost like a distress beacon, playing once again into this doomed cosmic narrative soon to be followed by the next song’s antagonistic and reckless nature. The moments of extreme black and death metal musicality are well-implanted with the more atmospheric and celestial ambience that can be heard. In “The Last Words of The Wobbling Son”, we are greeted by a final dissonant cry of immense brutality and nihilistic devastation as Artificial Brain delves deeper into the tides of a damning wave of blood, gore, and terror. The listener is guided through an interdimensional musical journey into the barren, endless void of a viciously assembled cosmic world beyond our comprehension.

To clarify, this full-length third instalment to Artificial Brain’s acclaimable discography doesn’t just offer something new to the band’s back catalogue, but it also provides a fresh avenue of experimentation that should be considered with extreme music. The pummelling blast beats, the dissonant rhythms, driven tremolo guitars, and roaring guttural vocals that peak at a definably low register perfectly demonstrate the musicianship of this band, and to utilise this in the way that they do is impressive. The nature of the band’s science-fiction themes, which can be further explored in their impressive lyric writing, is a staple to their sound, and it is furthermore conveyed in a brutally horrific and mind-altering fashion. The cosmic stream of technicality in their songwriting is a powerful device for Artificial Brain, and they are sure to illuminate this on a well-executed piece of musical brilliance.