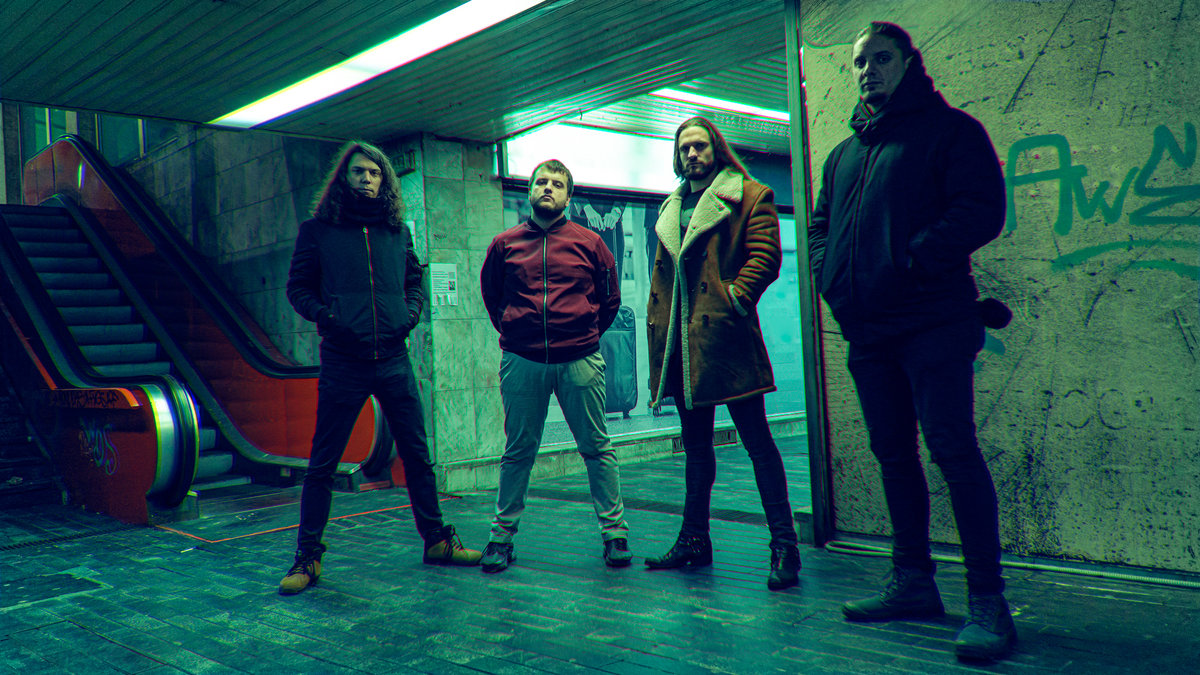 Quasarborn – “A Pill Hard to Swallow”

By David RodriguezFebruary 10, 2020 No Comments

Quasarborn do so much so well that it’s nearly impossible not to have fun with their uncompromising brand of progressive thrash metal.

[SCENE: in a science laboratory, drifting in space, a man in a lab coat that doesn’t quite fit him and wildly sporadic, yet incredibly fetching hair, anxiously adjusts and monitors a plethora of liquid-filled beakers, flasks, and other sciencey apparatuses, before guiding his hand to a computer to draft a lab report on his latest experiment]

INTRODUCTION: Ah! I got it! I finally did it, y’all. I finally came up with a new name for this spacey, progressive, fast metal music: turbo thrash! I’ve been working with a new kinetic material known as Quasarborn. I must credit it with this discovery, for after several years of listening to similar bands, I hadn’t thought of this nomenclature until now. It’s so masterfully refined, brilliantly executed, and full of excitement and I’m tasked with filing this lab report on exactly why. Leading up to this experiment, fellow scientist Jake informed me of this band saying that it had my energy, which led me to hypothesize that this would be a great experiment.

One smart quality of Quasarborn is how they keep you on your toes when it comes to musical approaches. Of course, it’s all under this wild and sporadic umbrella of progressive thrash metal, but if this genre is the genus of the music, then each song is almost its own species under it. This is most exemplary in Luka Matković’s vocals. One second, he’s belting out a gruff chorus sounding like 90s James Hetfield (“Nothing”), or riding more traditionally harshly screamed vocal lines (“The Humbling”), before returning to his more common soaring, clean vocals (pretty much every song). He hits different timbres between extremes, treating the voice like a spectrum rather than a rigid modal structure to be switched to and from. There’s fluidity to it, which is great to hear alongside the similarly liquid form the music can take.

Granted, the instrumentation here almost always resembles a rushing river – calmness is nary a concept employed much by Quasarborn, so prepare for unbridled energy. Aside from a whimsical acoustic and choral opening to “Bastion”, one of the best songs on here, and a similar interlude in “The Ascent”, A Pill Hard to Swallow is relentless, but not brutal. The band was keen on keeping a sharp sense of spirit and levity embedded in the music, despite lyrically being relatively serious. There’s backing vocals and layering that add some fun to songs like “Clouds”, there’s a vaguely pop punk structure to “Identity Catharsis”, and “Stalemate with Suicide” is a bit of a progressive outlier.

RESULTS: This album was made by entertainers. Despite its many approaches, it’s not disjointed at all; just all-encompassing and inclusive of its own little corner of the extreme music room. Playfully ferocious and uncompromising in their specific artistic vision, it’s not too much to say that this is one of 2020’s first truly out-of-nowhere standout projects. It feels like part of something bigger, without understating its own presence and potential impact. It’s… really good! For now, I must deem my hypothesis confirmed – Quasarborn kick massive ass.

DISCUSSION: I didn’t listen to A Pill Hard to Swallow many times back-to-back, or very many times period, because there’s only so many times you can repeat an experiment before it becomes redundant, right? Most of my listens were hours if not a day or so apart, but this made every run through it feel fresh and invigorating. I appreciated new parts each time. Even the old stuff I loved before felt like returning to an old friend and did not stale whatsoever. It’s a technical metal marvel – a turbo thrash marvel! – that remembers that sometimes music should just be fun.