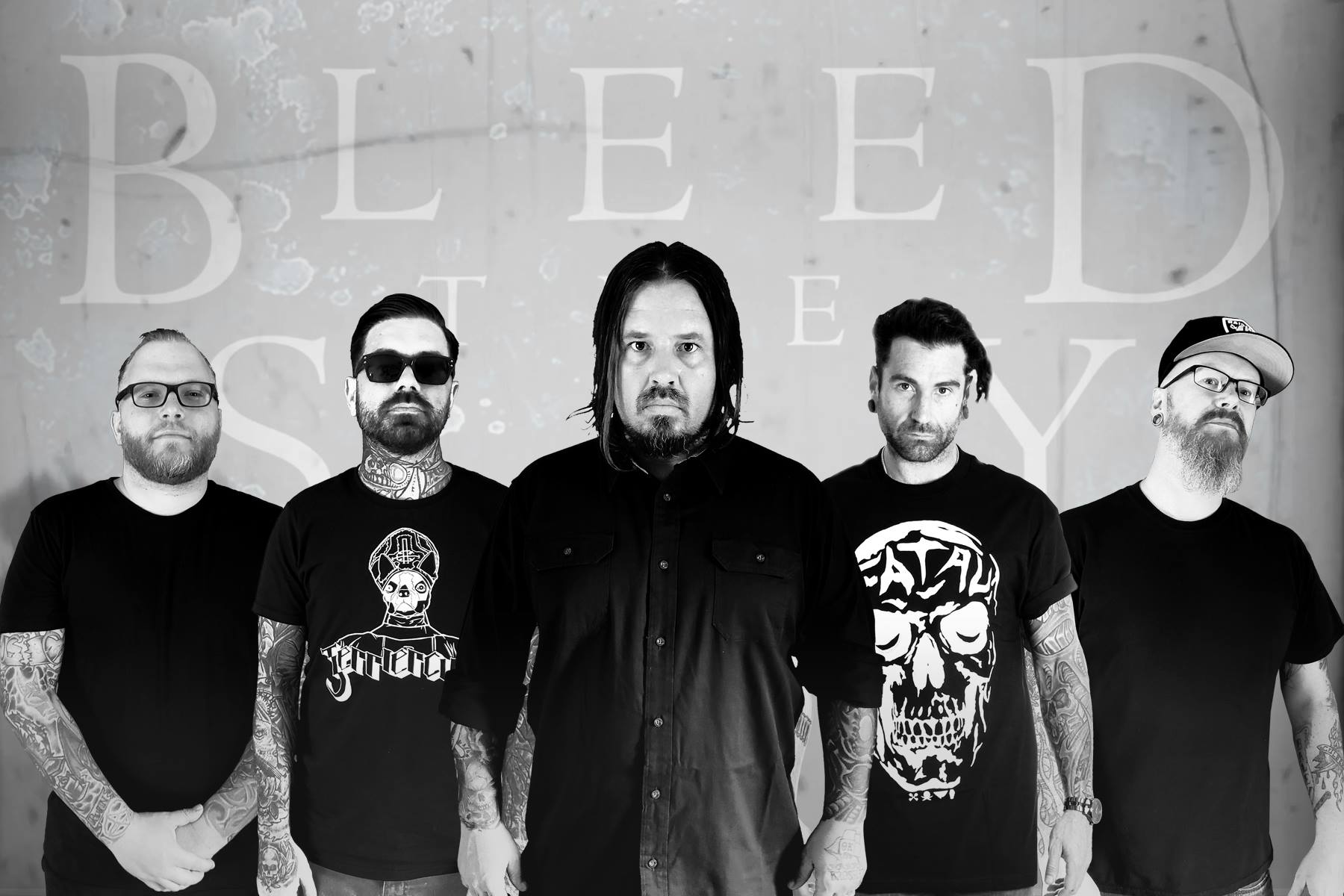 By Faisal BinzagrFebruary 8, 2020 No Comments

Bleed The Sky return after a twelve-year break-up with This Way Lies Madness to pummel you with their brand of controlled chaotic fury, while unexpectedly slotting in comfortably with today’s more abrasive popular hardcore acts.

During my high school years, my friends and I shared a particular fondness for Bleed The Sky, whose ferocious intensity, controlled chaos, blistering grooves, and dark ambience made for a welcome change in the oversaturated melodic metalcore scene at the time. Whereas bands of the moment like Trivium and As I Lay Dying leaned heavily into anthemic melody and choppy breakdowns, Bleed The Sky went the Chimaira route, eschewing fist-pumping cheese to channel moody, industrialized thrash instead.

Unlike Chimaira, Bleed The Sky’s tenure was brief. They released an EP and two excellent albums on Nuclear Blast Records – 2005’s Paradigm in Entropy and 2008’s Murder the Dance – before calling it quits as the new decade set in. All hope for a reunion seemed lost, as band members spun off to tackle other projects and/or tend to personal matters. My friends and I often wondered what a third Bleed The Sky LP would have sounded like, believing that just one more record would have cemented their place as legends from the 00s era of ‘core. Now, over a decade later and against improbable odds, I find myself listening to something I thought I would never get to hear – their third studio album, This Way Lies Madness.

Tackling something with this much sentimental value gets complicated quickly. How to approach the review? Through the lens of a long-time fan, with a decade’s worth of expectations and rose-tinted lenses, or as a newcomer discovering the band for the first time, nearly two decades since they first emerged onto the scene? Bands have come and gone, trends have metastasized, and many of the key players have changed. Does Bleed The Sky hold any relevance in 2020? Curiously, with Code Orange’s industrialized take on hardcore earning them a spot at Coachella and numerous other bands such as Employed to Serve adopting similar sounds, Bleed The Sky’s synthesized approach to angular, off-beat ferocity feels almost feels more relevant now than it did during their first run. As such, the questions become: how do they hold up against today’s more youthful acts, and most importantly, is the music any good?

Something that should be stated from the beginning is that This Way Lies Madness’s greatest strength is its energy. Without context, there’s nothing to suggest anything but a hungry younger band out to make a statement. The vocals in particular are more intense than ever, and the sliver of melody threaded throughout their earlier material has been significantly reduced in favor of dialed-up aggression. This is a pummeling album whose dark electronic ambience is consistently woven in front to back – lending the entire thing an unrelenting menace. Most importantly for long time fans, it still sounds like Bleed The Sky.

Looking at the album’s nine tracks more closely, a subtle change in style does become apparent. Bleed the Sky were never a band that prioritized complex dynamics over aggression, but on this album, what dynamism once existed in their sound has been significantly simplified. In place of the occasional melodic lead, clean vocal spurts, or extended bridge section, you have gut-punch after gut-punch. Most of the intricacy is reserved for the occasional delightfully weird riffs courtesy of guitarist Wayne Miller, or drummer Austin D’amond’s Lovecraftian approach to fills, cymbal work, and double bass. While lead singles “Quite Here” and “Serpent” do showcase a more varied approach resembling a blend of their previous two albums, the rest of the album yearns for a bit more.

This Way Lies Madness‘s relatively sparse collection of tracks and brisk runtime of 35-minutes would have benefitted greatly from another song or two utilizing “Quite Here”’s soft/hard dynamics, “Age of the Basilisk”’s swagger-infused riffs (reminiscent of peak Marylin Manson), or cool embellishments like “Serpent”’s sample of a gunshot that leads into the closest thing the album has to a guitar solo. Moreover, the two-minute interlude “Membrane” would have been more effective had it been preceded by a track more epic in scope, such as “Morose” off Murder the Dance or “Skin un Skin” off Paradigm in Entropy. Perhaps the album’s greatest weakness is its total abandonment of moods other than blistering rage. A sprinkling of calmer moments, even if still moody as hell, would have ironically elevated the intensity of the listening experience by providing contrast and preventing some of the desensitization that sets in midway or so.

That being said, there are several things this record excels at when compared to the band’s older output. The production has improved, and emphasizes the vocals and drumming –  Bleed The Sky’s greatest selling points. Vocalist Noah Robinson and drummer Austin D’amond are the only members of the band to have performed on all three records, so to accentuate this musical core feels appropriate. Both deliver career-defining performances, and to have them up front contributes greatly to the album’s monstrous energy.

Another improvement is in the application of clean vocals. I’ve always felt the band’s utilization of cleans was contentious at best, with Murder the Dance applying them more effectively than Paradigm, while largely moving away from them altogether. This Way Lies Madness continues in this vein, using them even more sparingly than before, and generally only as haunting background refrains that do a good job contributing to the darker atmosphere of the record. That being said, on the rare occasions they do come to the fore, they feel enormously out of place. There were a couple of tracks in the band’s back catalogue – notably “Kettle Black” and “Poseidon” – that utilized prominent cleans to great effect, and I find myself wondering why that style wasn’t carried over here.

This Way Lies Madness excels at what it is. Fans of modern, digitalized hardcore will embrace the warped, frantic menace it provides, while long-time fans will appreciate its nostalgic comfort and impressive urgency. While it doesn’t reach for the highs of the back catalogue, the songwriting is tighter and more consistent than before – especially impressive considering the band’s chunky hiatus. Welcome back, Bleed The Sky.