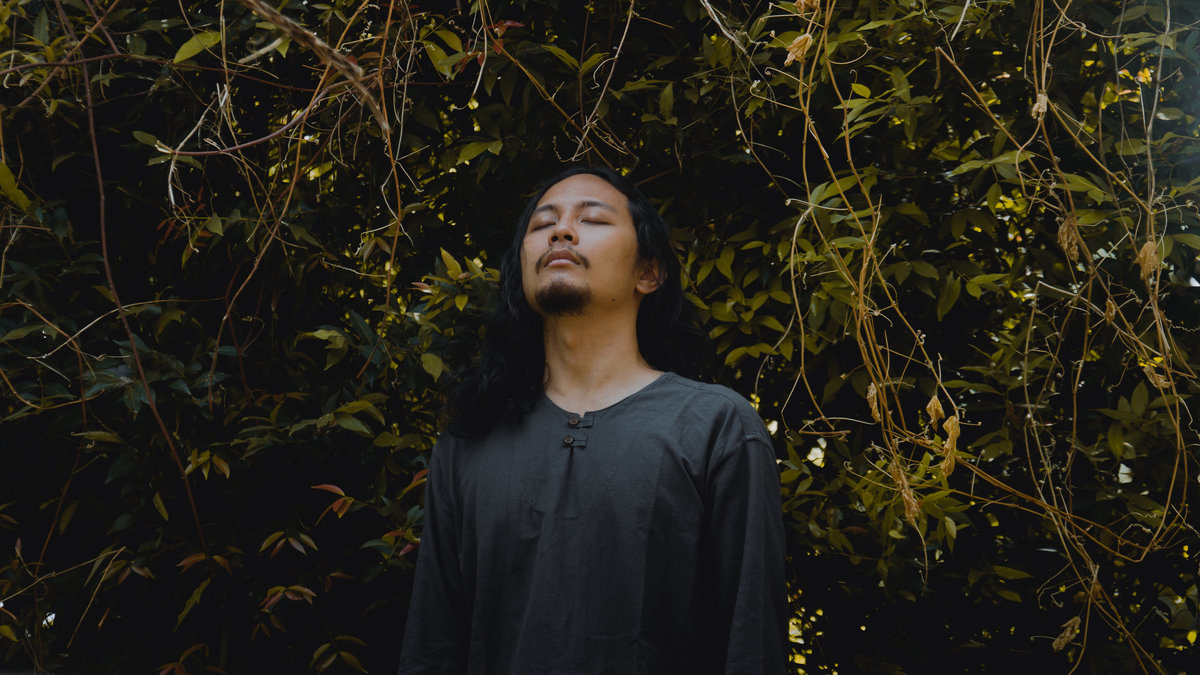 Sorrowful, melancholic, and menacing in nature, Pure Wrath’s Hymn to the Woeful Hearts is another solid entry waving the flag high for Indonesian black metal.

Emerging from the province of West Java in the heart of Indonesia, Pure Wrath is the compelling black metal solo project of Januaryo Hardy formed in 2014. Previously releasing two full-length albums, Ascetic Eventide (2017) and Sempiternal Wisdom (2018), along with the EP The Forlorn Soldier (2020) and Live at Cryptid’s Lair (2021), Pure Wrath creates fierce, atmospheric black metal that confronts the violent and brutal reality of Indonesian history. Hardy reflects on the despair and suffering inflicted during the 1965-66 genocide at the hands of the Indonesian Army, whilst at times producing harsh, ethereal music that confronts the very nature of death, war, violence, and human tragedy. Hymn to the Woeful Hearts comes as the third full-length record in which the artist describes as:

‘A dedication to the mother and survivor of the 1965 Indonesian genocide whose son was kidnapped, tortured and brutally beheaded. For more than fifty years she had to pretend everything was normal through every second of her sorrow, living under the shadow of the still-powerful perpetrators.‘

The bone-chilling opening track “The Cloak of Disquiet” starts things off with gut-wrenching precision as an onslaught of brutal atmospheres is unleased through tremolo picking guitars and agonising vocal screams, mirroring the distressing vison that can be deciphered from the album cover. There are some well-implemented moments that slow down and build a melancholic sort of tension that bridges together nicely with some of the harder, abrasive blackened riffs that follow.

“Years of Silence” expresses a more anxious and uneasy feeling through these dissonant chord progressions and violent textures embedded deep within the atmosphere. The placement of Eastern melodies is a strong addition here and does well in communicating an authentic, honest historical account that honours the legacy of those affected by the atrocities of violence and warfare.

“Presages from a Restless Soul” adds to this bloodcurdling ambience that surrounds the record – the fear and dread that is expressed in Hardy’s voice echoes the hundreds and thousands of screams of the music’s protagonists. Rhythmically, the drumming is precise, frequently offering a layer of complexity to the music (a credit to ex-White Ward drummer Yurii Kononov, who produced an immeasurable feat as a guest musician for this album).

Some riffs epitomise some old-school black metal in a sense too, which sounds pretty sweet; the artist shows a true sense of appreciation for the atmospheric and extremity of Darkthrone or Marduk perhaps. The following tracks, “Footprints of the Lost Child” and “Those Who Stand Still”, exemplify this well through galloping riffs that paint a dark atmospheric presence, bringing out the inner pessimism that appears as a central theme for this album. Combining this with the grand, folk-inspired elements and dissonant melodies, they construct a powerful narrative that grips the listener and draws them into this story of historic tragedy, horror, war, nobility, and human struggle.

The title track closes this beautifully bleak and resonant record in magnificent fashion, implementing a rather alternative style. The guitars drive the main melody that conveys a somewhat sombre mood, whilst these ambient-sounding drones and chimes deliver some melancholic clarity to this instrumental track. The final few minutes of this album appear to personify a sense of foreboding and sinisterness; without relying heavily on extreme distortion or volatile instrumentation, it is more an epilogue to the album’s narrative, telling the final chapter and ultimate fate of those who inspired the writing behind each song.

When it comes to black metal that aims at constructing a deeply personal and historically influenced narrative, nothing has quite been explored in the same vein as Pure Wrath did here. Hymn to the Woeful Hearts characterises themes of violence, suffering, injustice, and resistance tremendously well. Through an immeasurable display of these heavily distorted tremolo guitar passages, native folk-infused melodies, dissonant chord exchanges, and superb rhythmic and percussive contributions, the music carries with it a local sense of authenticity, bringing to light an accurate recollection of the unforgotten despair and grief through the eyes of a survivor of such horrific and unjust brutality. With many still suffering whilst living under the same regime of those who committed such atrocious acts of violence, Hymn to the Woeful Hearts can be seen as a soundtrack of hope and longing that one mustn’t forget the unforgiving and brutal reality of the 1965 Indonesian genocide.