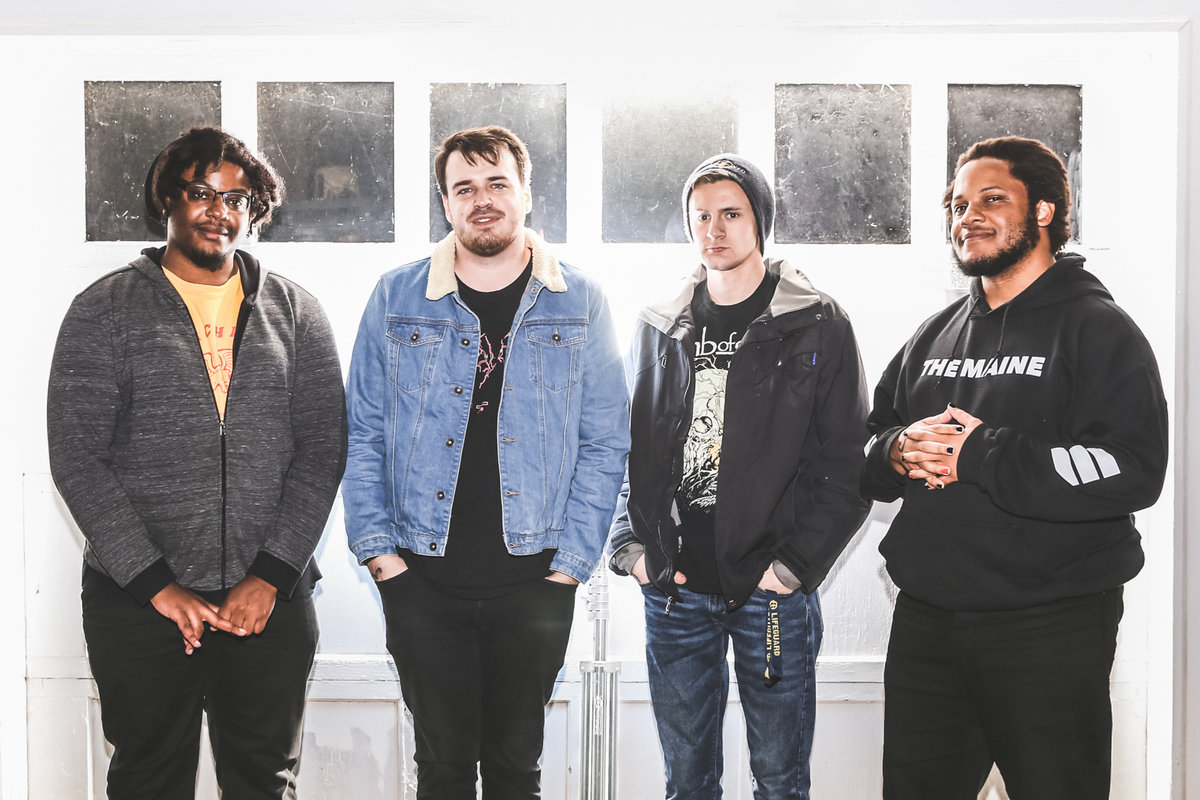 By Carlos Vélez-CancelMarch 18, 2021 No Comments

Speak Less sees pulses. at their most chaotic whilst continuing to showcase their knack for catchy, untamed, and authentic songwriting.

Virginian post-hardcore outfit pulses. have hit their stride last year with their second full-length Speak It Into Existence, a record that displayed a wonderful blend of energy, wit, and personality – and was also a personal 2020 highlight. With their unique songwriting craft that is both fun and smart, the record set a pretty high standard for them. Less than a year later, we are presented with the short but fierce EP – and companion piece for their aforementioned record – Speak Less, denoting a band with no intention of backing down anytime soon.

Just as the record titles suggest, Speak It Into Existence is a polychromatic sensory overload growing outwards, not unlike the Big Bang, whereas Speak Less sees the band dialling down the wackiness of it all without sacrificing the intensity they carry out so well. The free-spirited attitude that characterized the former is not much present here, as these twelve (yes, twelve!) tracks are more robust and focused, with ideas that are straightforward rather than colorful. Less TURN IT UP, more let’s fuck shit up. Unsurprisingly, they hit yet another jackpot.

What stuck out to me after listening to Speak Less was the way it sort of deconstructs the band’s sound into its musical influences. The presence of metallic hardcore and mathcore particularly – in the vein of Every Time I Die and Fall of Troy respectively – throughout the record is immediate. This becomes fairly evident on the first two tracks: opener “Absence of Evidence” (Downtown Battle Mountain’s “Untitled”, anyone? Just me?) lulls your way into this EP, until “Bold New Taste” comes at you with an uppercut harder than chewing a 5 Gum. ‘Okay‘, I thought to myself, ‘this is going to be another wild ride, isn’t it?‘

The production is crisp and meaty as ever, and, while it is not as flashy compared to their recent full-length, the chaos is still embedded in the band’s overall delivery; especially the vocals are ferocious in all the right ways. With “We’re Gonna Play, Steve”, you’ll end up with your skin crawling thanks to its bombastic outro, while in “II.”,  the emotions are at an all-time high – absolutely riveting! Plus, since most of the tracks are under two minutes in length, the messages pulses. are trying to convey here are much more urgent, and they do a really good job at it.

Coupled with this emotional potency is a musicianship that is ridiculously top-notch, exerting a multifaceted and contagious heaviness. There is something about the way they lay out these tracks that hits the spot every single time. With riffs like the ones on “Meet Me At Temecula” as well as “Miss Me”‘s impeccable flow, it is very hard to find yourself chewing your phone out of boredom. You know, Speak It Into Existence proved pulses. to be the exact polar opposite of stagnancy, and Speak Less simply elevated this by working around familiar sounds and still making them interesting and fresh. Even if the band venture towards other sub-genres, like they do with the pop-punk sweetener “As A Treat” (which is wholesome as hell, by the way), the pulses. trademark is just as present. Really, give these guys a call if you ever want to find out how to develop some bomb-ass chemistry, cause they clearly know their shit.

It is even more impressive how there is so much depth to this rather brief project. There is not a single instance in which Speak Less does not feel fleeting at all. From the moment the first track starts right until the very end of the EP, the cohesiveness and, again, the energy just come through without a glimpse of struggle.

pulses. are no joke, oh-ho-ho not even one single bit. Sure, they certainly know how to rally things up, but that does not take away from how meticulous and hard-working these people are when it comes to writing music that is absolutely well-built. Speak Less continues on this same route, showcasing a band that sounds confident, and they are clearly aware of this. They are the ones you find at a party losing it but also being able to strike an interesting and meaningful conversation, only to get right back to the madness and form a gnarly circle pit to, I don’t know, Alanis Morissette blurting out of a JBL speaker. The total package, I might say. Jests aside, pulses. have done it once again, and I can’t wait to know what surprises they will gift us from here on.