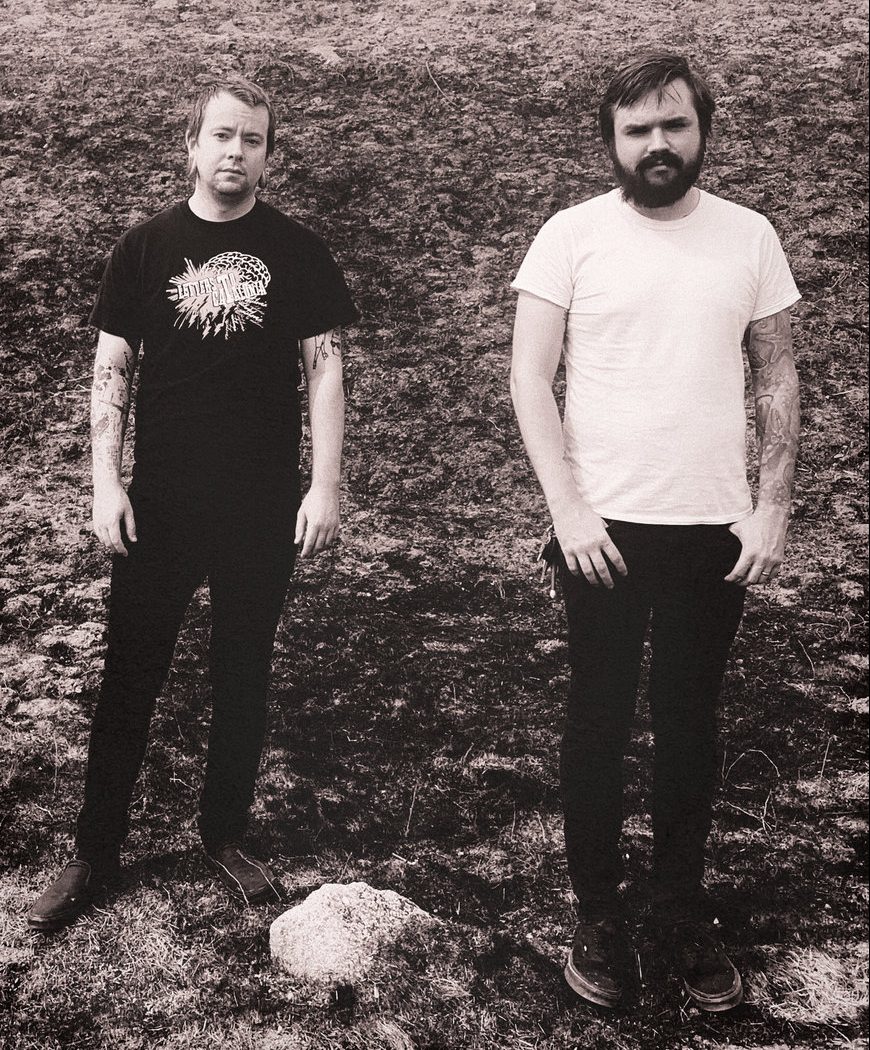 By Robert MiklosDecember 16, 2020 No Comments

[EDITOR’S NOTE: Before this illustrious review starts, in the interest of full disclosure, please note that one of our writers, Eeli, is a featured musician on one track of this album. That said, the review is presented as written, and makes no further mention of this little coincidence. Thanks!]

It’s the second time since I’m writing here that I get to review a band’s output twice. I talked about PlasticBag FaceMask‘s previous record, Withed Sepulcher, last year. The band did also have an EP released earlier in September as well. However, today I’ll be looking through the contents of Content. Yes, I had to make that pun twice. Live with it. Moving on, Content is without a doubt another step forward for our duo. This time around we also have a bunch of other artists coming in as guest musicians on some of the songs.

The fundamental sonic recipe of the band is virtually the same. Take a pile of chaos, add a few cups of chugs, a few cups of screeches, a pound of screaming and stir vigorously with a cement mixer until your hands are shaking and then leave the mixture in the furnace at a few thousand degrees overnight. That step forward I mentioned is about the band using better quality ingredients and a slightly different presentation for this recipe.

I will never realistically complain about sticking to a recipe, especially if said recipe is really good. As an artist you have no obligation to create a new and all around amazing recipe every time you lay your hands on your instrument. If you can do that, that’s awesome; if not, that’s also awesome – you’re still making stuff. That being said, PlasticBag FaceMask lay down a compelling collection of ideas over the course of Content.

As you would expect, the album is quite short, as dense as a pulsar, and as wild as a cosmic storm. From the almost classical mathcore format of “Pre-Madonna”, through the nigh grindcore exposition of “Baby, You and Me, We’re Like a Dictionary”, all the way to the progressive edge of “Favors Dad”, there’s a whole lot of different kinds of things to chew on here. While I’m not really sure what any of the featured guest musicians are contributing with on the respective songs they appear on, I am certain that they bring some of their personal flair into these tracks.

The delivery of the album is unilateral in the sense that it’s unhinged, raw, and all it wants is to basically bash your face in sonically. It does this with resounding success. The manic energy behind said delivery is really fun and it keeps things engaging, besides the simply mad songwriting of course. Speaking of songwriting, it’s not pure chaos like some of the more insane strains of mathcore, but it melds very neatly a high level of unpredictability with predictable, or rather, customary building blocks.

The way the music is voiced is more than apt as well. There’s really nothing else in particular to comment about in that department – everything is tight and brutal. If I were to pick a highlight, it’s the absolutely fat bass all throughout. We’re looking at a diverse take on mathcore with varying flavors oozing all over the place.

You get what you expect with Content. There are no sucker punches or disappointments. PlasticBag FaceMask don’t fuck around at all, they deliver us a proper record with plenty of replayability value and with virtually no flaws whatsoever. The only thing you need to do now is to get in on the action if you missed out until now.