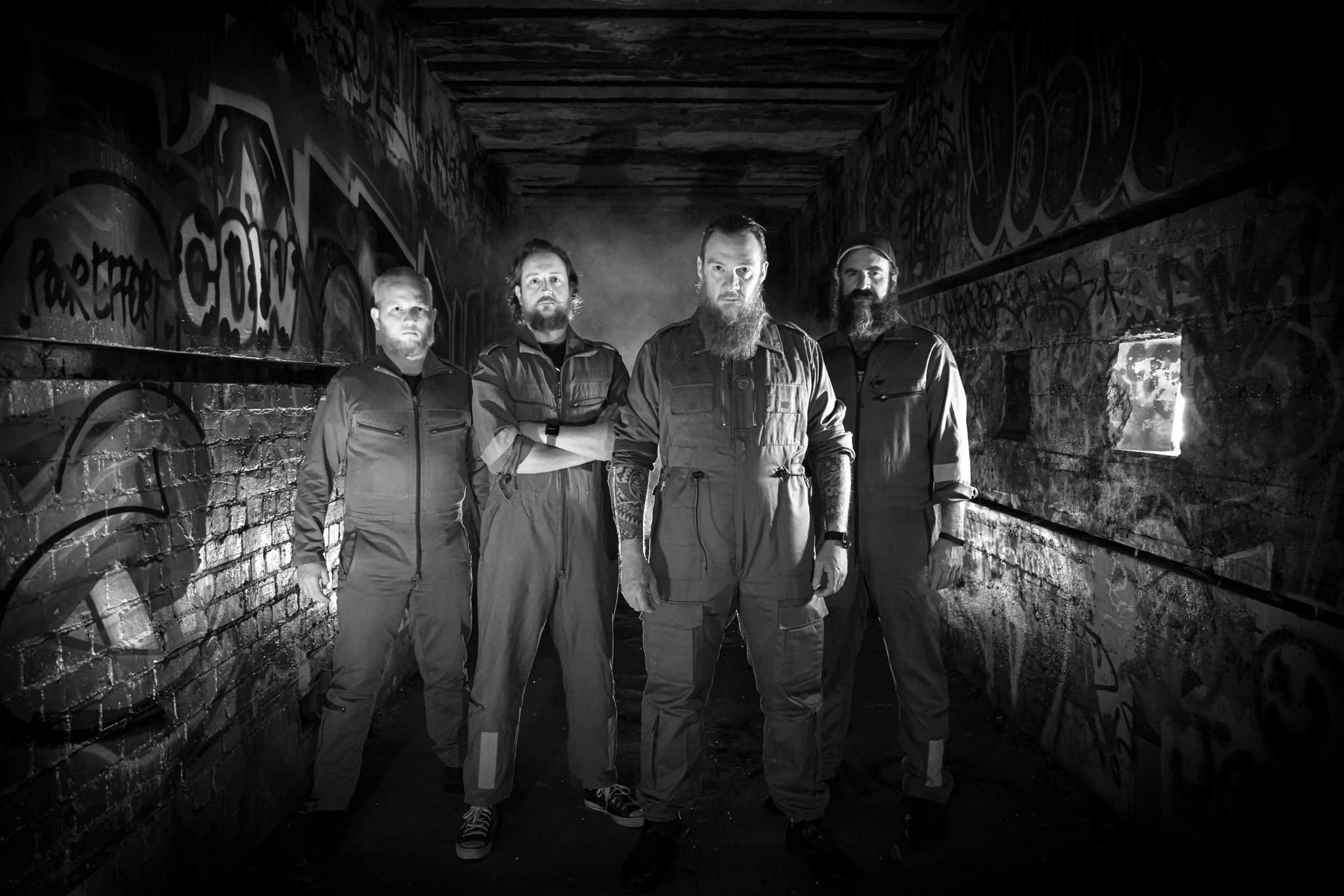 Planet Of The Dead – “Pilgrims”

Feeling down and need something cosmically heavy, yet packed full of good laughs and cracking vocal hooks? Planet of the Dead have got you covered!

After catching the dreaded lurg, I needed a pick-me-up in the form of some fun and energetic music. Upon spying the genre ‘cosmic doom’ in our review list, I had to give Planet of the Dead a test drive, and fuck me, what an excellent ride their second album Pilgrims is! On a personal level, it delivers exactly what I was looking for; objectively it sounds bloody good, yet might be seen by some as too simplistic or repetitive. First up, what the fuck is cosmic doom when it’s at home? Doom inspired by classic horror and sci-fi movies, packed full of pulpy goodness, atrocious one-liners, and epic album art. Certainly for fans of Kyuss, Acid Mammoth, and other bands who bring forth fuzz in loud volumes.

Pilgrims is the follow-up Planet of the Dead‘s debut album, which only launched in 2020. Part of me questioned how is such a thing possible, then I remembered these guys came from New Zealand. In a nation that isn’t fucking reckless and actually adhered to lockdown, they could write, rehearse, and get down the studio quite happily. The first album Fear of a Dead Planet itself is well worth a listen, yet I think the band properly nailed the riffs and vocal hooks in the follow-up. Pilgrims keep me coming back, with the stand out lyrics and foot-stomping riffs well worth revisiting.

Pilgrims starts off strong and maintains that level of power consistently throughout the full forty minutes of the album’s runtime. Planet of the Dead doesn’t stop for anything, unleashing meaty riff after meaty riff, all inspired by film classics such as Dune, Alien, and Robocop. The first track “Gom Jabbar” pokes at the former, whilst sounding cosmically epic. Swirling cosmic effects packed behind the riotous vocals and simple riffs make this an absolutely storming track to open to the album, too. Hilarious lines like ‘I am a massive superweapon‘ cap this song as one of my favourites of the album.

As you move through the album, tracks like “Pilgrim” will stand out thanks to the superb fuzz-laden main riff that is wonderfully simple, and brilliantly played by the band. Whether you’re jamming at home whilst cooking or out with some mates, this track really slaps. The New Zealanders have mastered the art of the bouncy riff for this album, with many tracks really popping off, to start with anyway. “Nostromo” kicks the habit pretty quickly, becoming a filthy sludge track towards the end, showcasing the bands skills at getting really heavy.

For those not listening too attentively, you might be confused into thinking the album is looping by the fifth track, but thankfully the band dropped “Directive IV” as the sixth. This Robocop-inspired track is just as hilarious as the film, opening with Mark Mundell’s exceptional lyrics and a fundamentally epic doom riff to accompany them. Lines like ‘You’re dead, you’re dead, we killed you, you started this, now I’m going to finish it‘ push this track to the top of my ‘blow off steam’ playlist; everything is better with Mark shouting hilarious movie lines at you.

Mixing-wise, the album sounds so damn crisp, whilst still retaining that pulpy feeling you associate with occult/stoner/sci-fi doom. If it didn’t sound so good, I think it would certainly be to the detriment of the record and would limit replays, but Pilgrims lands as one of those albums you never get snobby about throwing on. The artwork for Pilgrims is also top-notch – I’d recommend checking out the full piece on their website linked above. All in all, a perfect package of doom for those summer BBQ’s with mates, or something to stomp around the house to after a long day of work.