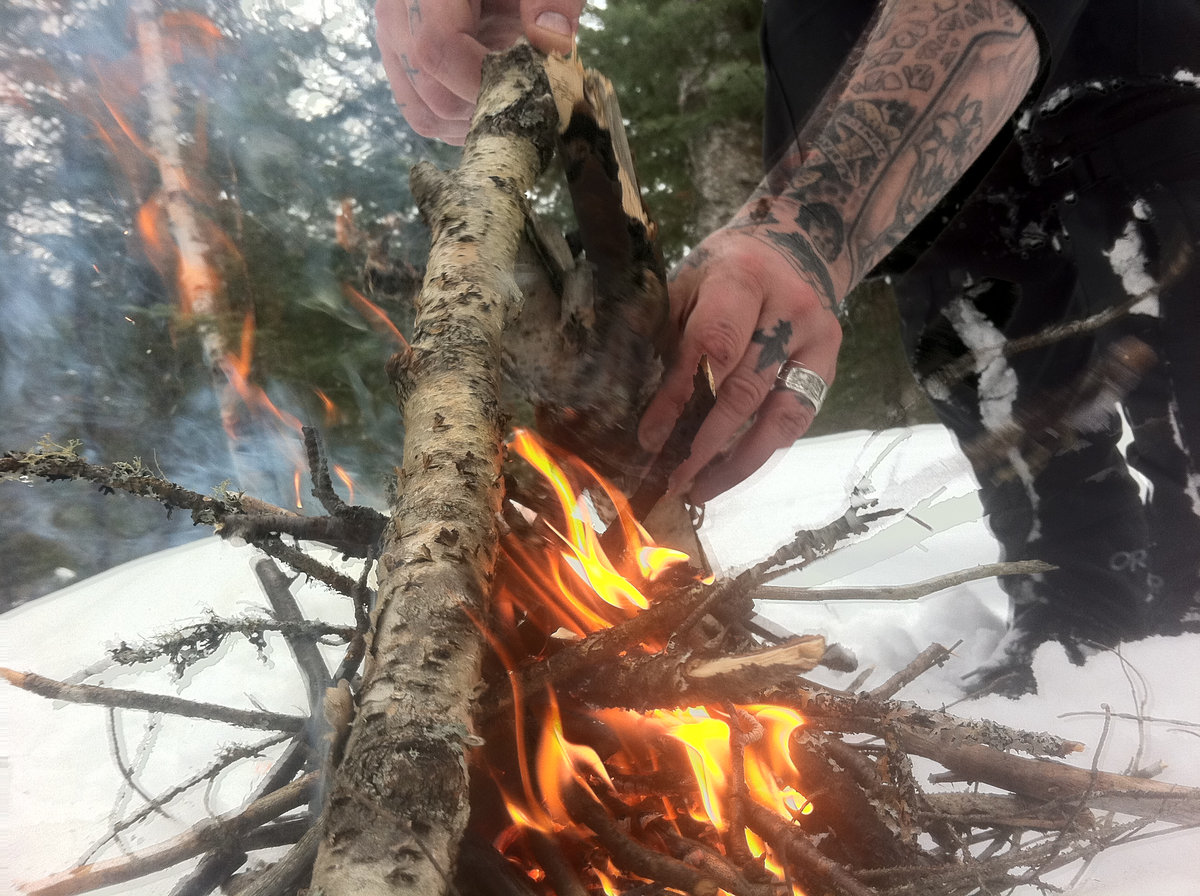 Panopticon – “…And Again into the Light”

Panopticon mark an impressive return with their ninth studio album …And Again into the Light bearing a deeply spiritual and emotionally fierce trademark sound emerging as another strong contribution to their already immense back catalogue.

Hailing from Louisville, Kentucky, Panopticon was initially the studio project for founding member and central creative force Austin Lunn. The band has since expanded as a live act whilst remaining deeply rooted to a folk-inspired black metal sound which incorporates elements of bluegrass, Appalachian folk, blackgaze, and 18th century protest music. Thematically, Panopticon have explored many spiritual, social, and environmental issues on previous records from the labour struggles in 2012’s Kentucky to the decline of the American wilderness (inspired by the writings of Sigurd Olson) in 2018’s The Scars of Man on the Once Nameless Wilderness. Following on from these masterful works, it furthermore becomes evident on …And Again into the Light that Panopticon aim to thoroughly expand on these themes of social isolation and personal struggle from the outset.

The first song on the album is the title track which opens with soothing, atmospheric clarity, allowing one to truly grasp the historic beauty of the once baron North American landscape. The chilling back and forth between the acoustic guitar and Lunn’s vocals captivate the majesty and sorrow whilst the accompaniment of the string sections adds some great emotional depth. As the music’s ambience continues into the second track “Dead Loons” the guitars fall into the background creating a climactic soundscape which builds into an eerie funeral doom section demonstrating the band’s ability to experiment with various metal subgenres along with a variety of folk elements. As the song reaches its mid-point, the vocals are introduced and a combination of blackened guitar riffs drive the track forward, however, not letting go of that emotional depth or clarity which was initially evoked through the folk-style intro.

“Rope Burn Exit” continues to push the sorrowfulness through intense blast beats and harsh guitar and vocal accompaniment. The violins are a sweet addition here which often provide deep atmosphere which reflect the suggestive pain and torment that are most likely conveyed lyrically. “A Snowless Winter” then follows bringing with it an icy, bone-chilling feeling which epitomises one’s expression of guilt and the sense of darkness consuming the individual who fights for freedom. Again, the strings play a significant role in maintaining an uneasy and tense presence that still somehow manages to convey a sense of spiritual bliss. This track is certainly one of the album’s strongest and does a good job of getting into the listener’s subconsciousness to effectively bring out their deepest emotions.

“Moth Eaten Soul” is the album reaching its lowest, shadowy depths in which the impression of hopelessness sets in through the dirt-like vocal growls that command ferocity and density. The guitars and violins provide a nice melodic exchange that often lean towards a much more sinister tone. It gets harder and harder to articulate what the lyrics may be trying to express, yet there seems to be an underlying theme of bleakness and isolation which the instrumentation successfully communicates. This is then contrasted with the next track “Her Golden Laughter Echoes (Reva’s Song)” which sees Panopticon demonstrating their trademark Appalachian folk and bluegrass influences as the banjo and acoustic guitar bring back that familiar old-timey groove that recalls the hopeful moments of clarity that were first present near the beginning of the record. The subtle nods to America’s musical traditions and historical customs are hard to ignore, musically constructing the vast, idyllic landscapes of the Old West.

Moving onwards, and “At Embers Dawn” continues this peaceful atmospheric delivery through folky soundscapes accompanied by the occasional addition of resonator guitar and echoing vocals which give an almost shoegaze sort of vibe. This song becomes quite powerful in a way allowing one to reminisce on past events, mistakes or traumas trying to make peace with these feelings. As the calmness soon turns to anguish and a blackgaze tone replaces the traditional folk with the massive, distorted black metal instrumentation, we are once again reminded of the changes taking place throughout an endlessly declining wilderness for industrialisation like replacing the old with the new. Finally, the album ends with “Know Hope” taking everything from the record and projecting it into one last release of energy. The blast-beat drumming gathers momentum whilst the guitars and vocals project great emotion and spirit. The folk-incorporated instrumentation, mostly recognised through the keys and pedal steel guitar, provide a tinge beauty in between moments of ominousness and gloom.

There is a rich sense of emotion and spiritual transcendence on much of Panopticon’s previous material, which many other folk black metal artists don’t seem to resonate as effectively, and …And Again into the Light is no exception making it a strong contender as one of the band’s best records to date. Despite giving me the urge to want to go and play Red Dead Redemption 2 after listening to this album, there is also something both amazing and interesting about the way in which Austin Lunn can construct such a vivid picture in the listener’s mind of the North American wilderness, capturing its beauty, history, and the challenges it faces. Moreover, there is another deep message that this record conveys concerning the artist’s own personal challenges in life which translates so fluently allowing listeners to engage with the content on a highly personal and intimate level.