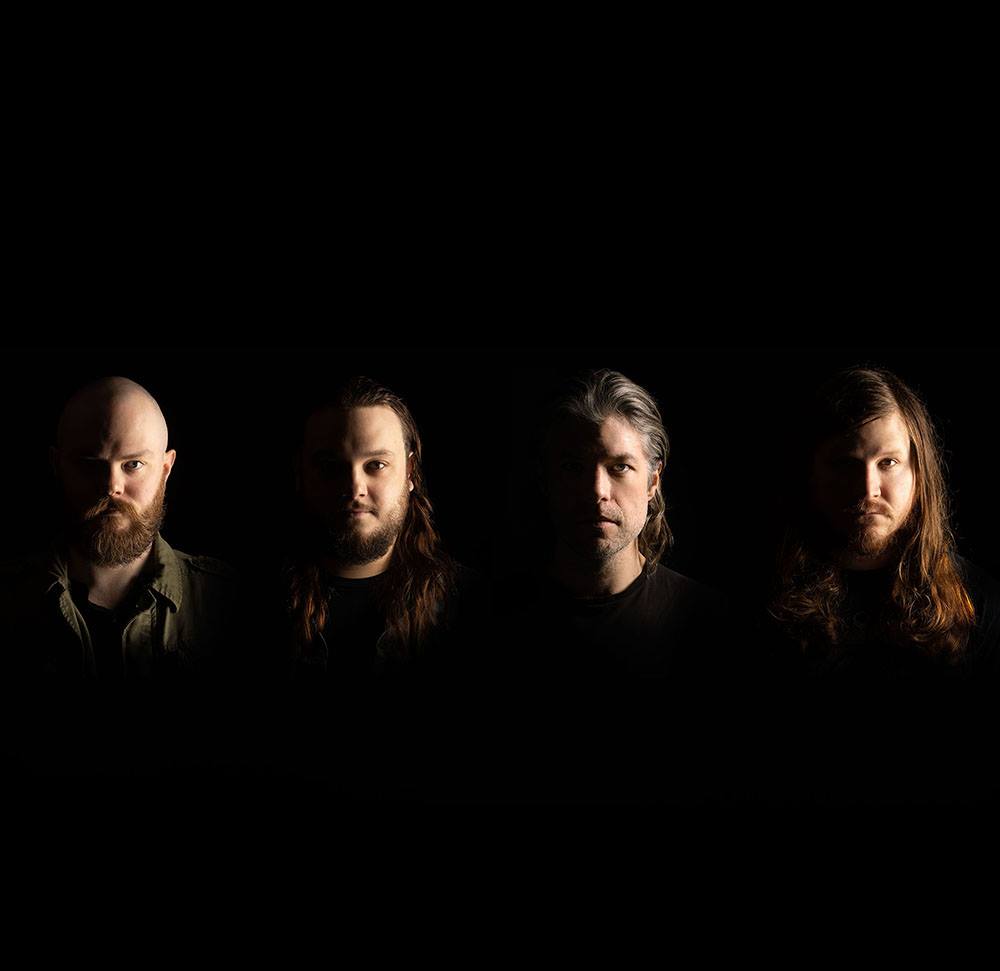 By Tyler KollinokOctober 20, 2020 No Comments

Pallbearer delivers the band’s best effort to date and exhibits the best doom metal has to offer on Forgotten Days.

A couple of months ago, I wrote a review for the new Sinisthra album where I discussed my lack of familiarity with doom metal. In all honesty, nothing has really changed. I’ve liked what I’ve heard, but knowledge of the expansive genre is definitely not my forte. However, that doesn’t mean I don’t have a select few doom artists that have caught my attention over the years.

Arkansas’s Pallbearer has been my favorite doom metal act since they released Foundations of Burden back in 2014. The band sounds like they were plucked straight from the early days of heavy metal and would fit in comfortably with Pentagram and Black Sabbath. While I mostly possess mainstream knowledge of the doom subgenre, I do have to say that Pallbearer breaks some of the common stereotypes. While the songs are slow and crushing, they don’t ever end up feeling sluggish. I equate that to the extensive utilization of strong guitar melodies and soaring vocals, inevitably making the band a force to be reckoned with. The band’s fourth album Forgotten Days has absolutely been a step in the right direction for their superb legacy.

Forgotten Days is as heavy as it is inventive. The tracks are all nicely varied and engaging, but aren’t drastically different from each other. With this approach, Pallbearer can comfortably combine different influences and ideas without drifting too far from their signature sound. The result is a record that is a cohesive unit of songs that can keep your attention, even if doom metal isn’t really your thing (like me!). In addition to stylistic concepts, the band shows their talents in both songwriting and performing throughout the album by delivering crushing riffs and melodic vocal hooks. This is all made apparent instantly in the opening track, “Forgotten Days”. While the guitar part is raw and certainly heavy, it is also catchy and easy to remember, making for a memorable and pleasant introduction for what is to come.

I have an odd attraction to the song “Riverbed”. It has the same mood as many of the other tracks on the album, but it’s far more dynamic. The song starts with guitars playing in harmony and soon moves to a pounding groove and exciting guitar melody. However, about a minute in, the intensity settles down and the song becomes more like a whisper. It’s a turn that you wouldn’t necessarily expect in the middle of a metal album. However, moments like these are necessary to make the album even more engaging to a listener. My favorite section occurs during the bridge – right after the second chorus, the chordal harmony in the guitars is both beautiful and crushing at the same time. To me, “Riverbed” checks all the boxes that a song like this needs to be unforgettable and haunting at the same time.

On previous releases, Pallbearer hasn’t been afraid to explore with longer tracks. Forgotten Days is no different with the inclusion of “Silver Wings”. The song is a beast and contains some of the best riffs from the entire album. In addition, it takes on a sludgy tone that would be common in Louisiana bands like Eyehategod. It may be one of the slower tracks, but it still packs an immense punch. However, I still can’t get over one little part. There are a few moments where the drums pull out and only guitars and some background effects remain. During this, the guitars harmonize and experiment with some dissonance in the harmony. Every time I hear one part, my ears perk up and I cringe a little bit. You might hear what I’m referring to and take no issue with it, but it has bothered me ever since I first heard it (yes, super nit-picky, but definitely something I wanted to mention).

I feel like it’s too easy to compare the band to Black Sabbath, primarily because of genre-based similarities. However, there are plenty of unexpected moments throughout the record that honestly caught me off guard. As a nice example, “Rite of Passage”, actually reminds me a bit of some classic NWOBHM bands. As soon as the song hits the hook in the chorus, the vocals sound as if Bruce Dickinson from Iron Maiden has stepped into the room to add his charm to the track. It’s one of my favorite moments on the album because of the sheer power of the vocal delivery. I would also be remiss if I didn’t mention the unconventional similarities to early grunge. Many of the riffs and vocal harmonies could fit perfectly on a classic Alice In Chains or Soundgarden album and you probably wouldn’t even bat an eye.

Pallbearer has already received plenty of critical acclaim over the years (deservedly so), but I have to say that Forgotten Days is easily the best record the band has released to date. This is no small feat, as I definitely believe that each preceding album has been incredibly solid and impressive. I feel like Forgotten Days is proof that the band’s experimentation into different territories is a beneficial idea because it allowed the album to take on massive energy that feels unique when compared to other metal albums from 2020. Pallbearer proves to me once again the metal is alive and well, but sometimes you just have to be willing to leave your comfort zone to look for it.