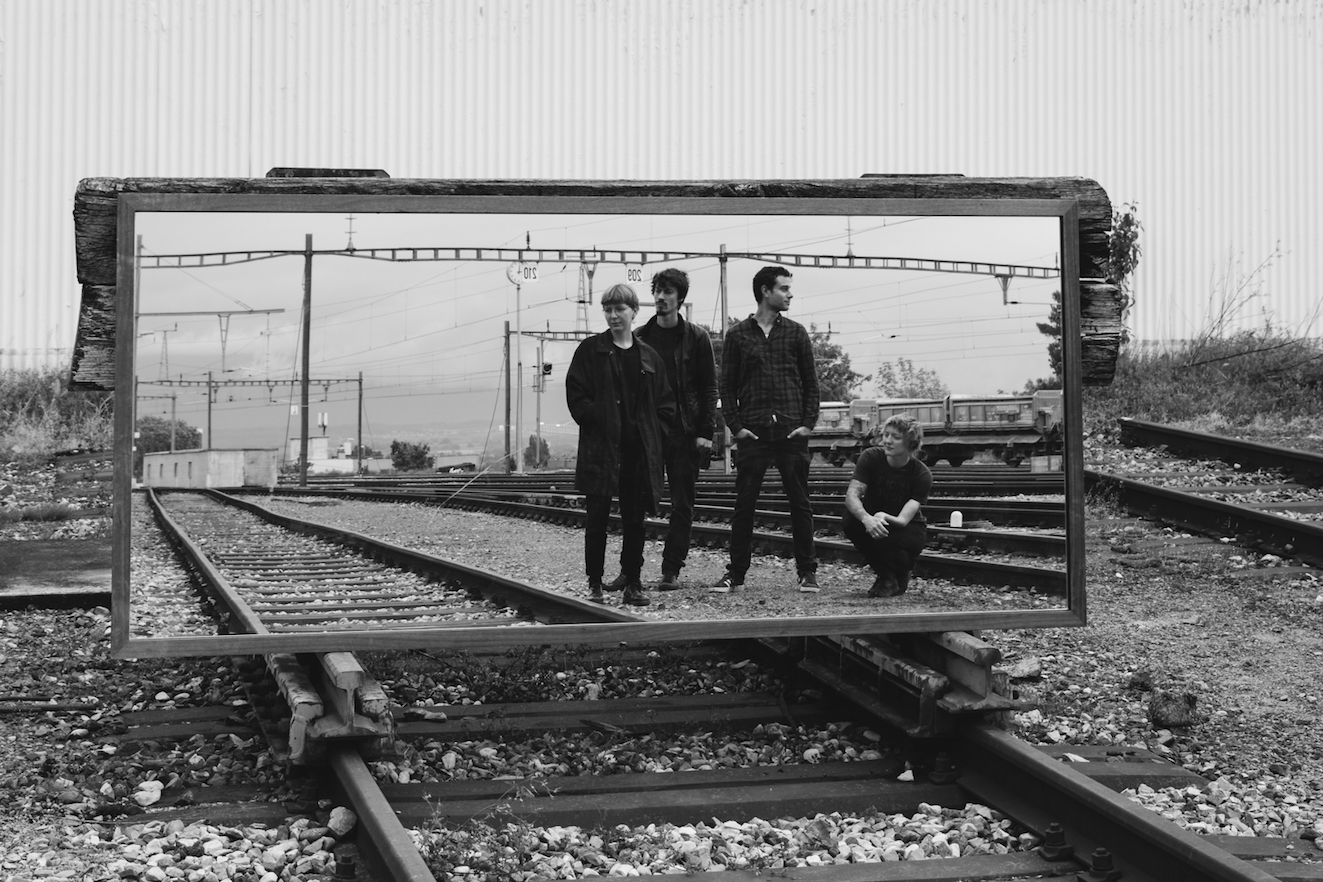 By Carlos Vélez-CancelOctober 20, 2020 No Comments

You know what they say: ‘I came looking for copper and found gold‘.

Swiss throttling rock act KØDE is that aforementioned gold as I continue to spin “Care” – their newest single off their upcoming second EP The Best We Can – with an ever-increasing grin, and to which Everything Is Noise has the utmost pleasure of premiering.

Combining the somber sensibilities of ’90s grunge and alt rock with meaty stoner rock-esque riffing, “Care” strikes me as a unique and well-rounded song with tons of dynamics and with a wonderful overall flow. The bass is particularly prominent and, along with the subtle use of synths, gives the song an edge that is exciting and leaves you wanting more. The vocals are beautifully haunting albeit never holding back, its croons conversely presenting itself as an aura of reassurance and hope through lines such as in the chorus: ‘I’m here among millions beings / there to care and here to smile / May happiness and peace be given to you / to us all’.

The single is accompanied by a music video, created by Nora Olivares, that delightfully captures the simplistic but emotionally hard-hitting nature of the song. With a blend of slice-of-life footages and animation, the video is a charming ode to the familiar akin to that of a belonging you tend to return to when in need of solace. Although there is a perceived feeling of distance and nostalgia just barely creeping in the background, the sense of comfort is nonetheless present, whether it be through the undulating animation of the characters in the video holding hands or the various clips of people wandering about at the beach. Really, this song and video was quite the surprise, and I am but eager to check out more of their stuff right after finishing this premiere. I believe you should also join me in this mini venture to ‘follow the KØDE‘. Sounds good? Of course it does!

As previously mentioned, “Care” is the official teaser for the band’s upcoming EP The Best We Can, which will be released on November 5 through Division Records. Give them a follow on Facebook and visit their Bandcamp page for any future updates!