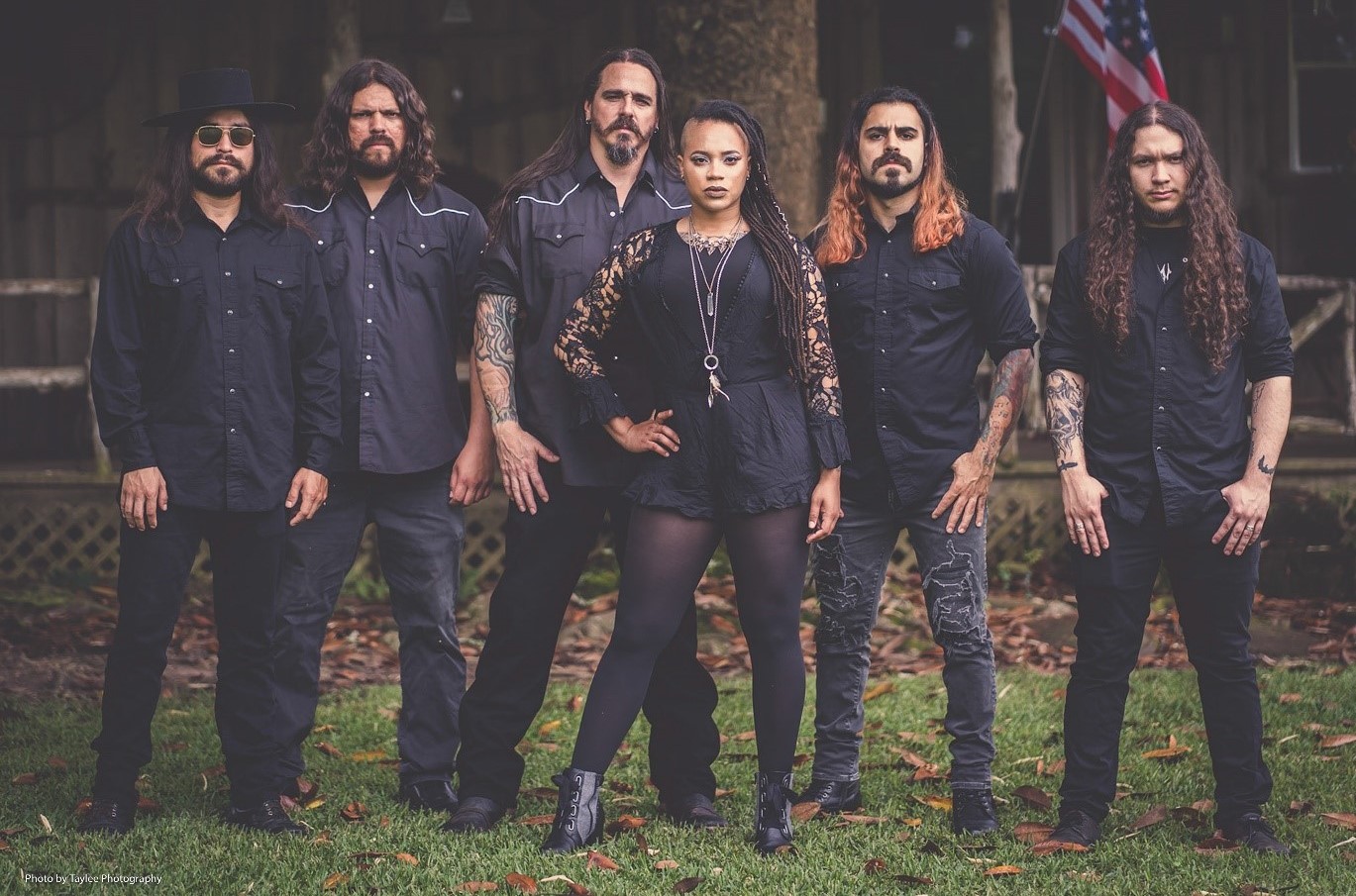 Oceans of Slumber hone in on their strengths to create their most fascinating and mystifying record to date.

Oceans of Slumber have truly found their calling with their newest effort. Ever since their debut record, they’ve been only getting better with each successive release, and this band have always been amazing. This group in particular always stood out to me among their counterparts as they’ve always had something special about them, and that full potential wasn’t truly tapped into until now. Oceans of Slumber is a record that takes you on a musical pilgrimage that defies genre and expectations. This is the perfect usage of a self-titled record, as this is the album that the band was destined to make all along, this is Oceans of Slumber.

Oceans of Slumber is a record that both demands and deserves your patience and full, undivided attention, otherwise it won’t have as much of an impact when passively listened to. Once you fully devote your time and ears, only then will your invested effort truly pay off and make this musical experience that much more worth it. I’ll be honest, I was not feeling this record much on the first couple of listens, but once I sat down and let it fully engulf me, only then was I able to understand and truly appreciate the artistic vision and final product that was set before me.

Although their musical career has been rooted in doom and progressive metal, this new record emphasizes many other styles and influences (soul, acoustic, electronic, gothic rock, orchestral/piano) and tastefully blends them together to create something that is unique to Oceans and Oceans alone. Their previous records did flirt with other styles quite a bit, but Oceans of Slumber fully embraced that wide range in sound on this record. The end result is twelve tracks that are each a journey of their own in one way or another.

The lead single, “A Return to the Earth Below”, is a perfect representation of what to expect. Cammie Gilbert’s beyond broody and soulful vocals beautifully lead the song as the rest of the band creates such warm and luscious soundscapes in the background. The vibrant and inviting instrumentation in the first half of the track is very well-contrasted with the massive sounding yet slow-paced descent towards controlled chaos in the last half. Although not necessarily that heavy at all, this track just hits differently as the melancholic piano accompaniment elevates the weight that this track already carries to a whole other level.

The use of recurring motifs and musical ideas throughout the album is very refreshing and helps the record stick that much more. For example, the piano melody heard in the lead single is found towards the end of “I Mourn These Yellowed Leaves”. There are also lyrical callbacks between track titles and other tracks themselves, which is always very fun to catch. Oceans of Slumber is a record that comes in full circle, leading you to somewhere new with each track but also providing you a sense of familiarity as you make your way through.

Given the vast amount of variety found throughout on this record, there are so many breathtaking moments, like the blistering yet magical outro to “Pray for Fire”, the moving duet featuring Mick Moss of Antimatter on “The Colors of Grace”, or the disturbing harsh vocal passages on “Total Failure Apparatus”. Although there is an obvious focus on the cleaner and dreamier passages with mostly sung vocals and gorgeous instrumentation, there are still plenty of heavier moments that will be sure to satiate your needs if that’s what you’re looking for. The heavier passages, both slow and fast, are tastefully mixed in the tracks to stay true to the band’s roots, all while the group continues to delve deeper into other stylistic choices and influences. When the metal fury isn’t raining down on you, you’re blessed with lavish, jazzy orchestrations, eloquent piano sections, and almost shoegaze-y sections with incredibly dense soundscapes that one can easily lose themselves in. Although the instrumentation is much more reserved, the instrumentalists’ performance across the board is incredibly top-notch and adds so much more sonic depth and range to these captivating tracks.

The emphasis on the cleaner and sung sections really allow for this band to capitalize on what makes them incredibly unique, that being Cammie’s unmatched vocal prowess. About half of the songs dial it back somewhat to let Cammie to belt out one of the most passionate and memorable vocal performances this year. The longer, chunkier tracks are well-paced throughout the record as the instrumental interludes and the shorter tracks space out those longer pieces and make them feel even more special rather than being more songs that feel like they drag on.

Oceans of Slumber‘s self-titled record will take you through the highest of highs and the lowest of lows as it is both an emotional and musical rollercoaster. Once my ride came to an end, I was already back in line craving more, despite its hulking length. It is one of those records that becomes so much more mesmerizing if you’re able to lose all sense of time and just let the music be your sole guide. I can confidently say that those who are apprehensive to metal in general will not be able to deny the true musicianship and ambition that is just oozing out of Oceans of Slumber. This isn’t just a fantastic metal record, this is a truly captivating piece of music, regardless of what genre it may or may not fall under.