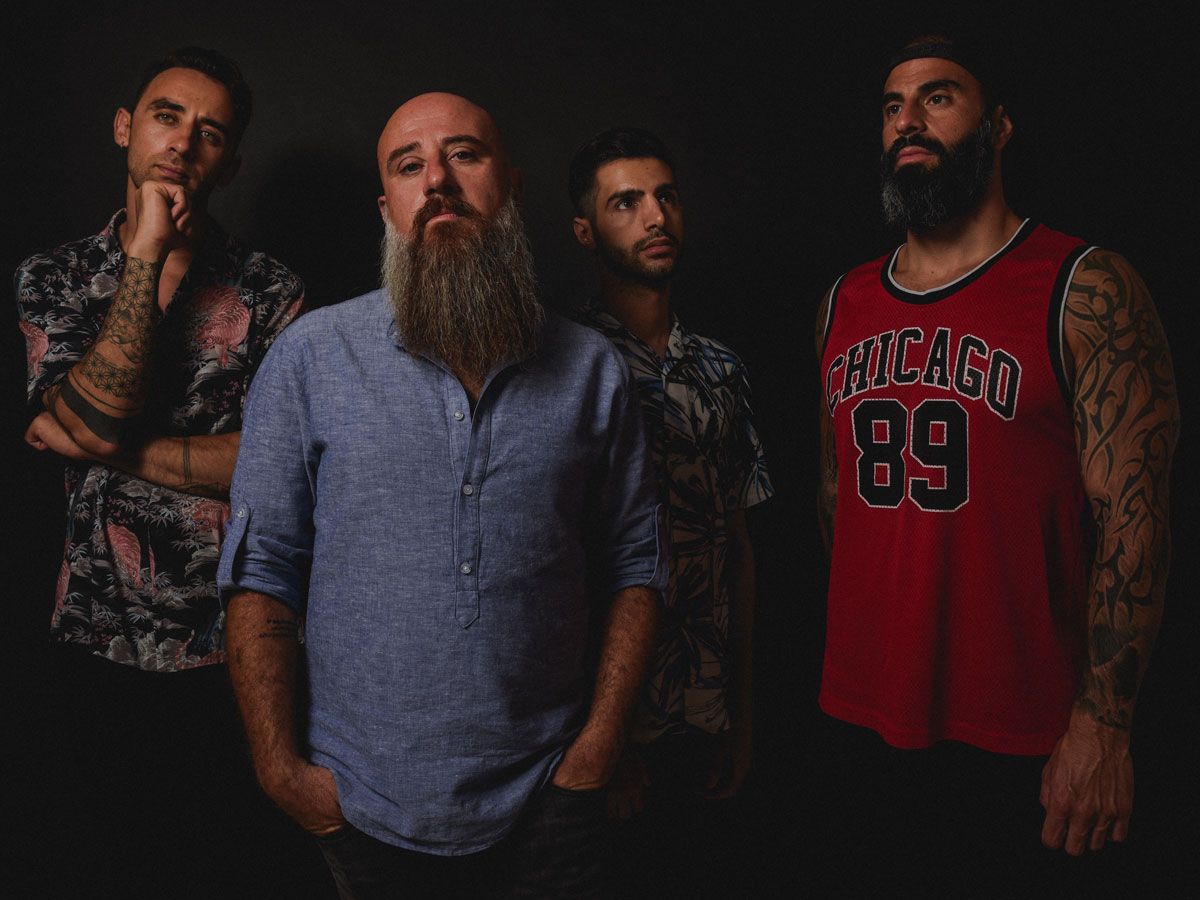 By Rodney FuchsSeptember 11, 2020 No Comments

We are happy to premiere Arcadian Child‘s new single “Snakecharm” today. For those who aren’t familiar with Arcadian Child yet; the quartet from Limassol, Cyprus released its debut album Afterglow in 2017 and received good support from the internationally growing neo-psych scene. The album’s success lead to a contract with Ripple Music and a reissue of said album, as well as the release of their second album Superfonica. In 2020, the band are about to release their third album called Protopsycho.

The sound of Arcadian Child builds on psychedelic rock, with blends of post-rock. It’s audible that the band comes from Cyprus, as they establish a slightly West Asian sound, similar to Turkish folk music. In fact, it sounds like a less experimental, more post-rocky version of Amsterdam-based group Altin Gün. “Snakecharm” starts with Arabian-sounding guitar scales and slowly evolves from atmospheric post-rock music to danceable psych-rock. The way Arcadian Child play with dynamics is incredibly captivating and this sound perfectly fits the trippy visuals.

‘Snakecharm is an ode to our roots. A fusion of cultures, where howls of the east echo in the west. As such, this is a very personal track for us and a defining one for our sound. We infuse psychedelia, traditional cypriot scales, tribal drumming and a heady jam-filled bridge.’

Overall, “Snakecharm” is a trippy, mesmerizing listening experience with a Balkan-folk feel deep within its instrumentals. Its combination of post- and psych rock is something you won’t be listening to every other day. Make sure to check this out. The band’s album Protopsycho will be released on October 9, 2020 via Rebel Waves Records. Visit Arcadian Child‘s socials to follow them (Facebook | Bandcamp | Spotify | YouTube)