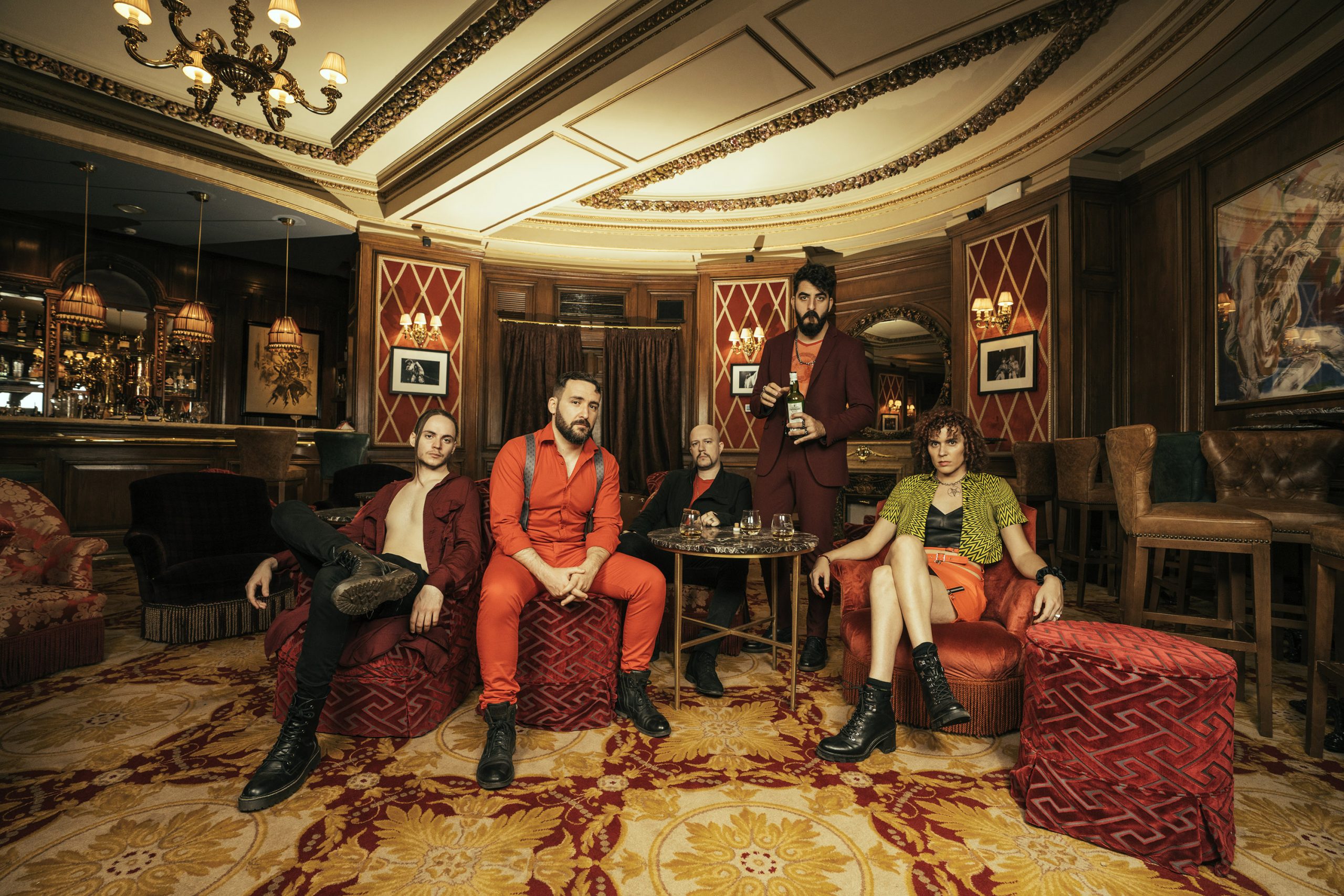 By Vidur PaliwalSeptember 21, 2020 No Comments

We at Everything Is Noise are big fans of music the defies easy categorization; music that is engaging without being restricted by the imaginary boundaries of a genre. One band that has lived up to these lofty expectations for me is Obsidian Kingdom. Their 2012 debut Mantiis is easily one of the most cinematic releases of the last decade, as it perfectly blended black metal influences with progressive ambiance and classic rock sensibilities. The follow-up in 2016’s A Year with No Summer, took away some of the extreme metal elements, but added a whole bunch of industrial and electronic influences, once again delivering an engaging album that made the influencing genres disappear in the background. Now keeping up with their four-year cycle, Obsidian Kingdom are back with their third full-length Meat Machine.

The vast leap the Catalonian quintet had undertaken on A Year with No Summer had braced me for another drastic shift. While Meat Machine does see the band bring in a few new elements into their songwriting, it focuses on streamlining and improving upon the sound of their sophomore album. One does not have to wait long to see this, as the album opener “The Edge” showcases this improvement from the get-go. The song brings together contrasting noisy and ethereal moments, clashing and creating an untamable two-headed monster.

Additionally, the extreme black metal influences of their debut Mantiis have pretty much disappeared, but its larger-than-life cinematic feeling has been well-preserved with the lead single “Meat Star” being the perfect example. A wild concoction of Mastodon‘s sludgy sound mixed with Cult of Luna‘s post-metal song structure, it allows the listener to ride the wave, hit the crescendo, and crash, all within the runtime of four minutes and forty seconds.

Given the vast sound palette the band is painting with, it is commendable that the album manages to keep a sense of cohesiveness despite the sound taking drastic turns from one song to the next. Where the intro to “Mr. Pan” dabbles in Nine Inch Nails electronica territory, it quickly mutates into a classic Dio/Black Sabbath inspired single. The follow-up, “Naked Politics”, is a radio-friendly rock song that sees the band taking cues from the likes of Alter Bridge, albeit with the addition of their own progressive touches. The fact that these two hard hitters give way to a progressive epic orchestral beast in “Flesh World” sounds jarring on paper, but is pulled off right under the listener’s feet without even them realizing.

One element that also has factored in the constant evolution of Obsidian Kingdom‘s sounds are the multiple lineup changes the band has had over the years, and the influence of the newer members shines out on Meat Machine. Founder and only original member Rider G Omega’s versatile vocals are still front and center, but the addition of Jade Riot Cul’s pipes, especially on the introspective “Foe”, gives the album an emotional touch. Her work on the synthesizers is even more impressive, as the synth elements on “Spanker” do remind one of James Kent (Perturbator), and that is never a bad thing.

As one reaches the end of the album and looks back, it feels hard to put the finger on what exactly makes Obsidian Kingdom‘s music so thoroughly enjoyable. Despite wearing the multiple influences with pride on their sleeves, the band showcases great care and maturity in crafting their sound. Unafraid to mix opposing sounds, they manage to make Meat Machine sound energetic and original. Hence, as one would expect, all those that enjoy the wild 48-minute ride of the album are bound to find themselves coming back time and again.