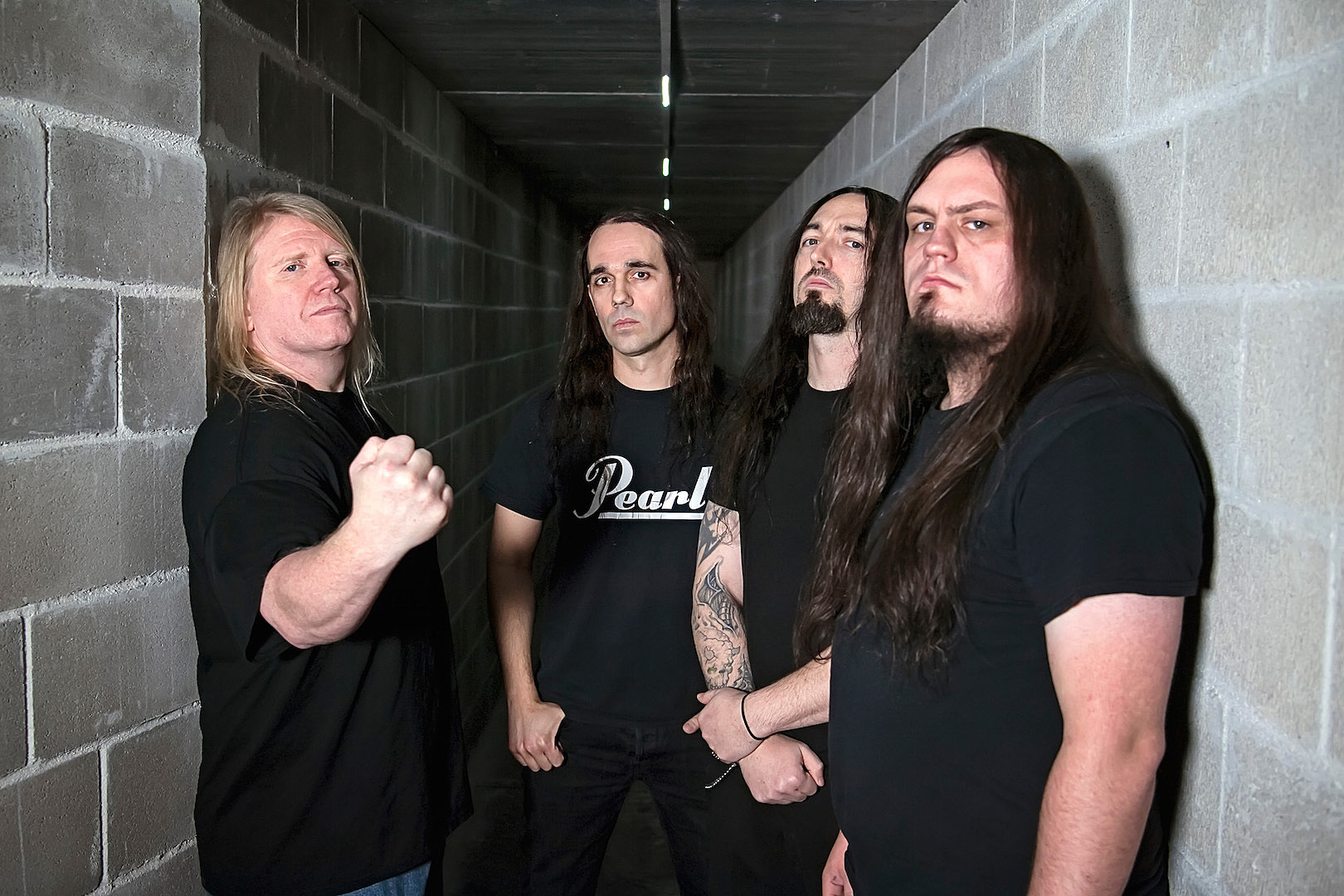 By Jake WaltersNovember 6, 2019 No Comments

After a four-year absence, tech death heavy-hitters Nile return with Vile Nilotic Rites. It’s a hefty slab of metal that shows that the band are still alive and kicking, but could have used a little more trimming.

Greenville, South Carolina tech death stalwarts Nile are back with their first LP in four years and their first since the departure of mainstay Dallas Toler-Wade. Vile Nilotic Rites is 11 tracks and nearly one hour of blistering riffs all with their trademark affectionate nod to ancient Egypt. This band has always been a talented technical outfit with guitarist Karl Sanders and drummer George Kollias holding things down for over two decades. Nile have some genuine staples in the tech death space with records like Annihilation Of The Wicked, and one has to take this into consideration when reviewing new albums for very established bands. What does Nile have left to prove? Have they anything left to say?

As the album begins, it seems that Nile want to say that they can still absolutely wreck shit with the intensity of bands half their age. The first three tracks are ferocious fare that will no doubt be a hit at live shows and get those pits swirling like a midwest twister. For me, these tracks were kind of just OK. There’s nothing bad per se about them, but there was nothing that made me too exceedingly glad that Nile were finally back after all this time. That didn’t happen until I got to the fourth track, “Seven Horns Of War”. This nearly nine-minute epic puts the pedal to the metal on theatricality, brutality, and, oddly, elegance. Thunderous drumming from Kollias, massive horns sections, and some of the best vocals on the album thus far. Hell, there’s even a recurring motif from Howard Shore’s amazing soundtrack from The Lord Of The Rings movies in this.

Things definitely pick up for Vile Nilotic Rites from this point onward. “That Which Is Forbidden” keeps the tempo slow at the start, and the chanting adds additional atmosphere with the vocals get stretched over the solid framework of the rhythm section. It’s a great track that stands as one of the best to be found on the album. There’s some real substance to what they did here and it stands in somewhat stark contrast to the frenetic but ultimately benign opening volley of the record. That of course doesn’t mean that all of their up-tempo bangers lack substance.

“Snake Pit Mating Frenzy” stands as the best ‘banger’ to be found here. It’s smart that it doesn’t overstay its welcome and accomplishes what it should then self-terminates. It’s my opinion that metal records as a whole have been a bit bloated this year, and while sometimes more is more, the idiom ‘less is more’ is more often than not, true. This album suffers from that a bit as well at nearly an hour – it can be difficult to keep things interesting enough to justify the time a listener would need to commit to give it one full listen through. While there are some attempts to add dynamics to the pace (see “Thus Sayeth The Parasites Of The Mind”), things do tend to go on for a touch too long for my taste. Of course, this is an observation that is solely in the eye of the beholder, but my take was the fat wasn’t quite trimmed enough.

It should be known that I do have a general fondness for Nile. I like the sort of blue collar approach, their skill set as a band, and their unique subject matter, all of which set them apart from your standard run-of-the-mill tech death. Their personality still shines through on the record from the sonic composition to the names of the songs. The chosen gimmick of Egyptology could be taken to a level of absurdity or annoying self-seriousness, but they stop just shy of being tongue-in-cheek and manage to just use this backdrop to have fun. And fun they have. Song titles like “The Oxford Handbook Of Savage Genocidal Warfare” is anything but pretentious.

When the final note rang out on Vile Nilotic Rites, I felt as if I had been on fun but somewhat exhausting ride. The songs themselves never really overstay their welcome, but collectively the album runs a bit long for my ear. This is really my chief complaint however. These guys still know how to write great tech death, maximize the use of their theme without being tiresome, and have fun along the way. If you’ve liked Nile’s output until now, you’ll not be disappointed.