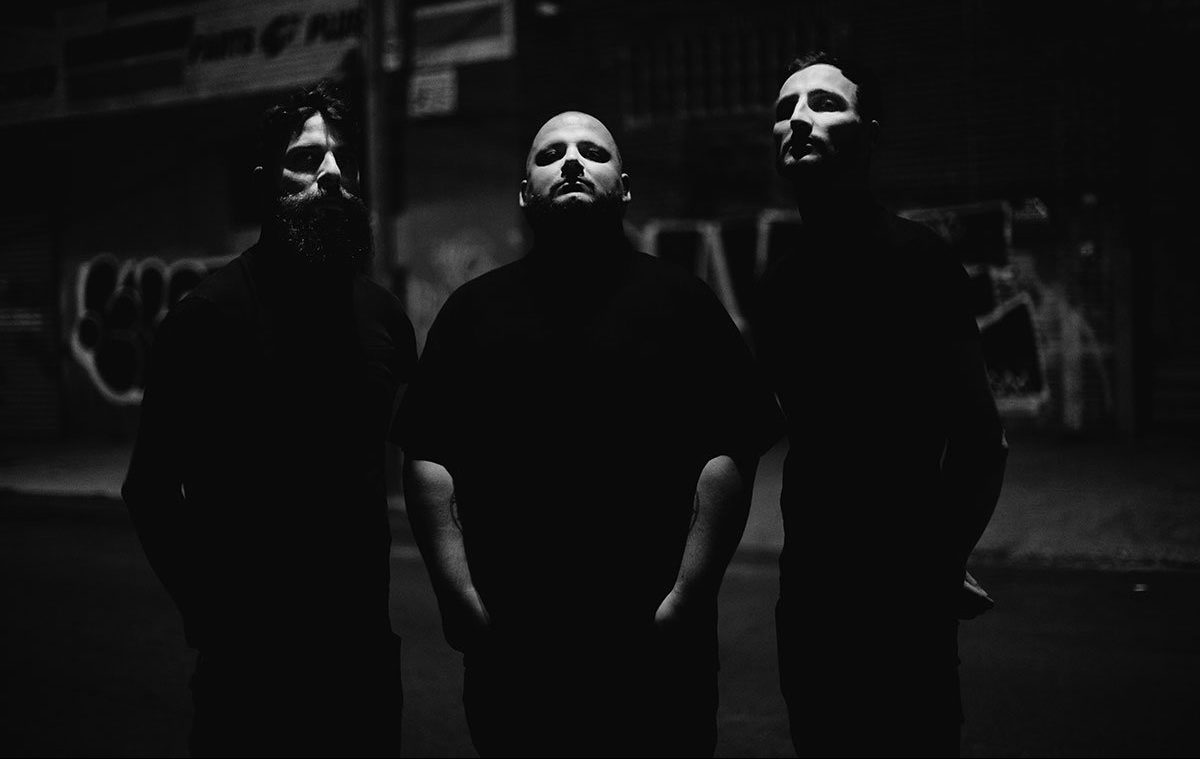 By Robert MiklosSeptember 25, 2021 No Comments

Monolith of Corrosion lives up to the implications of its name and so do Nightmarer through their bleak and harrowing EP.

I’m not particularly a fan of extremely dark and cavernous metal, but Nightmarer really hit the jackpot with everything they did across Monolith of Corrosion. A record that is aptly released through Total Dissonance Worship, it has more than plenty of dissonance/atonal touches to satisfy some of the grittiest and most unforgiving needs.

Monolith of Corrosion is a thirteen-minute slab of relentless blackened death metal which takes dissonance and puts it at the front of the action, along with some technical touches. While that may sound like a combination you’ve heard before, like from the well-known metallers in Ulcerate, do keep in mind that this is an entirely different affair.

I actually meant what I said about the band living up to its name. The moods which are sculpted through hulking riffs, demonic vocals, and discordant harmonization are the stuff of which nightmares are made. I would imagine this type of music being played in Duat and/or Tartarus, so that’s the kind of scenery I would also picture being appropriate as a visual counterpart to the sonic onslaught.

The three tracks which comprise the EP flow effortlessly and seamlessly into each other, creating a unitary whole. This would also beg the question as to why was it deemed necessary to even split the entire thing into tracks, but that’s neither here nor there.

The music is dense in atmosphere and its utilization of pacing, rather than cramming as much as possible into as little as possible. It’s a very effective demonstration that you can get evil, massive, and megalithic things out of your death/black metal without having to make it a cacophony of notes. The oscillating tempo, which seems to rest around the more moderate areas, also adds a dark charm to the entire package.

It is also obvious that the band set out with a very clear vision in mind when crafting Monolith of Corrosion. Everything has its specific spot; no increment of sound is accidental in this mix. This meticulous character doesn’t immediately materialize itself, it takes a few listens to see it rising ominously from the mix.

It’s also a little something more than all of the above, because when I listen to a record, the snob in me always feels like some things could be different and whatnot. I’m on my whichever listen (I lost count) and there’s nothing I would change: the instrument tones are perfect and they rest very well in the mix; the vocals are as demolishing as the instrumentation, and the overall packaging via the production is more than appropriate — it’s simply perfect.

Compelling metal is something that, to me, appears to be a rare commodity. Nightmarer are here to reassure us that, as far as they are concerned, this is not a problem. Monolith of Corrosion stands tall and mighty as a bleak and harrowing monument to what the darker depths of metal can achieve.