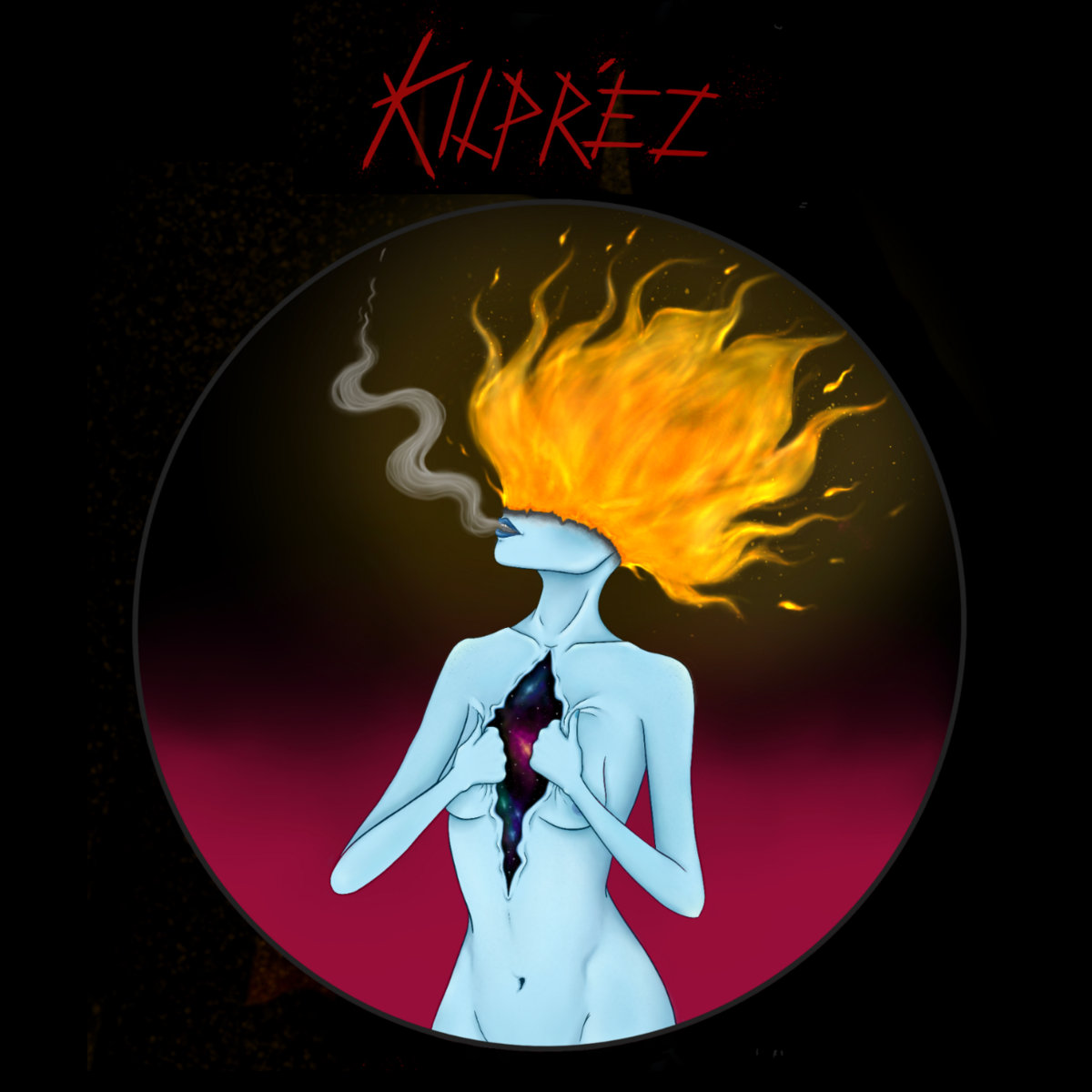 Patron Saint of Lost Causes is one hell of a ride, as Kilpréz delivers a very solid and multifaceted mathcore experience straight into our ears.

I firmly believe that this year has been especially rich in terms of the amount and quality of music released. Throughout the veritable plethora of sonic offerings, I’ve noticed that mathcore hasn’t been particularly prolific. To remedy that, to some extent at least, Kilpréz dropped out of the blue with one of the most enchanting and promising debuts I’ve heard this year. Patron Saint of Lost Causes is a rich journey through chaos and abrasion, which doesn’t feel the need to latch onto any particular musical area. For the sake of brevity, I’m calling it a mathcore album, but also since that’s what seems to be the dominant hue.

I was basically sold after I finished the first track. It was as simple as that. There are a lot of things going on throughout, and it would take an exhaustive amount of time and words to dive into each in detail. So, because of that, I’ll do my best to fight my obsessive instincts and keep all of this as on point as I can. As I mentioned above, the backbone of the record rests firmly within mathcore territory, although it does branch out a fair deal. This tends to be somewhat of a recurring trait among mathcore bands, but Kilpréz goes a few steps further, entering a stage where its output is — for all intents and purposes — genreless.

There’s a fair amount of post-hardcore influences scattered around, with the most visible instance being “A Drowning Smile”, if you ask me. The length of the song kind of implies this before even hitting play, too. In its ample space, it spends its time developing textures and exploring moods as well, something that further lends to the depth of this influence. “Colony Collapse”, on the other hand, explores an almost claustrophobic atmosphere with dragged-out riffs that hearken heavily to a doom or sludge mindset and delivery throughout its run. Turning a little around, the album opener, “Redundancy of Role”, hits the gas pedal with a nigh-technical death metal type of ride. Everything is fast, hard, and leaves us with little room to breathe. So to summarize, a diverse sonic tapestry is woven with lots of nuance and intricate details.

Patron Saint of Lost Causes doesn’t just hit hard, in spite of the fact that most of its delivery relies on a heavy punch. It contrasts this very neatly with its softer leanings, which highlight a proclivity for exploring moods through a melodically inclined mindset. The heavy side is also a little more detailed than a skimmed listen would reveal. In this wild and chaotic agglomeration of notes, besides the groovy riffs, breakdowns, and shredding, there’s a very technical way of putting things without veering too much into technical wankery territory.

The album flows fairly well as you dig into it from top to bottom. It starts out absolutely balls-to-the-wall with a fire-and-brimstone kind of attitude and manages to stay engaging until around halfway, where there’s some kind of dip. As fun as “A Drowning Smile” is, it is a tad long and cuts some of the steam, with “Forever For Now” picking back up with its epic ending. For whatever reason, “Delete The Elite” is right around where I experience this dip. I’m not really sure what it is, but I just feel like my excitement is losing momentum. Maybe it’s just me. While I also didn’t find the next two tracks particularly enthralling by the already-set standard, the closing title track, “Patron Saint of Lost Causes”, really makes up for all of the above and wraps everything up perfectly. It’s just one of those ending songs that makes the record — instead of breaking it. Besides the opener, I think it’s my favorite song too.

For a one-man band, Kilpréz feels highly focused and doesn’t seem to lack coherence, nor gets wound up in some self-indulgent mess, as one-man bands (unfortunately) often tend to. Sure, some of the phrasings can go on for a little longer than it would feel necessary in the given context, but I guess we can cut that some slack. The production also doesn’t stand out as on par with the presented ideas, or rather, fitting for what said ideas want to accomplish. It’s a little rough around the edges and seems to lack a certain amount of depth. It doesn’t take away from the enjoyment though, so I think that definitely counts for something.

Mean breakdowns, fat riffs, wild screeching, nigh-mindless shreds, sassy overtones, lush atmosphere, diverse soundscapes — I swear, when you put it down like that, Kilpréz has it all throughout Patron Saint of Lost Causes. There’s absolutely no reason to sleep on this record if you’re into anything that’s heavy.