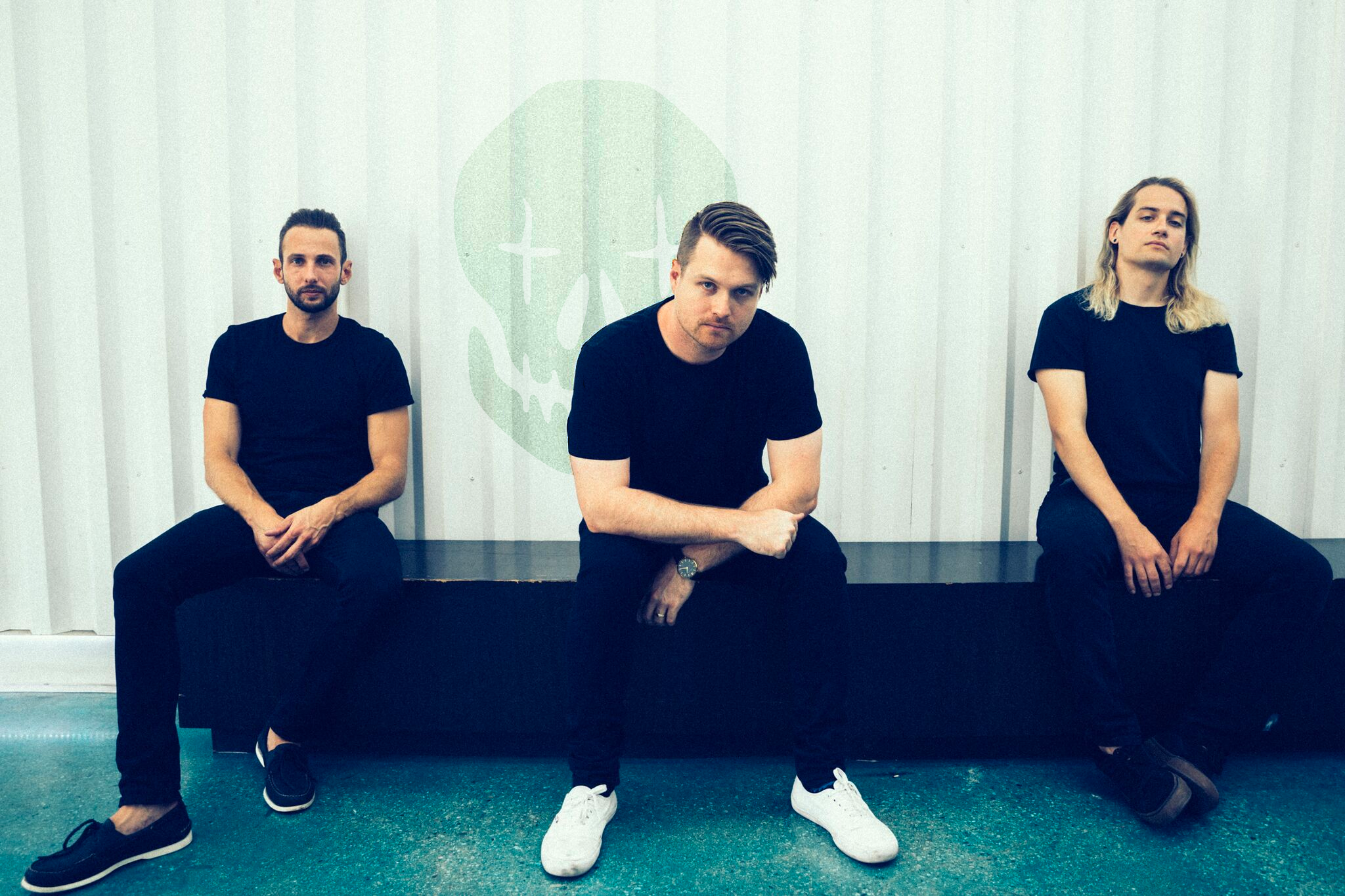 New Language – “Stuck With Yourself”

By Faisal BinzagrJanuary 10, 2021 No Comments

On Stuck With Yourself, New Language prove that badass rock ‘n’ roll can be modern and polished without compromising integrity or sounding overly sanitized.

New Language are an LA-based ‘rock band’ (I’ll be circling back to this in a bit) formed in 2016 that I hadn’t personally heard of until picking up their sophomore album Stuck With Yourself to review, based purely on its eye-grabbing cover art. Does that make me shallow? No – it’s a testament to the power of visual art, and the importance of interconnectedness when it comes to making a work of art succeed… Because that’s just the thing, the cover art for Stuck With Yourself is a true reflection of the music, in all its splattered glory. While on the surface things are chaotic and all over the place, careful adherence to its binary color palette hints at the interconnectedness binding this buzzing record together.

What do New Language sound like? I called them a rock back, and strictly speaking, this is true. It’s a variety of modern rock made famous by bands like Imagine Dragons and Twenty One Pilots, albeit executed in a markedly different way. There lies an assortment of unexpected influences beneath these infectiously energetic tracks, and on several occasions I found myself genuinely surprised by the direction they took. At all points, you can rely on hyper-processed, punchy drum work to carry the tunes along and land hard, be it through snappy uptempo pop rhythms, funk metal groove, or some decidedly heavier shit the band were bold enough to take on.

If this all sounds a bit confusing, it is. A band this polished, playing within a sandbox established by what are effectively pop groups should not sound this rock ‘n’ roll and badass. There’s a no-fucks-given attitude at play that is decidedly punk, one that lends each of the album’s nine tracks a distinctive flair, allowing each to rise and become memorable in its own right.

You could argue tracks like “Stays The Same”, “House of Cards”, and “Lights Out” represent the album’s core sound: Uptempo rock party anthems with higher-pitched, sort-of-chanted vocals, synthesized guitar squeals, and other effects, with a healthy dose of Rage Against The Machine funk-metal goodness mixed in. Although relatively straightforward and concise, these tracks always manage to throw in a sound effect, accent, or mix-up bound to make you raise your eyebrows.

While the core sound is great, it’s the weird outliers that truly elevate the record. Take for example my personal favorite track, “Play Dead”, which slows things down in a big way during the chorus, tunes the guitars lower, and plods with seductive energy in a manner reminiscent of modern Deftones while managing to avoid sounding anything like Deftones. It practically veers into full-on heavy metal territory with its plodding grooves, and I’m here for it.

Similarly, “Paranoid” ditches the formula almost completely in favor of a ‘gazey alt-rock anthem that plays with texture and detail in ways that are a true delight. Its grunge-y wall of sound and leads doing wild things all over the place are the musical equivalent of lightening bolts cracking through thick cloud coverage, while the quieter moments allow details like spacey, jammed cassette noises and wonderful drumstick clicking to take center stage. It’s a terrifically dynamic track, one the band feels most comfortable in, and I hope they move forward in this direction for future releases.

By the time album closer “Black Magic” sees us off with a massive funk-metal breakdown, you know you’ve heard something special. Not to be melodramatic, but I believe New Language have what it takes to further develop their sound into something that could finally be the return of the rock ‘n’ roll spirit to mainstream music. Many variables come into play in the establishment of new musical trends, but as far as putting in the work to develop the right sound, New Language cracked it with Stuck With Yourself, proving that polish and punk spirit can comfortably co-exist.