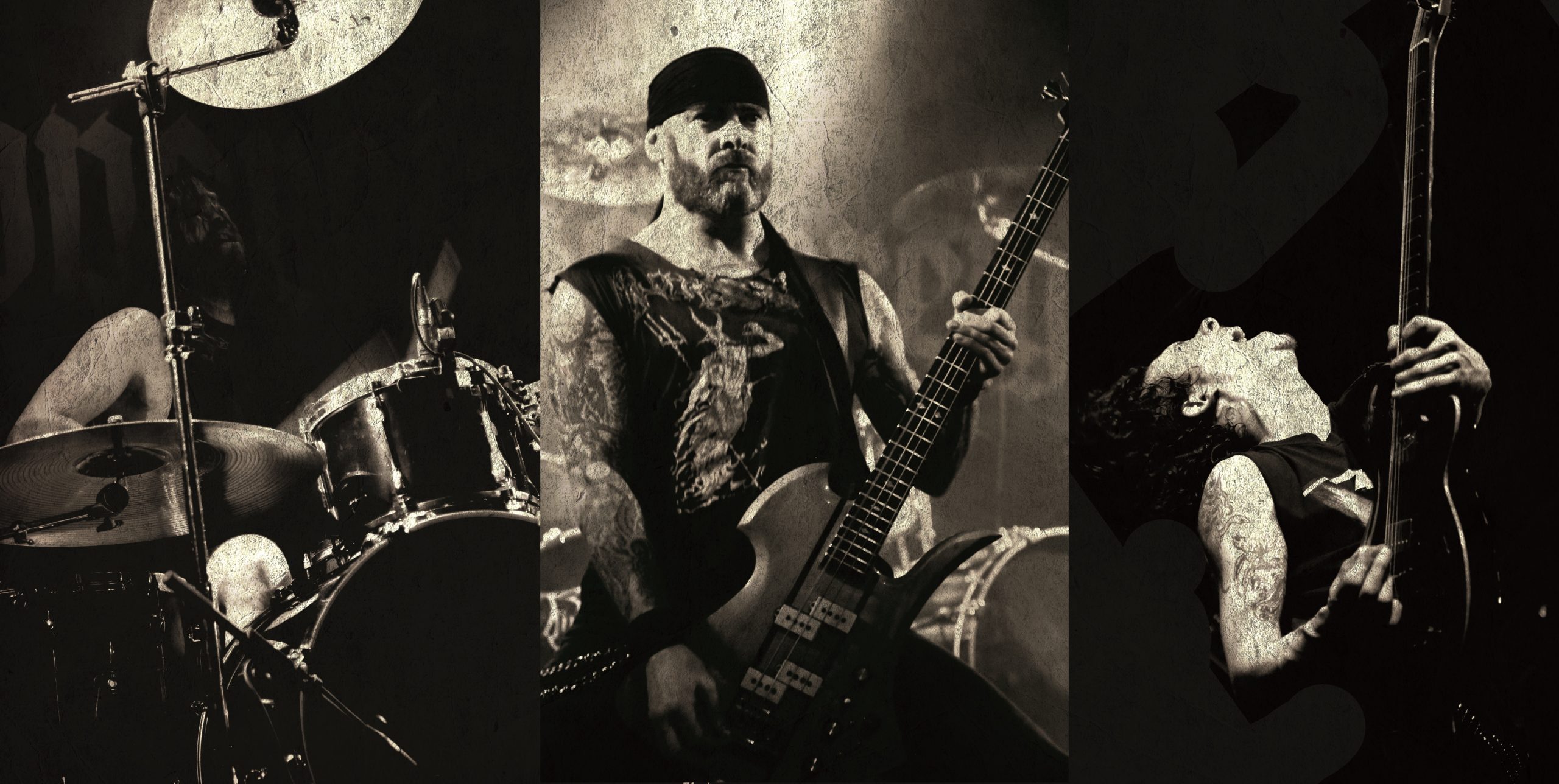 By Carlos Vélez-CancelJanuary 11, 2021 No Comments

Alchemical Warfare is a solid effort from Irish doom outfit Dread Sovereign that serves as a reminder of the legacy that the golden years of metal have left to the overall world of heavy music.

Galloping riffs, soaring vocals, and an upfront passion towards historical and fantastical tales. These all too familiar pairings are commonly traced back to an all too familiar music genre. Of course, I’m talking about heavy metal and, of course, I’m going to go ahead and say that this very combination will never cease to entertain. Don’t believe me? Give a listen to Dread Sovereign’s Alchemical Warfare and you will be instantly transported to one of two scenarios: a world of medieval debauchery, the occult, and the like; or to a time where your juvenile self was absolutely thrilled upon discovering this uncanny, but energetic array of bands sporting out this style of music.

Sure, some would argue that this set of qualities is like beating a dead horse – one with wings and studded with armor that has been stained with the blood coming from a trajectory of battles against creatures of many kinds – and it can certainly seem this way. Yet, there is a reason why this particular depiction of heavy metal stands strong even after 50 years, and a record like Alchemical Warfare proves that releasing music of this nature can be as enjoyable and as fresh as the genre’s golden years.

Dread Sovereign, the mastermind of Primordial’s Nemtheanga, is a project that blends the energy and lore of heavy metal with transfixing atmosphere. This record continues forward with this approach, further caving into murky sonic lairs coupled with production that is both striking and massive. Along with the tight musicality, it embraces the aforementioned tropes that characterizes the genre with class, as displayed on the single “Nature is the Devil’s Church”.

Considering that half of the record consist of tracks that span over eight minutes in length, Alchemical Warfare does not falter nor dumbs down the ferocity and the impact of its attacks. This is mostly due to the band’s commitment in balancing between solid songwriting and embodying the incessant attitude of heavy metal. With songs like “The Devil’s Bane” delivering punishing riffs and “Ruin Upon the Temple Mount” evoking the sinister and gritty sounds of black metal, Dread Sovereign manages to keep things dynamic, but consistent.

The doom influences here are second to none (as expected), immersing you to these hellish and bewitching scenarios within seconds. Some of the passages on this record are textbook Black Sabbath, though they are executed wonderfully. Meanwhile, on “Her Master’s Voice” the band treads into epic doom territory, letting the song develop its own with excellent vocal chops and tasteful drumming, reminding me of great epic doom acts such as While Heaven Wept. The seamless flows between brutal riffage and the more solemn soundscapes further solidifies Alchemical Warfare into a record that is menacing, smart, and full of life. Really, there is not a single moment that the band dwindles when it comes to musical storytelling and overall execution.

Dread Sovereign give us a great kickoff to an otherwise heavily questionable year. Alchemical Warfare is a well-rounded record that provides a fix for the heavy, a world to lose yourself into, and simply a compendium of tracks worthy of appreciation. Even if it caters to the most elemental building blocks of the genre, there is nothing here that feels dated or tacky; quite the contrary. There is still much vibrancy and color to the sounds and moods embedded on this record thanks to the band’s knack for songwriting. Traditions are worthy of preserving, and Alchemical Warfare is but an indicative that time will, once more, not wane the spirit of a genre as confident and perennial as heavy metal.