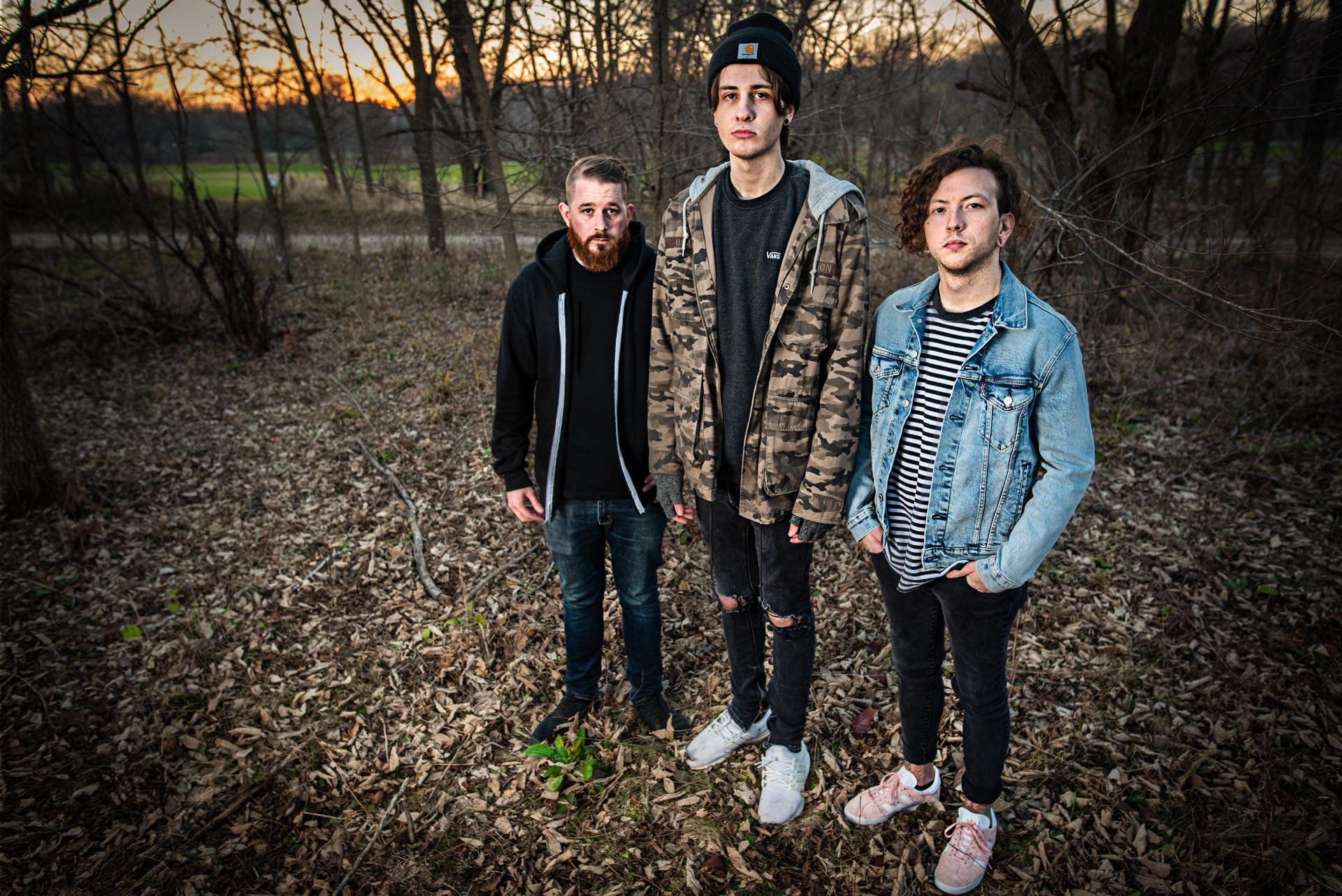 By Billie HeltonJanuary 11, 2021 No Comments

Midsummer is an alternative/emo rock band that formed in early 2019. Hailing from the heart of the Midwest in Wisconsin and describing themselves shortly on Facebook as simply ‘Midwest sad’, they channel everything a good emo band should be. Heavy, melancholic guitar and a steady, driving rhythm section surround emotional vocals languishing about loss and sadness. Everything comes together to deliver some quality music that is equally catchy and cathartic. After finding them through a Facebook group, they became one of my most-listened to artists of 2020 with just a handful of singles under their belt. As someone who considers themselves a connoisseur of all things emo, I had to reach out to this band.

The top two groups that come to my mind when listening to Midsummer are Citizen and Movements, particularly their earlier releases. “The Devil Came to Me And Bid Me Serve Him” gives me super strong Outgrown Things vibes. There is a lot of similarity to Midsummer and a number of other bands, but they still feel fresh and unique within the genre in a great way. The grungy, alternative vibes of “The Bottom” feel like a much different beast. The biggest indication of their diversity becomes apparent when looking at the two singles they released in 2020 – “Honest” and “Wonder”. The former is a much heavier, languishing song with pounding instruments and harsh vocals, while the latter quite poppy and shimmery, with sparse feelings of hope in the otherwise melancholic mix.

2020 was an unpredictable year for everyone, and it found Midsummer trying to figure out how to navigate the scene and continue to spread their music. The initial plan was to release several more singles over the year and to really hit the road and tour across the Midwest to get their songs out there. With touring coming to a complete halt and getting together for studio time being a big risk, the band took more time to plan out farther ahead and utilized their social media savvy.

‘I think we have always put an emphasis on having a good social media presence. We’ve been putting in even more work lately, especially on Instagram and Tik tok and it has been paying off. We’ve gained so many new fans and received so many amazing comments and messages, it’s been pretty incredible.‘

To say the band has been putting in work is an understatement. They have been making almost daily posts on TikTok, including one from just before Christmas that gained a couple thousand likes. On the Instagram front, the band has teased new music and also showcased some new merchandise designs. They also did a livestream to field any questions and talk about their plans for 2021, which was really nice. In this digital age, a strong and dedicated social media presence can be a huge asset. Midsummer has already shown that they understand this well and are crushing that game.

On talks of the band doing things well, their two 2020 singles both feature self-shot music videos by the band that are absolutely professional-level work. Drummer Jake Ruffin is credited with doing the brunt of the work on filming and editing; he did a stellar job for having minor experience and focusing mainly on photography. ‘We were extremely happy with how the video for “Honest” turned out, I remember seeing the rough edits and thinking, wow this looks legit.‘ After the success of the first video, the band decided to shoot an equally as impressive one for “Wonder”.

Learning to navigate the current times, Midsummer has been back to working on their future. It took a lot of aligning certain things to try to ensure their next release is a big one, and the group has appreciated fans’ patience as they sort it out: ‘Without doing the cliche, “Big things are coming soon” we have definitely alluded to some things on the horizon for us. I can say that we will have some new music very soon, as well as some other cool stuff and we should be able to speak more on that soon.‘ With The Cure For All Disease EP and two singles out (which are all incredible), I’m certainly looking forward to where 2021 lands Midsummer.

Emo music is a genre that almost always does it for me. I’ve lived in Ohio my whole life and hail from the same hometown as Hawthorne Heights – I may as well have been born in a Hot Topic bathroom at the mall. Midsummer is a really special band in this genre, and I truly think they are capable of carving out a big name for themselves among the modern greats. They already aren’t afraid to test out different sounds and I’m sure that will be even more apparent with lengthier releases and more of a catalogue in general. This is a group of good dudes from the Midwest making good music to be sad with, and I honestly can’t think of many things that are better for me. I sure hope our newest Weekly Featured Artist stirs something in you as well, dear reader!

Photo credit for the image used goes to Rocky Morgan. You can find Midsummer on Facebook, Instagram, or TikTok starting to make waves. You can also find their releases on Bandcamp if you want to give them a listen or pick them up.