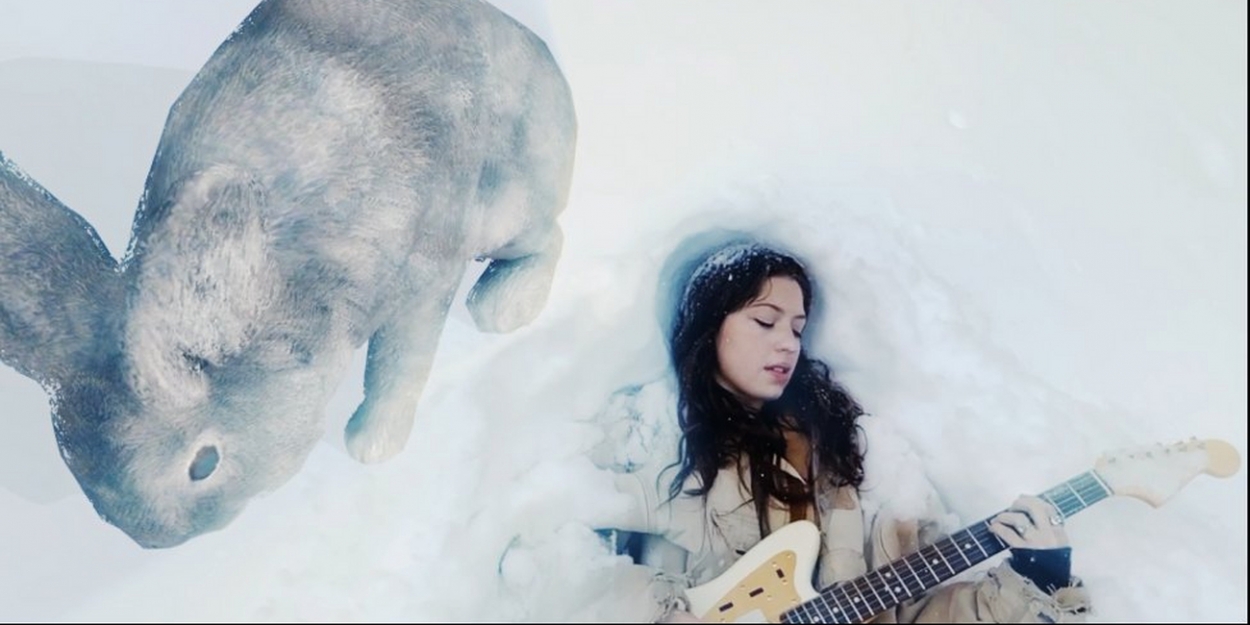 By Shaun MilliganJanuary 9, 2021 No Comments

Big Bunny is the delightful solo debut of Alaska Reid. It invites us along on a trip charting a meandering course of charming and insightful tracks littered with wistful indie pop and endearing vocals.

In spite of the ongoing, festering putridity that appears to have oozed over into 2021 courtesy of the previous year, I began my new solar orbit with an equally new addition to my music collection. Some of you may be familiar with 24 year-old Alaska Reid, who hails from – plot twist – Montana. Known best for her involvement in Alyeska (and possibly less so for her on-screen work, Reid graced us at 2020’s end with Big Bunny, a solo EP that displays the product of years of growth, work, and change.

It is the culmination of shifting seasons, transitioning from the rural, cosy pastures of her younger years to the urban metropolis of Los Angeles where Reid is now based – a daunting change for anyone to be thrust into, let alone a young artist entrenched in the music scene. As a result, her fragmented sense of belonging, loyal to each locale, is clear in the conscious choices of both Reid’s lyrics and music, as you’ll discover.

“Big Bunny” carries a lambent grunge vibe, growing increasingly volatile before unleashing a thumping, fuzzy final chorus that rekindled memories of when I first heard Garbage‘s Version 2.0 in ’98. And yet, the titular opener is far from characteristic of the entire EP, though what follows is by no means inferior. Merging equal parts pop, light grunge, and indie, second track “Warm” is more representative of the sonic scenery you’ll encounter here, as its refrain of ‘warm people, warm cars, and warm homes’ lingers, well, warmly in the mind. Fitting.

Elsewhere, “Oblivion” bears a more soulful dream pop gleam, with a simplistic progression giving the song a comfortably familiar direction right up to the electronic-laden close. “Quake” then quickly establishes itself as an evolving number, traversing musical territory that brandishes elements of Gordi, Joni Mitchell, and late ’90s grunge pop. It’s an endearing sound for sure, and follow-up “City Sadness” doubles down on the Gordi feels with shimmering chords, clean and breathy layered vocals, and an expansive sense of soothingly ambiguous nostalgia.

Reid displays a knack for whimsical storytelling of the most intricate – and intimate – fashion. In just over half an hour, she forms affecting tunes that speak of Reid, her sisters, and other characters – predominantly young women. Her ability to take occurrences (both mundane and otherwise) and imbue such infective charm through her words is marvellous, from making birthday cake and killing a spider to crashing a vehicle and the abundant availability of drink and prospective intimacy.

Speaking of intimacy, the record is hallmarked by constant references to ‘you’ and ‘I’. It’s integral to the EP’s allure, with the hooky melodies of both Reid’s warm voice and electric guitar ingraining her down-to-earth lyrical offerings with instant appeal alongside the digitised percussion that drives large portions of Big Bunny.

When the guitar isn’t providing varyingly distorted canvases, Reid’s clean playing deftly steers the vibe from fluttering energetic bursts conceived of boredom to a slightly more reflective and wistful picture. The EP is at its peak, however, when the two combine: “Blood Ice” is a powerful closing ode to sisterhood, regaled through an endearing structure of developing intensity that portrays a certain sadness amidst its reminiscent guitar and unorthodox melodic flutter in the chorus.

Alaska Reid‘s debut solo outing is a journey that oozes charm, beauty, vibrancy, and at half an hour is effortless to repeatedly consume in its entirety. Couple that with pleasantly memorable songwriting and vibrantly captivating execution, and Big Bunny soundly proves itself to be an outstanding EP that – if you’ll pardon a woeful pun – is definitely worth hopping on board for.