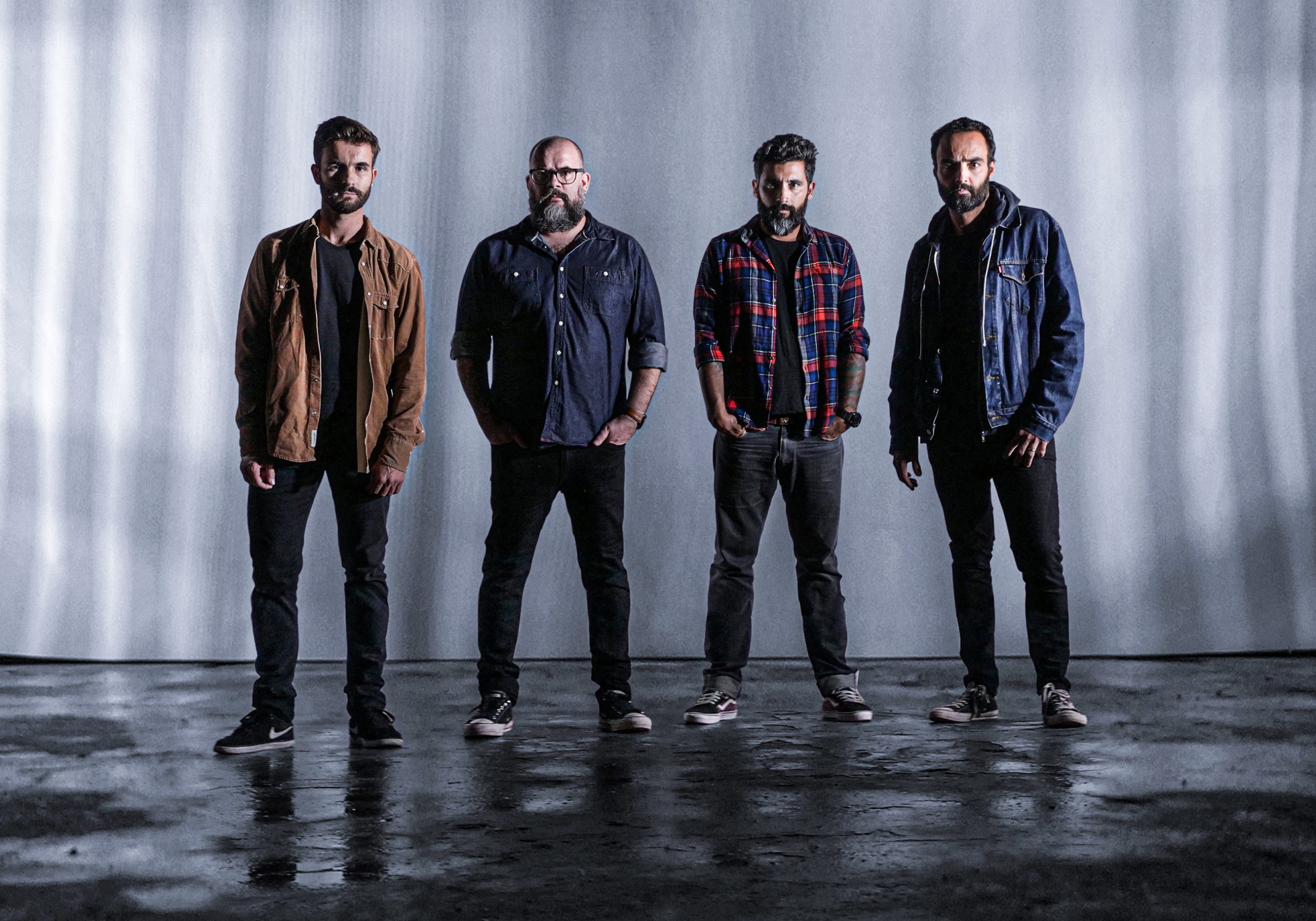 By David RodriguezJanuary 8, 2021 No Comments

The world is a great, big Doom Machine, but bands like Miss Lava make life worth living with exceptional stoner rock jams that have a message.

The name Doom Machine brings about a lot of imagery. It feels menacing and antediluvian, evoking a suffering that’s long-standing and ever persistent, worsening even. And, yes, I must draw parallels with our own reality which definitely qualifies for a doom machine and has for years, decades, and centuries. Miss Lava, a heavy stoner rock band from Lisbon, Portugal have their own interpretation of the doom machine, a complicated one.

During the development of what would become this record, a member of the quartet lost his very young son while others in the band also welcomed their own children into the world. For the band, Doom Machine is twofold: ‘this album reflects on how each one of us can breed and unleash our own self-destructive force, assembled to be part of a giant Doom Machine.’ The give and take of life cannot be understated, so Miss Lava don’t – they bake a deep respect for the topic into their sun-drenched music. With all that in mind, the album still has a uplifting vibe, as evident by the very first guitar licks of “Fourth Dimension”. Peep game.

Pitched as ‘the perfect soundtrack for a post-lockdown world,’ it may have come a bit too soon to enjoy under those specific circumstances, but its sound definitely backs those claims up. It is a force; unseen, but keenly felt, pushing you along the dusty roads you may find yourself on, willingly or otherwise. It’s the kind of music you hear when you have a mission to accomplish. That’s one of the many reasons I love rock like this: it carries momentum and has no problem with transferring it to you in waves, tickling your synapses and getting your feet moving. Makes me wonder why we don’t hear more people citing stoner rock as good cardio music. We’ll address that problem some other time.

Anyway, Doom Machine rips. Across 15 tracks and a little under an hour runtime, there’s a lot to love. It’s interestingly divided in such a way that makes it fly by, but also replayable and digestible to a high degree. There’s four interludes that stitch together the main eight substantial songs with atmosphere and more poignant instrumentation. The remaining three of the 15 tracks are bonus tracks – we’ll get to those later, they’re worth it. This formation, while not groundbreaking, really serves that momentum I mentioned earlier so well. While Doom Machine isn’t a traditional concept album, it flows similarly to one. If you’re curious, my favorite song combo is the ambient ocean wave interlude of “Terra” that gracefully flies into the title track, which has its own hints of broad space in the middle of commanding riffs and vigorous vocals.

“The Great Divide” is a track that gets special mention as its themes of life and preservation of it on this planet are very salient and relevant to us as much as the greater message of Doom Machine. It’s more of a slower, pensive song among the list, one that could easily get some radio play over here in the States. Really though, it’s the raucous, energetic entries that really drive it home for me. “Fourth Dimension”, as stated before, sets the tone nicely and kicks things off with nice vibes. These are continued with “In The Mire” and its lurching build-up to a riveting, high-octane slapper of a track with crash cymbal-heavy drums and fervent attitude. I don’t know how you can hear songs like this without nodding your head.

It’s pretty clear from the onset that Miss Lava have a lot to give, if you’re willing to receive. Riffs, thoughts, and nuance for the like-minded rocker culminate in tracks like “Brotherhood of Eternal Love” and “The Oracle”, but you’d be remiss for not paying attention to their bonus tracks. Usually throwaways, I actually found some of the best moments of the album here. “God Feeds The Swine” has a thick Clutch vibe with its guitar effects and writing, bordering on Master of Reality-era Black Sabbath. “Feel Surreal” is the band at their fuzziest, capturing a great rhythm that doesn’t stop until “Red Atlantis”, the final bonus cut, which starts up with some wool-like textures and catchy guitar work. This record may run a bit long for a stoner rock album, but it makes nearly every moment count with some stellar stuff to get you going in these early January weeks.

Doom Machine was borne out of a duality of existence, blessed with the burden of life and wracked by the loss of it. It represents the beating heart as much as the ash it will inevitably turn to. Miss Lava feel profoundly primal with their execution of stoner rock, running hot and unchained like a volcanic eruption, becoming a new favorite of mine to watch in a genre that’s often rife with bands situated on the median of quality. This, though? This I like, and I think you will too if you have a penchant for kinetic rock and a wayward spirit that begs for release.