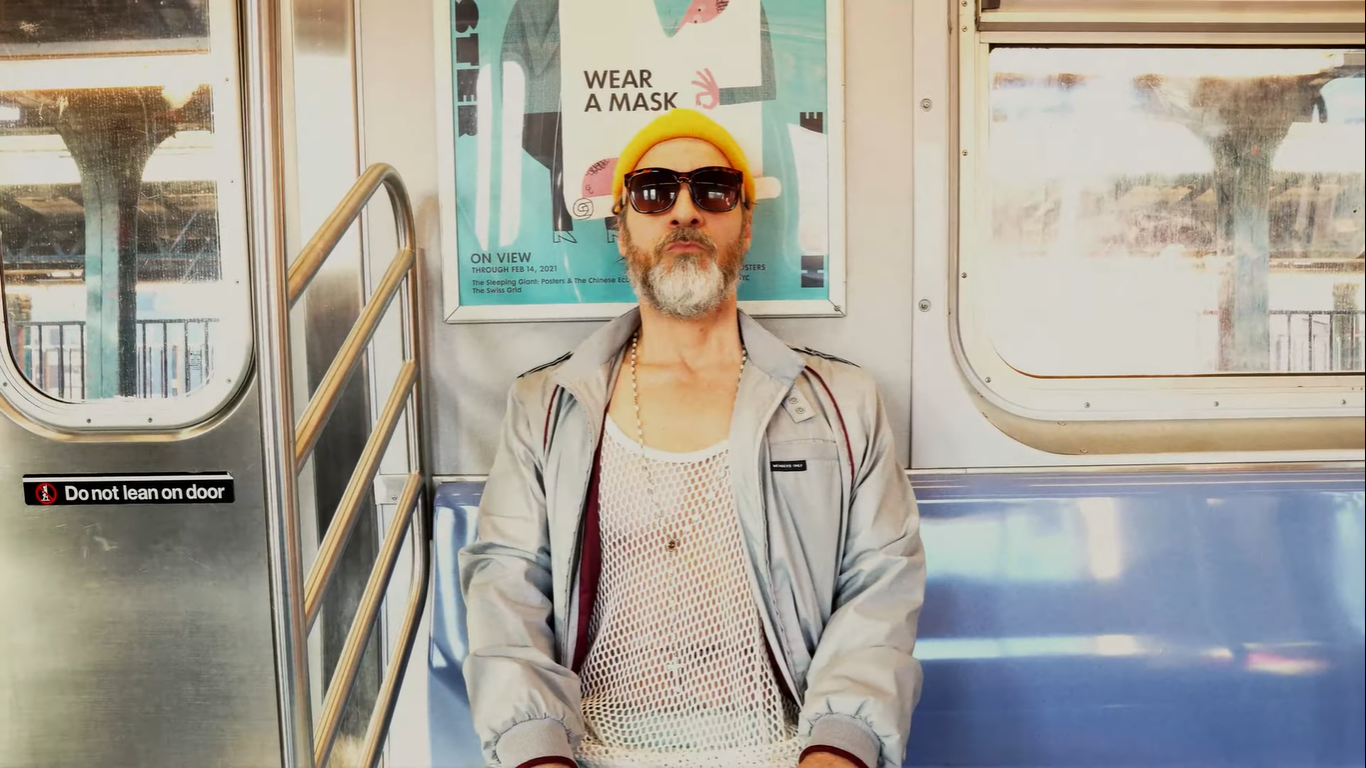 That Handsome Devil – “Your Parents Are Sellouts”

By David RodriguezJanuary 7, 2021 No Comments

A blast from the past becomes a present for the present delivered on New Year’s Day by fringe pop/rock specialists, That Handsome Devil.

Let’s be real: you’re here because you probably fit into one of three categories. You might have been bored and clicked out of curiosity, perhaps piqued by the interesting album art (don’t blame you) or band name (ditto); you know exactly who That Handsome Devil are and you’re wondering what I – a nobody – might have to say about them, or; their name sparked a memory as you remember them from the rhythm video game craze back in the mid-late 2000s. At any rate, welcome!

If you fit in the third category, this song right here might give you a rush of nostalgia if you played Harmonix‘s Rock Band 2 (or later games that allowed you to download the song for free). If not that, this one might do it for you if you were more of a Guitar Hero person, Guitar Hero II to be exact. I played it all, but really enjoyed the eclecticism that “Rob the Prez-O-Dent” specifically offered, though, as of today, I now find its meaning marred by extremists who have taken that sentiment way, way, way too literally. Even still, I never bothered to look further into the band. My loss, right? No doubt these inclusions of the band’s songs were big gets as far as outreach goes, especially considering how popular they were and how well the games sold until last decade’s waning interest and the rhythm game bubble bursting, suffice it to say I was not along for the That Handsome Devil ride.

Until now. Our lovable Inter updated our review list a few days ago and on it sat this very album: Your Parents Are Sellouts by That Handsome Devil. The name… it was familiar, but I couldn’t place it. Deep in my mind’s recesses – ones that are seemingly lost more with each passing day like a rotting hard disk drive – I felt an electric tinge. I listened to the most recent song I could find, the lovely video embedded above, and it clicked. ‘Oh, That Handsome Devil. Where have y’all been all these years?‘ Making lots of music apparently. This is their fifth album, released on January 1 to usher in this new year where absolutely nothing will change for the better and music will assuredly be one of the only redeemable factors of it much like last year.

For the uninitiated, this is kind of a wild band. Fronted by a guy named Godforbid, That Handsome Devil parlay what could be a mastery of simple, sardonic rock music with heart into an airing of grievances by way of surf rock, lounge stylings, psychedelia, even a bit of hip-hop and rockabilly. Think Mr. Bungle‘s California with its cheeky sights trained in a more grounded direction without losing the prankster soul or front-and-center vocals. Really, this music – this album – seems tailormade for the everyman, because it’s by the everyman. Godforbid, and assumedly his motley crew of musician pals, eat, sleep, fight, and fuck just like the most of us. We have our vices, we have our desires, we have our demons, and a fair amount of them are explored on Your Parents Are Sellouts to an ardent degree.

Looking at the tracklist, the most striking names are without a doubt “Date Rape U” and “Guys Are Gross”. The former is a skit or interlude of sorts that absolutely skewers the party-culture-turned-co-ed-meat-market of sexual abuse and partying that destroys many lives each year. It’s set up like a mock advertisement for a (thankfully nonexistent) university where all manners and walks of life can attend – ‘but you gotta pay to play, it’s not for free‘ – and its attitude of racism and misogyny persists whether you turn the other cheek to the horrors or actively participate. Its climax is a cheerful declaration that ‘future presidents and doctors are going to Date Rape U/Celebrities and rockstars are going to Date Rape U/Police and politicians are going to Date Rape U!‘

It lays bare the gross reality of the situation, how people in positions of power are so often revealed to be stark abusers, taking advantage of people at every turn, often starting in college with alcohol-fueled sexual assault (not that sober assaults are any more excusable or less detestable) and not stopping until death or incarceration, with one being way more likely than the other. It’s the kind of satirical send-up I’d expect from a band like Dead Kennedys (though they came close with “Terminal Preppie”), and the tone of the music backing this whole ordeal sounds like the game show jingles that might appear on an older Little Brother album during one of their biting, hilarious skits.

Even though it was the seventh track on the album, it was my first listen on Your Parents Are Sellouts. From there, I could only imagine what the rest of the album tackled or sounded like, so in I jumped. While the rest of it isn’t nearly as pointed with its themes or execution, that does in turn make it a lighter, more fun listen overall. “The Unpossible” is a slower jaunt with plucky guitars and a sloth-like Godforbid on the mic as he laments the ‘unpossibility’ of freedom and life, “Hoodlum” frames a story of troubled youth with nothing to lose on a wall of light pop rock and a chorus that sparkles and shines despite the dark plot, and the aforementioned “Guys Are Gross” is probably the most self-explanatory track, exploring the base male gender’s penchant for cussing and spitting in a playful wink-and-nod, ‘boys have cooties’ kind of way while glockenspiel plinks away in the background. He’s right though – we ain’t shit.

All signs points to That Handsome Devil just living life like the rest of us, the only difference is their observations and musings twist the dial to funky, fresh, and flamboyant with a sundry of rock, gentle in places to act as a counterweight to our harsh world, but still heavy where it counts so as not to create a façade about it all. You can engage with it as deeply as you want – and there is some depth there – and doing so may reveal the band to be manic genius purveyors of thoughts not many would devote to text or voice. Your Parents Are Sellouts is a little edgy, a lot of fun, and somewhere in between it all, it just wants to be understood… and maybe get laid a bit.

To be honest, I probably won’t be revisiting this album all that much as 2021 plugs along and seeks to outdo the abject horror that was 2020, but that’s not for lack of quality on That Handsome Devil‘s part. For me, it’s a moment that will pass, like walking to school with your parents as kids before you realize they are, indeed, sellouts, or just didn’t let you go to that concert that you really wanted to go to (thanks, mom). There was a hint of nostalgia with this experience, (re)discovering a band from my past I was primed to totally forget, and while it was great to catch up, we will inevitably return to our own realms of existence in peace. I wish them well – I’m sure they feel the same toward me.