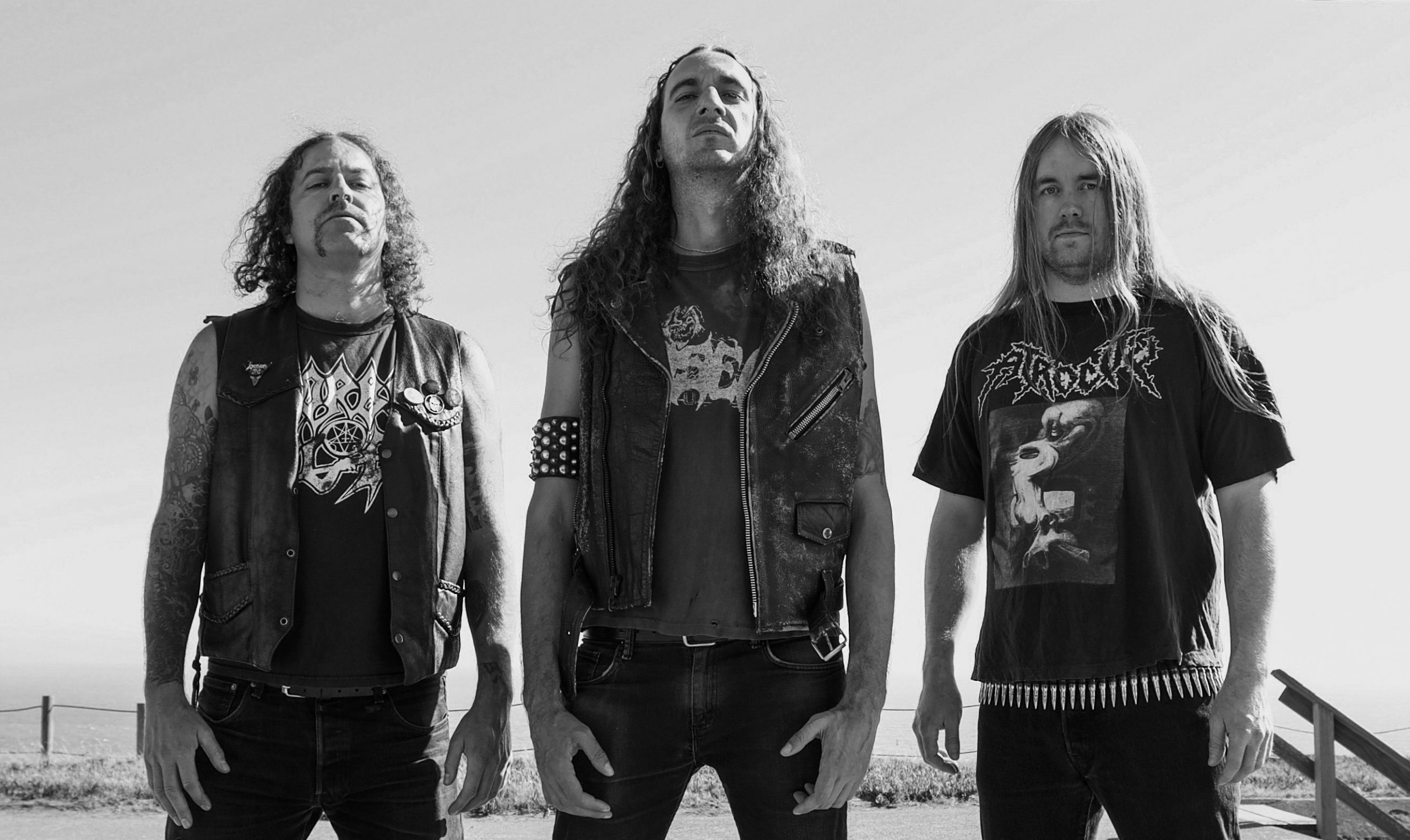 You know how sometimes one already knows they are going to get the wind knocked out of them even before the punch arrives? The same holds true every once in a while for music, too – even before one hits the play button, one knows that they are going to face an absolute pummelling. That is how I felt the moment I sat down to listen to the new Necrot album, Mortal.

The artwork is usually not something one talks about at the very start of an album review, but the flayed corpses drawn by Marald Van Haasteren are bound to make your skin crawl even without the actual music, which serves as a forewarning for what is to come. The cover has an old-school vibe that reminded me of Death or Gruesome, as well as Ed Repka‘s classic artworks. More importantly, these comparisons are provided with their fair justice by the music of the Bay Area trio. Necrot have been around for nearly a decade, starting out in 2011 with a punk-meets-death metal sound. After a string of demos, it was only in 2017 that they put out their first full-length Blood Offerings. By then, the punk elements in their music had been dialed down, and the sound was much more of a straight-in-your-face, no-filler style of death metal. That caught the attention of many (including myself), with added expectations for the future. Hence, it is great to see that the trio have progressed further and refined their sound in what is bound to be one of the most essential no-nonsense death metal albums of the year.

The music here is not super technical or preformed at a crazy, inhuman pace; it is neither raw and old-school nor heavily influenced by a single legendary band of the genre. It is just death metal, the kind that either crushes or rips apart anything in its path while getting necks moving and heads bobbing to its heavy beats and groovy riffs. Opener “Your Hell” can be very true to its name for the unprepared listener, wasting no time to settle into a mid-tempo pace reminiscent of early ’90s Bolt Thrower. It continues this no-letup barrage well into “Dying Life” but avoids becoming monotonous with some well-executed shifts and riff changes. These sudden transitions never feel overly technical, but they have enough force to create a jarring sensation in the listener’s head, keeping them aware and on their toes.

Despite being a tour de force of death metal riffs, Blood Offerings could be too much to take at times due to the lack of a breather across the entire album. Mortal rightly sees the band continuing their journey, as they continue to grow and learn. That’s not to say Necrot take the foot off the pedal at any point, but the solo segments on “Stench of Decay” and “Sinister Will” provide a light reprieve from the crushing riffage. Especially on the latter, just as one starts feeling like the song is a tad too similar to all the songs that came before it, Sonny Reinhardt’s guitar solo provides a fresh perspective. My only complaint with Mortal comes with the title-track album closer. Running just over eight-and-half minutes, “Mortal” is a bold attempt by the band to have an Incantation-esque grand finale, but I’m not sure how sensible it turned out to be. Despite the outstanding musicianship on display, the groove on the track feels overly drawn out, which reduces the overall impact of the album by a few notches. Besides this minor quibble, the assault of Mortal as a whole is sure to leave a memorable impression on the listener.

Necrot‘s sophomore release has been much awaited by those who were blown away by their 2017 debut. Mortal does not bring any drastic changes but instead focuses on a mature evolution of the sonic foundation laid out on Blood Offerings, and once again reaffirms that classic, straightforward death metal without any technical gimmicks can still stand out in the genre. Give this one some time, settle in, and I believe you will come to the same conclusion: Necrot have taken the very essence of death metal and brought it to life on Mortal.