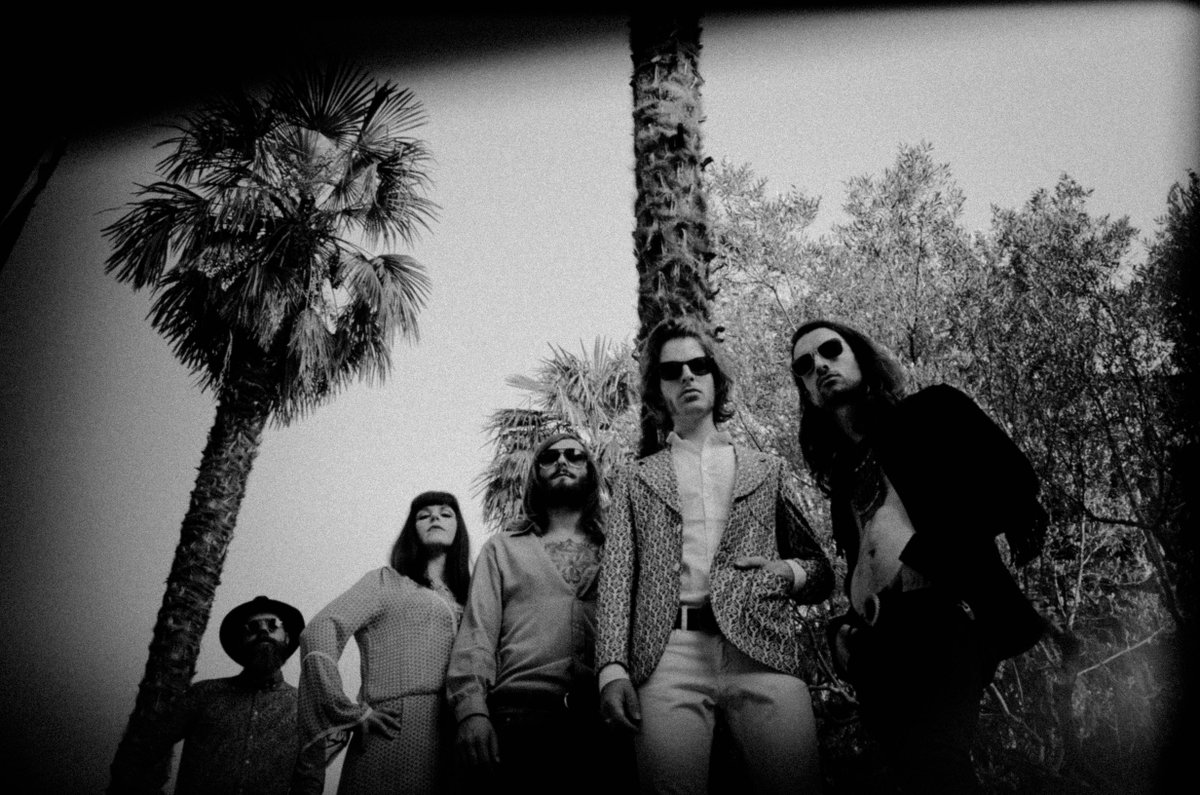 Mother Island lead surf-rock’s charge into the new decade with a brilliantly varied, rich, and emotive summer bash in the form of their third LP Motel Rooms.

Following our recent premiere of “Till The Morning Comes“, one of three singles released by Italian garage-rockers Mother Island to tease their third album Motel Rooms, the album has finally arrived. I find myself elated by the collection of songs they’ve put together, with the recurring surf rock motifs laced throughout (largely inspired by their recent tour of California) playing straight to my heart. I have a weak spot for surf music and all of its manifestations, be it the pop-surf of the Beach Boys, the gnarled surf rock of genre progenitor Dick Dale, or the more recent iterations that have sprung up in recent years, notably performed by groups such as Allah-Las and the wave of artists that followed them into the 2010s. We’ve spoken about surf revival groups before, and with Motel Rooms, Mother Island have beautifully paved the way for the conversation to continue into the next decade.

The 2010s were a rich decade for the surf revival. Be it the reverb-drenched humidity of Froth’s debut album and the work of Beach Skulls, the dusty garage-tinged variant championed by LA Witch and The Shivas, or the harmonizing psychedelia of La Luz, the last decade was a great time to be a fan of the genre. None of these artists were purists, with most generously borrowing from other genres, particularly shoegaze, garage, and 60s psychedelia. With the release of Motel Rooms, important groundwork has been laid for an even greater variety of styles, suggesting another vibrant decade of surf to come.

What makes Mother Island so exciting in my view is that first and foremost, they craft fun music. No existing knowledge or appreciation of surf and other adjacent genres is needed to enjoy what the band have given us on this release: front to back snappy – and easily digestible – rock and roll songwriting that delivers hook after hook, while mixing up the pace just enough to keep variety at optimal levels. There’s little garage fuzz to be found here, no doo-wop harmonizing, or even excessive reverb…a staple of the surf genre. That’s not to say there isn’t reverb, just that it’s thoughtfully utilized as one tool of many in their swaggering shuffle.

Perhaps the most distinguishing element are the vocals, provided by Anita Formilan. Unlike any other modern surf-influence band I’ve heard, which often utilize higher-pitched male voices, dreamy female voices, or some mix of both. Formilan possesses a richer and deeper tone reminiscent of 70s rock artists, the kind of voice often heard today in female-lead stoner rock bands. It’s a specific tone, one far removed from what’s familiar to the 60s, lending the album a fresh factor only exacerbated by the arcane undertone of Formilan’s style. Without her voice, Motel Rooms wouldn’t have the undercurrent of danger that it has. It’s a subtle undercurrent, but it’s there. It rises to the surface on moodier tracks such as the lumbering “We All Seem To Fall To Pieces Alone” and the Casanovian “Song For A Healer” – or the more aggressive rock-driven numbers, like “Dead Rat,” perhaps the wildest track on here with its distorted bass guitar lead and flailing drums.

Ultimately, what I appreciate most is how much fun the band had mixing up a cohesive surf-indebted sound with a variety of elements. For every quintessentially 60s spy riff, like the ones that adorn “Summer Glow”, there are more grounded, driving riffs like the ones that define the mature sound of “Demons”. In absence of the harmonizing common to the genre, we get an eclectic range of intonations from Formilan. Moreover, we’re treated to a spectrum of tempos, from the languid beach-y shuffle of album closer “Lustful Lovers”, to the upbeat and uninhibited rock and roll snap of “And We’re Shining”. There’s a tint for every occasion, all under the romantic beach-y 60s umbrella of the album’s unifying California-vision.

If you don’t like rock music at all, or can’t stand 60s nostalgia in your music, then you probably won’t be big on Motel Rooms. Otherwise, I’m confident you will have a lot of fun with this record. It honors the pillars that keep it aloft, while laying the groundwork for its own pillars to be built upon. I’m left feeling excited by the thought of what’s to come from Mother Island, and optimistic about the continued growth of 60s surf revival music. Most crucially, I have the perfect summer album in Motel Rooms, and I look forward to spinning it for as long as the sun is out.