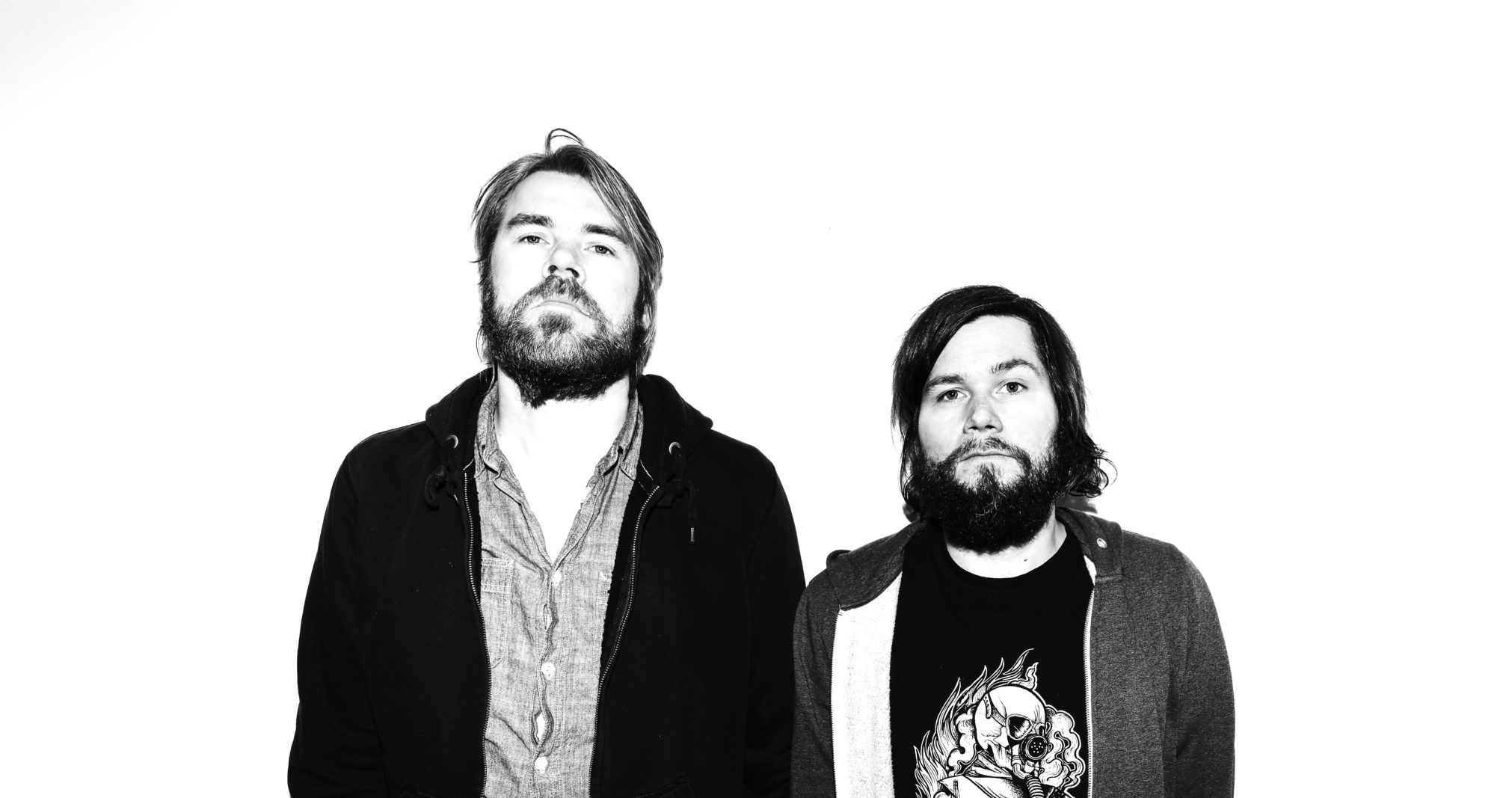 Barren Womb are a Nordic two-piece who have been kicking ass in the Norwegian underground scene for almost a decade now, and, until very recently, I had no idea what I was missing out on. Lizard Lounge marks the band’s fourth full-length release, but they also have a handful of EPs, splits, and tours under their belt. The maturity and refinement of Lizard Lounge is matched by its unbridled energy, weighty riffs, and the sharpness of its lyrical wit.

From its opening track, Lizard Lounge hits the nail on the head for me. Simple, chunky riffs, weighty tones, half-screamed vocals: that’s my shit. Add a smattering of angst as the final line ‘you’ll never fucking get it’ gives way to a scream of pure frustration, and I am one happy chappy. It sets the tone for the rest of the album – Royal Blood gone punk, with the occasional nod to Daughters; infectiously catchy, energetic, and dark.

‘Succinct’ is a word that comes to mind when trying to describe this album. There’s very little in it that doesn’t need to be there; all the songs get to the point, say what they need to say in a concise manner, and end without fuss. There are no frills to pretty up their raw edges, no flowery adjectives to mask the meaning of their lyrics. It’s refreshing, in a world of meaningless noise designed to numb our brains, to hear some dude sarcastically yell ‘it will all be fine if you just fucking smile’.

In keeping with the spirit of the album, this review will be a short one. I could easily describe each song in great detail, because I genuinely love them all, but I feel there would be little point. There are subtleties in each track that I would love to spend paragraphs dissecting, but it would miss the point of the music, and I’d rather you discovered them for yourself.

I feel a particular comradery with “Hairy Palms”, in part because of its addictive main riff, delightfully unexpected chorus chord progression, and weighty bridge, but also because of its lyrical content. It’s the kind of scathing social commentary I’ve wanted to hear for are long as I’ve been old enough to have an understanding of these matters, and there’s no denying the second half of its first verse is pretty on point:

‘Never got laid, so raised an army
Of ugly middle-class white men
They’ll have a great circle jerk party
Blaming everybody else.’

My favourite track on this album, from the first time I heard it and even now, many listens later, remains “Crop Circle Jerk”. As well as being a cynical critique of New Age mysticism, conspiracy theories, and all those that spread them, it’s got great groove – its main riff is oddly fragmented and dissonant, while the chorus features a guitar line so badass in its simplicity that it makes me wonder why I didn’t think of it. The vocal melody of the chorus is also extremely memorable, and has continued to bounce around my head for days.

To me, Lizard Lounge is the perfect album to capture this moment in time, when most of the world is in disarray, when everyone is confused, scared, and angry the vast majority of the time. In situations where I feel powerless in the face of other peoples’ misery, or when I simply don’t understand why something is happening, I feel a profound urge to become destructive, either towards my poor crockery or my lungs and liver. I definitely don’t think I’m the only person feeling like this; substance abuse and destruction become so much easier when you already feel helpless or misunderstood. Lizard Lounge embodies this feeling, the verge of nerves about to splinter, that foreboding sense of an imminent lapse in judgement, and the irrational rush of adrenaline that follows this. It’s addictive, gripping, both violent and deeply melodious.

There are exclusively great tracks on this album, all short, zesty, and sometimes a little hard to swallow. They leave a bitter aftertaste, a lingering sense of nihilism, but also a desire to continue living, out of some kind of spite. It demands your attention, and I definitely think it deserves it.