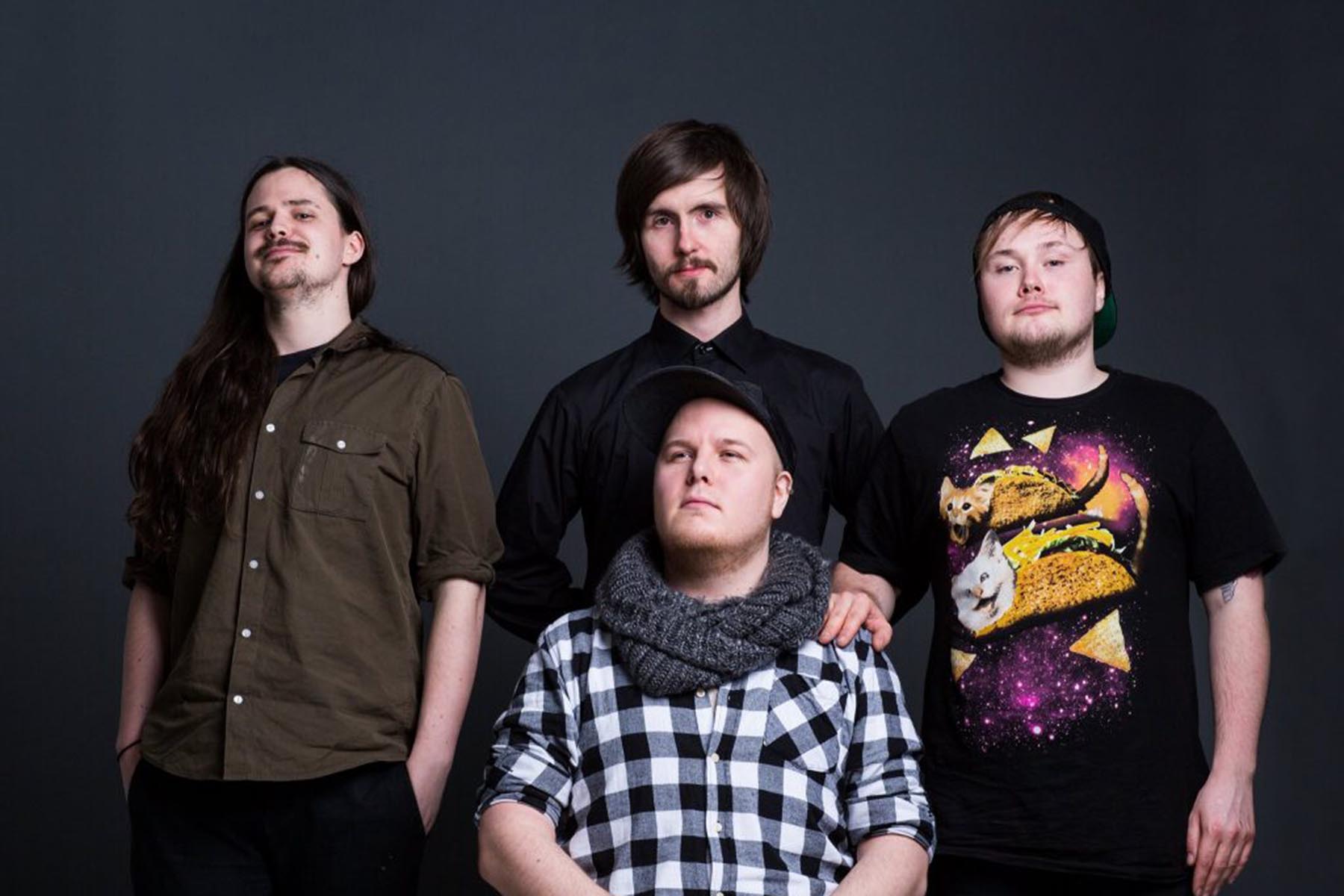 Moron Police – “A Boat on the Sea”

By David RodriguezSeptember 7, 2019 No Comments

Are Moron Police a group that polices morons, or are they police who are morons themselves? Who knows! What I do know is they are a wacky, absurd progressive music band from Norway, and if there’s anything that captures my attention, it’s the words ‘wacky’, ‘absurd’, and ‘progressive’ used to describe a band. The quartet stun by converting that grabbed attention into deeply entertaining and catchy music that’s taken quite a while to build up to. After five years of work, we’re faced with the colorful mammoth in A Boat on the Sea. Simply put, it’s one of the funnest albums I’ve heard in a while, and one of the best prog albums of this year.

Basically, imagine the happiest, most upbeat prog instrumentation possible. Now, make the lyrics about war, imperialism, technology, animals revolting against humans, and other stuff ripe to be placed under a frank, satirist lens. It’s like Senpai EP Sithu Aye decided to do a concept album about a Kurt Vonnegut novel, which is fitting since there’s a song on here inspired by the absurdist author. No matter – each topic is approached with great enthusiasm, as if completely unbothered by the great ills of the world, finding glee in the utter destruction wrought by our own kind. It makes for deceptively deep music that, even if you tune that aspect out, has you bouncing to infectious melodies fit to start a worldwide pandemic.

Literally every song bursts with energy and is replete with a ton of moments to capture your reality and imagination. That is except for the first song, which is a disarming, mellow song led by piano. It’s called “Hocus Pocus”, lyrically based on the Vonnegut novel of the same name. If you know what I told you about the album so far and heard this song, many an eyebrow you would raise. You might grow an additional eyebrow just to raise it as well. While it is a nice and tricky intro track, we’re going to focus on everything else after this song though. “The Phantom Below” is where the real fun begins, launching like a missile with a rainbow smoke trail. Playful synths, happy-go-lucky vocals, wildly colorful and proggy guitars – it’s all here.

Really, where this album shines overall is with the flippant attitude with which it tackles the themes it does and how well (or, I guess you could argue how disparately) the sunny instrumentation and vocal performances match up to that. Just listen to the endlessly singable chorus to “The Invisible King”, which skewers power and organized religion (and how the two absolutely relate), but you’d never guess just going off of tone. Even better still, “Beware the Blue Skies” is highly critical of war profiteering and the use of unmanned drones in warfare with almost cartoonishly damning lyrics:

‘Here comes death from the blue sky
Nagasaki like the Fourth of July
Watch our missiles blow them sky high
What a cost efficient way to die!
Robot eagle on a flat screen
A 14-year-old learning to fly

Blow them up, that’s the sound of freedom forming in their minds.
You’re waking up, missing everybody, friends piled in a line’

Dark, but ever so relevant. “The Dog Song” is where the album starts to veer into weird. It’s a track action-packed with so much whimsy, and the harmonica-wielding bridge will have you thinking Blues Traveler, but the only runaround you get from this band is the looping of their album that you will inevitably do. “Captain Awkward” is true to its name, having the most awkward and wild shifts in instrumentation that showcase a strong progressive foundation, colored in by stuttering vocals and the very anime opening credits-esque riffs between verses.

It’s worth noting here that this whole album is a pretty big change for Moron Police. You know they used to be pretty firmly in the prog metal camp? Yeah, go listen to pretty much any song from their last couple albums, it’s very apparent. I love metal, but I’m real glad to see the band take up a lighter tone for A Boat in the Sea, as it helps contrast the themes of the songs on this album. Not only that, it’s just plain fun – “Isn’t It Easy” sounds like a damn Kirby game at one point, and like a cut from an album featuring your favorite slightly overrated prog guitarist at another (this is more a slight against instrumental prog as of late and not Moron Police… just ignore me). Ultimately, this album makes you contend with a sonically vibrant, thematically dark piece of music where the only thing unfortunate attached to it is the band’s name as it has a pretty atrocious history.

I did it again. I talked about almost every song on the album. Once you hear it though, you won’t be able to blame me. It’s stellar; every twist and turn, nook and cranny is worthy of discussion, even at its most ‘normal’, whatever that means. Moron Police have released one of my favorite progressive rock albums of the year, hands down. It’s fun and peppy, but also has nice messaging delivered to you in a way that isn’t preachy – in fact, that levity and irreverence actually contributes to the fun of it all. A good argument for those that believe there’s profound truth in comedy. A Boat in the Sea is a gem and if you’re anywhere near as much a fan of synths, flailing guitars, strong vocals, and general catchiness, you need to hear it.