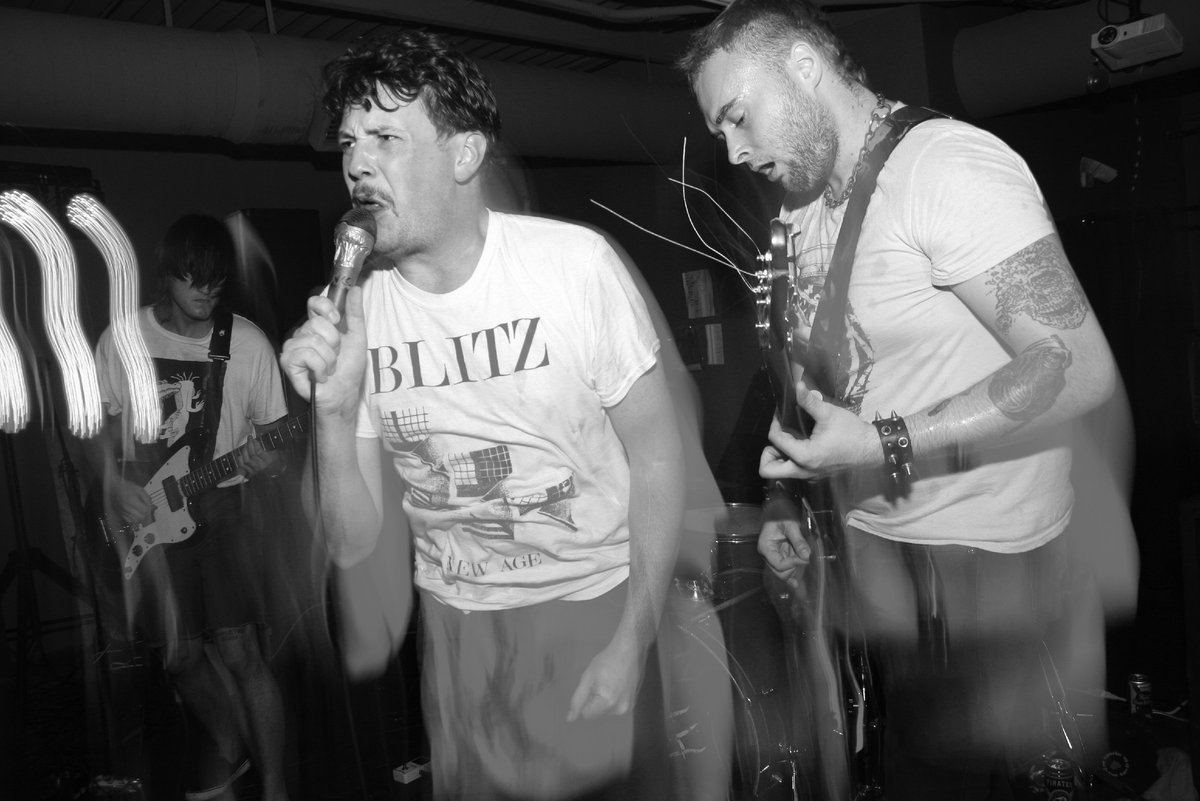 Booji Boys are catchy as measles but it takes a lot more than a couple of tries to figure out their melting of pop, punk, hard-rock, and power-pop.

The Booji Boys are strange. Not because they were named after a Devo character, although that helps, but because it’s hard to listen to Tube Reducer and get to the end of it with the memory of just one goddamn chorus. What we’re left with, after the record finishes, is frustration. Frustration because there’s this urge to sing along whatever the hell singer Alex is saying, however, there’s no way it’s understandable. Booji Boys are catchy as measles but it’s hard to find somewhere to cling on. Fortunately, we can always hum the melodies.

Booji Boys reek of early 80s punk as much as of classic rock without compromising either way. It’s clear they make no effort to be understood, which doesn’t mean that they don’t care about their lyrics. Even though they’re hard to decipher, song titles like “Lucky Citizen”, “Life as a Fed” and “Moto-Hard” leave us believing that they something to say. And it doesn’t have to be all serious, fun seems to have its place too. And it should.

Hailing from Nova Scotia, the Booji Boys plow through the record’s 28 minutes with the ease of a band that’s really enjoying themselves, something that makes it so much easier for any listener to do the same. Even if Tube Reducer is their third record, it feels like a progression of their first two records. It’s lo-fi and loud, brash and cocky as rock was way before technology made bands lazy and only worried about sounding good.

There’s so much more than that in music. There’s also imagination and fantasy. And Booji Boys certainly inspire plenty of that to go around. Even throwing around references like Creedance Clearwater Revival or The Buzzcocks, the band’s style is not, fortunately, easy to pinpoint. They are playful and sexy in a kind of a dirty-almost-naif way. Somehow similar to early Ramones, but at the same time sounding hard and brass.

Frankly, no matter how simple the songs sound, it takes a lot more than a couple of tries to figure out the Booji Boys. There’s layer upon layer on top of the skeleton of the songs, and just a few casual listens might lead one into error, assuming that there’s not a lot going on here. Beneath the skin, there is. No song ever sounds the same each time it’s played. So it never gets old, unlike most of those over-polished power-pop records of the 21st century. Was this recorded on tape? Because it sure sounds like one of those 80s lost tapes in some guys basement. Can you picture his mullet and mustache already?

Tube Reducer might not sound like a hit for most listeners. With so much music going around, not many of us are willing to take the time to really dig through a record. The Booji Boys have excellent song-crafting skills but they require a compromise from us. This is a record to be played over and over again, so it can be really understood and appreciated. It may seem like it’s immediately figured out, but it’s not. It’s a crazy unbalanced mess of different rock sub-genres that works like a charm, crawling more and more under the skin. Especially on one of those late-night summer drinking marathons on some long lost shithole that might end up a bar fight without anyone getting hurt and with a great story to tell. Maybe that’s what “Moto-Hard” is about?