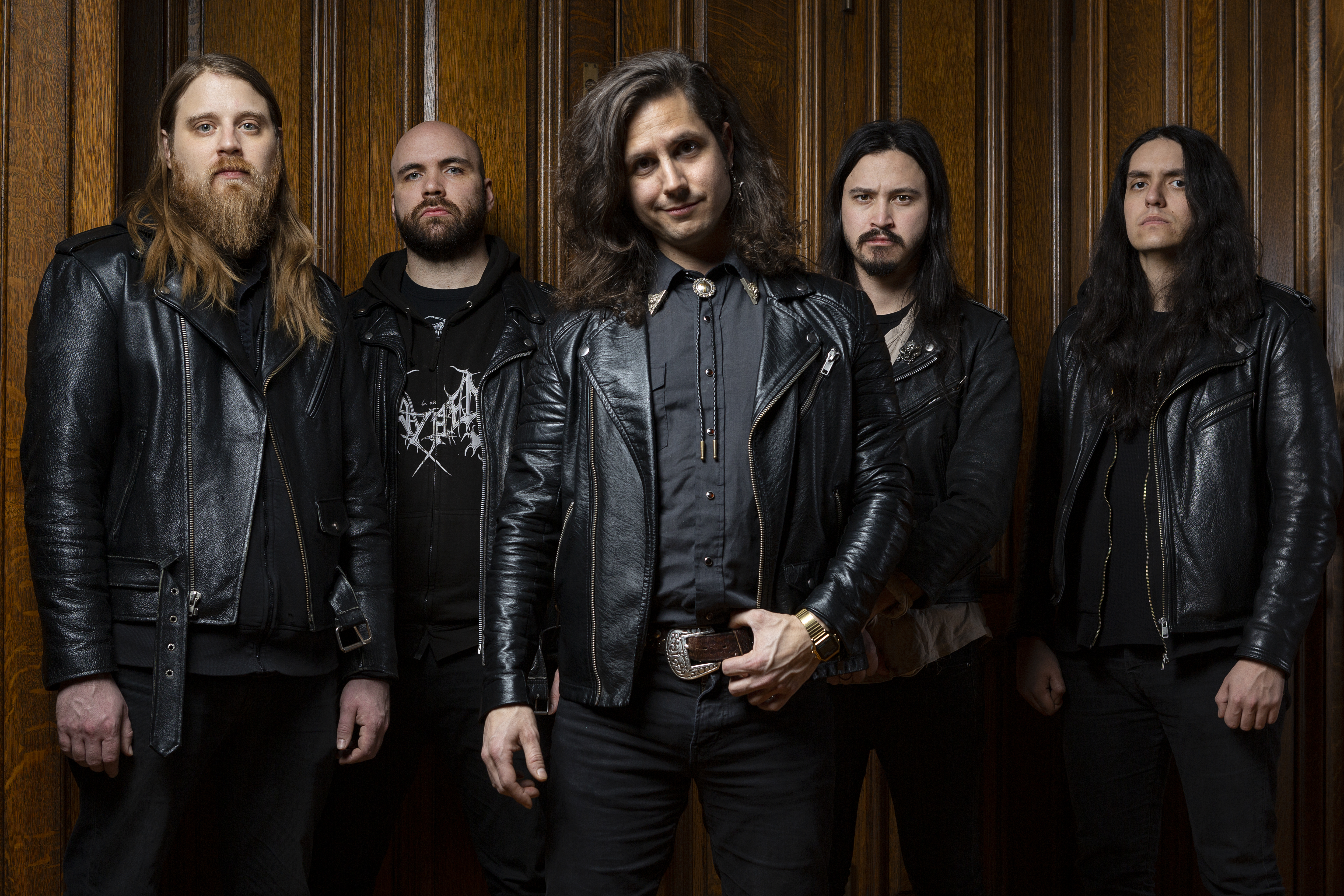 By David RodriguezSeptember 6, 2019 No Comments

Crypt Sermon took their sweet time plotting their return. The focus on epic tone, divine guitar work, and infectious melodies in The Ruins of Fading Light make it well worth the wait.

2015 saw the release of the debut album of Crypt Sermon. Out of the Garden played to an epic doom tone, but put a lot more emphasis on the doom. It earned the Philly band some deserved recognition, but when I see ‘epic doom’ as a descriptor, I expect epic. I want larger-than-life riffs, soaring vocals, grand melodies that were forged in the furnaces of gods – Crypt Sermon had much of that, but I wanted more. Now, we’re faced with The Ruins of Fading Light and I must say, this is all I ever wanted and more.

Seriously, it’s like Out of the Garden was the band shyly introducing themselves to a new group of friends and this new album is Crypt Sermon walking right into their houses unannounced, helping themselves to food, and calling their friends’ parents mom and dad. The Ruins of Fading Light may be a basic name for an album of this ilk, but it exudes comfort, confidence, and flair that simply wasn’t present on their debut. Makes sense – we’re nearly five years removed from their last effort, much has been learned, many experiences have been had. Doesn’t hurt that the band also added bassist Frank Chin to their ranks either!

This is epic doom metal at its finest. Horses trampling, ominous chanting, horns, a fantastic lyrical aesthetic, and, uh… oh yeah, riffs. Riffs everywhere. Archers with quivers full of riffs. Ballistae with riffs loaded in them. Forts guarding stockpiles of riffs. Sellswords working day-by-day for satchels full of riffs. This isn’t some one-note jaunt though. One does not simply shred their way into the pantheon of modern metal greats. The sum is greater than the parts, and everything has its place. Just listen to “The Ninth Templar (Black Candle Flame)”. Galloping rhythms, monk chants, an atmosphere that carries an ancient, prophetic weight to it, and, yes, it’s all capitalized with a hell of an exclamation point: absolutely stellar guitar work.

One standout is the vocals on literally every song. Brooks Wilson just powers through theatrical singing that isn’t hackneyed or overwrought with drama. His voice has range; he growls low to show the beast within, and sings high enough to seize the attention of the gods themselves. Wilson is supported by backing vocals and the aforementioned chanting to wondrous effect. “Key of Solomon” perhaps expresses the range of vocal contributions the best. The chorus is simple (‘Keeeey of Solooomooooon!’), but it’s so anthemic and… well, epic. It’s also indicative of the greater story at hand, and how magic is explicitly invoked in the theming of The Ruins of Fading Light beyond just how good the music itself is.

Epic doom pioneers Candlemass are channeled on the riveting “Christ is Dead”. Not as blasphemous as the name might imply, it deals with loss and sacrifice utilizing acoustic guitar flourishes and a hook that’s stadium ready:

‘I looked over the edge of the rainbow
I stood atop the thunder head
Far away, a dark horizon
We are lost and Christ is dead
I’ll shout it from the highest steeple
I will drink from the holy sea
I will stare into the eyes of the devil
‘Til I know we are truly free‘

The entire aesthetic of this song – and, indeed, most of the rest of the album – shines rays of light down onto the earth through blackened clouds, bathing everything in an unearthly light that is far beyond our comprehension. The fact that The Ruins of Fading Light has a sizable thematic focus on faith and power is wholly evident because the music is capable of not only conveying those themes, but uplifting them to levels they couldn’t achieve without the proper handling.

It’s quite apparent that this album is the product of a new band – born again, you might say. Crypt Sermon went from solid doom band to absolute force of metal fury with righteous nuance and maturity in not even half a decade and one album of growth. By the time you hear the last two tracks of The Ruins of Fading Light – and two of the best ones on the album at that – it’s a sonic cliffhanger. While the story of this album may be complete, it’s indicative of the quintet’s coming reign. We come to the summit of this tall heavy metal mountain to see Crypt Sermon sitting pretty in a throne fit for them, perhaps willed by the divine.

If you like old school metal aesthetic with modern sensibilities and an outstanding epic tone, I can’t recommend this album more. It’s one of the best of this sound I’ve heard so far this year, and likely will hear for the rest of it. It will have you on your knees, screaming the lyrics out, pounding on the ground to the beat of the drums. The melodies are contagious beyond belief, and everything comes together in a way that some bands couldn’t achieve on their fifth album. I love it.