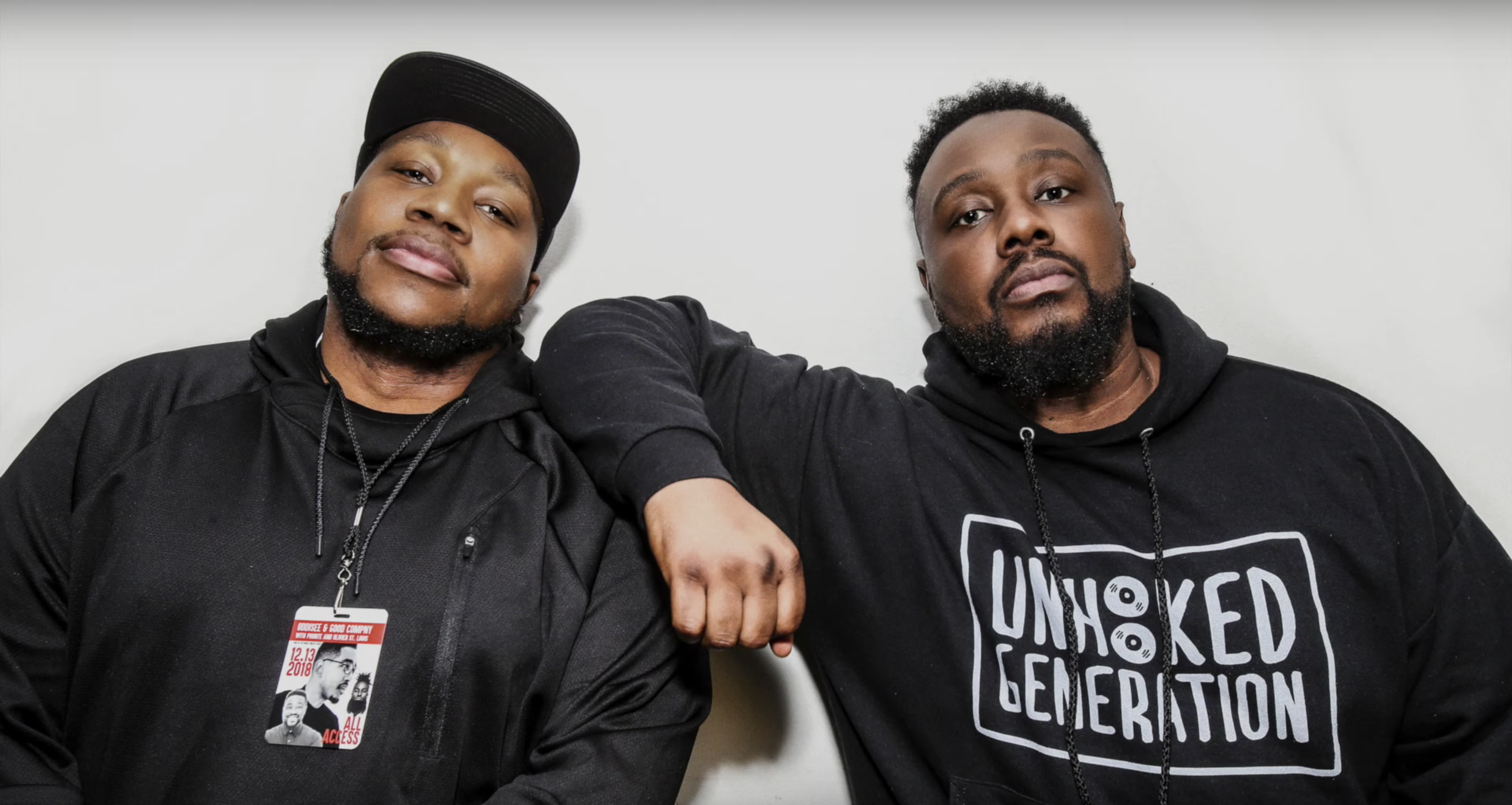 Little Brother – “May the Lord Watch”

By David RodriguezSeptember 8, 2019 No Comments

Little Brother are back and sonning their contemporaries in the chill, mellow hip-hop game with May the Lord Watch. All the trademarks are here – bars, beats, and belly laughs – to make for a lovely, impressive reunion album.

Those words are rapped by Phonte on the chorus of “The Feel”, the opening song to May the Lord Watch, the latest album from rap group Little Brother. Call it a comeback if you want – it’s more accurately a reunion – but all that matters is that ‘feel’ referenced above. Nine years removed from their last project, the legacy members of Little Brother have stayed busy. Phonte has been releasing solo material pretty steadily, including one of my favorite rap albums of last year, No News is Good News. Rapper Big Pooh has followed suit with a number (and I mean a number) of projects. 9th Wonder, producer extraordinaire, has been as prolific as ever, earning a spot as one of the best producers of this millennium if I’m being real. It’s with 9th‘s blessing that Phonte and Pooh move forward with this project as a duo, and it’s their best since their beloved 2005 hit The Minstrel Show.

Really, this whole album hits harder, deeper, and fulfills a lot more if you’re a fan of Little Brother already, or have at least familiarized yourself with the canon of The Minstrel Show. May the Lord Watch is a succinct, palpable, and fun continuation of not only that album and its theme, but just of the Little Brother sound in general. This album carries the duo’s lovely cleverness that makes a case for the group being one of the best in hip-hop ever, even without this new project in consideration. If you’re not a fan? Well, there’s still some stellar-ass rapping and beats here, mostly done by Khrysis, assisted by others like Black Milk, Nottz, and BlaaqGold. They do a fantastic job of capturing the smooth sound that 9th Wonder helped establish with the group without feeling like an imitation or even emulation. It’s genuine, and age has treated Phonte and Big Pooh well as they approach lyrical topics with the wisdom that comes from toeing the middle-age line (remember, Phonte is 40 now, with Big Pooh close by at 39) and learning a thing or three.

Damn, 350 words into this review and I haven’t even talked about the music itself. Better get to it before my fellow editors assassinate me. Speaking of killing it, this album sure does that! Just like the group’s previous work, the production here is so smooth, twinkling in your ears, shimmering on your stereo. It’s dainty, but not frail – just enough to make the M.O.P. vocal sample on “Everything”, a deep contrast the other overall tone of the track and album as a whole.

You hear chimes, an abundance of beautiful, yet soulful piano, understated drums, and plenty of backup singers that lend additional delicate tones to tracks (including Madison McFerrin and Bianca Rodriguez  – no relation). This is grown-ass rap, more focused on being a lovely rhythmic companion to your day than juicing you up to fight 55 dudes at once or impregnate every lady in the club. Damn, “Sittin Alone” is even an honest introspection on outgrowing the club-going lifestyle:

‘We get down, thinkin’ ‘damn yo, this shit is boring’
After 35, the club’s a different kinda torment
Pretend to be excited, watchin’ bitches Diddy Bop
When you would rather be at home watchin’ Flip or Flop’

It’s all rapped between a silky Bobby Caldwell-sampled hook, over deep bass and plucky keyboards. “Goodmorning Sunshine” has crisp drums and ethereal backing vocals and harmonies that lay the foundation for a love song that isn’t unmitigated cheese. Phonte even handles the sung hook himself because; if you weren’t aware, the dude can sing. It’s actually sweet and Pooh has one of my favorite lines on the whole album here: ‘She my down-ass offensive slur/In expensive furs, Louis Vuitton, that’s picture perf‘. “Black Magic (Make it Better)” touches on the black experience in entertainment from Little Brother‘s view over some similarly chilled out drums and vocal harmonies.

This album has a great sense of humor, hearkening back to a time when rap records were inundated with skits. We see the return of other producer extraordinaire Roy Lee in an interview with Questlove, the 14-years-delayed punchline to an offhand joke about rapper Joe Scudda (fictionally, this didn’t actually happen…I hope) performing in blackface, and a little trailer for a reality show parody that continues the epic, no-nonsense parental saga from “Diary of a Mad Black Daddy”. All of these play to the bigger theme of Little Brother‘s music and performances being a part of the fictional TV network UBN (a parody of a), serving Raleigh, Durham, and Chapel Hill in North Carolina (where the group originates). The skits are genuinely funny – even the actors seem to break character to laugh at their own jokes (“Inside the Producer’s Studio”). They show the jolly personality that Phonte and Big Pooh both have, and show that, above all, this is supposed to be fun music.

So, at the end of the day, I take Phonte‘s words in “The Feel” to heart. May the Lord Watch is about capturing a vibe and along the way, it pushes their thoughtful and lighter approach to hip-hop further into a time when even our more thoughtful new school rappers aren’t this smooth, even with seemingly limitless youthful energy. Maybe that speaks to the experience Little Brother have, but regardless I think there’s something to be said for statesmen such as them coming back and not losing a damn beat, literally and figuratively, even without 9th Wonder to back them up.

What do you need to enjoy this album? A beating heart, a thirst for fun, a foot (or equal appendage) to tap along to the kick drum, and a head to nod along with. Perhaps this album is for a particular audience, one that I touched on in the beginning, but there’s so much going on here on an individual level. There’s humor, there’s knowledge, there’s a craft here that’s been honed for decades, and I can’t imagine the average hip-hop fan that appreciates a more mature take on the genre not enjoying this. It’s a beautiful thing to see one of your favorite artists come back and knock it out of the park – and that’s exactly what May the Lord Watch does.