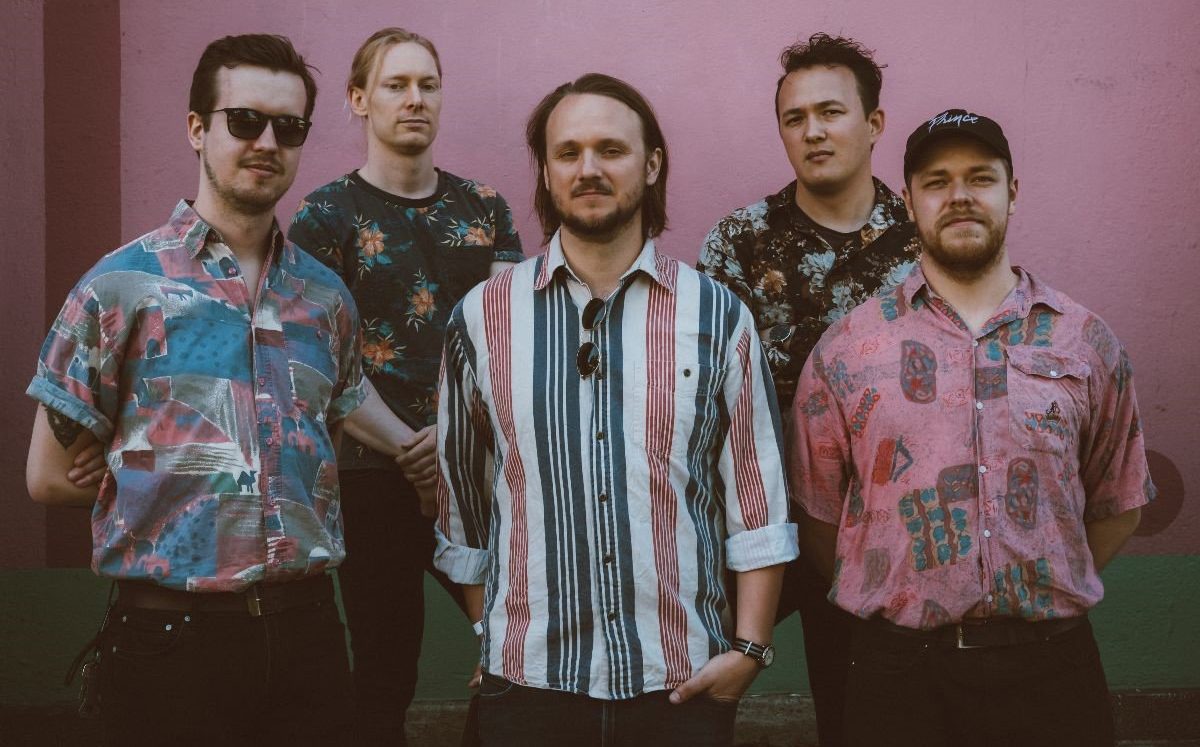 By JP PallaisNovember 5, 2021 No Comments

Just when you thought that lightning couldn’t strike twice in the same location, MØL go ahead and do exactly that with Diorama.

MØL made waves with their first album Jord, released back in 2018. It was impressive for a debut to sound as great and as fresh as Jord does, especially within a genre with so many similar-sounding bands. Their debut showed how fierce yet idyllic MØL’s music can be, and ultimately what they’re capable of, especially so early in their blooming career. Jord is definitely not lightning in a bottle, though, and their newest album Diorama is all the confirmation that you need to know that this band is no fluke.

This Danish group has a keen sense of juxtaposing undeniably infectious guitar melodies and lavish soundscapes with ferocious shrieks that just demolish away at you. Everything they do comes together quite elegantly, and I can’t help but be enchanted by their music whenever I spin it. They couldn’t have made it any clearer that MØL takes influence from the likes of My Bloody Valentine/Slowdive as well as Alcest/Deafheaven. If you’re someone who was disappointed with Deafheaven‘s sound change on Infinite Granite (couldn’t be me), I can guarantee you that MØL is exactly what you need.

Everything about Diorama is exactly what you’d expect MØL to execute on their new album and then some. Following the brief, serene opening and trademark MØL tremolos that open up “Fraktur”, you’re met with these woeful, Western-sounding chords that just swirl in your ears as you listen. You’re made to understand damn clear that this is the very same MØL that you’ve grown to love, just with a few new tricks up their sleeve. Although songs like “Fraktur”, “Photophobic”, and “Serf” are the types of tracks you’d expect to hear from this group, they throw in little musical change-ups that expand on their already well-established sound, ultimately giving these songs a fresh twist.

“Serf” is one track in which I wasn’t anticipating the guitar tapping flurry that comes out of left field; tapping to that degree isn’t something you hear at all in the genre, really, and it caught me by surprise. Following “Serf”, “Vestige” stands out with its not-so-subtle punk attitude and pacing early in the track, giving their sound a completely different spin. I almost thought I was listening to the new Turnstile record for a moment. The final chorus in “Redacted” has this complete rehaul of the kick drum rhythm that elevates the song’s final moments to another monumental level, bringing me endless delight.

Consistent with Jord, the instrumental and vocal performances here on Diorama are absolutely top-notch, and I cannot speak highly enough about it. The intense, fervent vocals complement the ethereal instrumentation in a way that not too many bands would be able to replicate. They both complement and contrast each other so captivatingly that it brings beauty and frenzy into one tight-knit package that just wouldn’t be the same without either element. The vocal dynamics is one thing that really improved from Jord; there is a tasteful inclusion of clean vocals throughout the album that doesn’t take away from the heaviness one bit. The closing track, “Diorama”, is a slow burner with fantastic utilization and layering of multiple vocalists to enhance the airy and longing feeling this track appears to portray; an absolutely exceptional way to close out this beautiful album if you ask me.

Diorama (and by extension Jord) is direct evidence that MØL are among the finest in the world of blackgaze, and don’t forget the fact that they’re just getting started. They may not do anything particularly novel in the grand scheme of things, music-wise, but everything they do, they do it damn well, and that deserves recognition. MØL’s newest release shows them continuing on with the sound that left fans absolutely smitten with them in the first place, all while throwing in several curveballs to keep you on your toes, making for yet another cohesive yet diverse blackgaze listening experience. With how saturated the genre is with alike-sounding albums, Diorama is definitely one to remember.