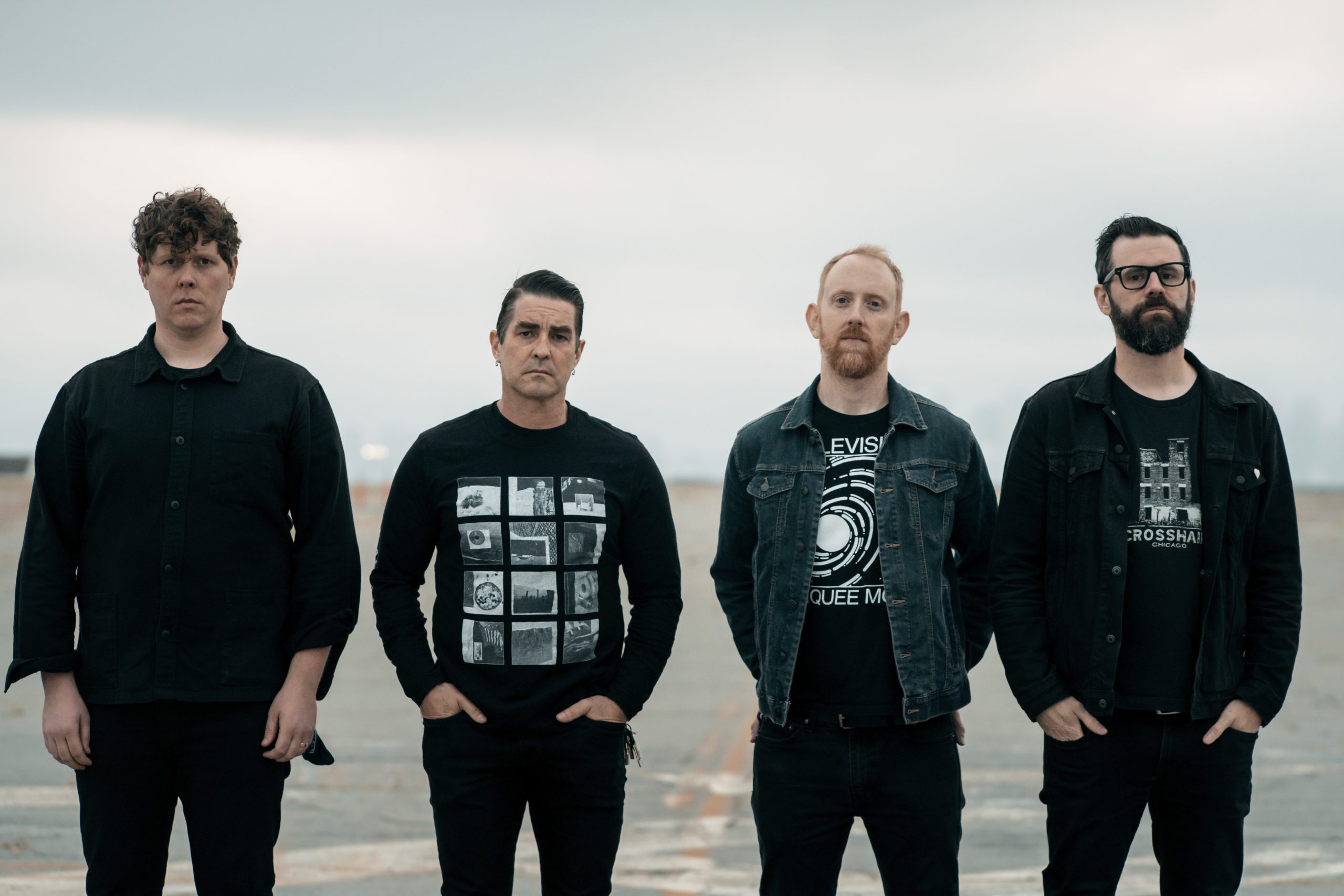 By David RodriguezNovember 4, 2021 No Comments

Kowloon Walled City return during a time that was already bleak and numb, making Piecework‘s compelling hollowness feel like a friend in trying times.

Kowloooooooon Walled City. Aside from a great name referring to the unique urban enclave in what was British Hong Kong, they’re also a great sludge/post-metal band I’ve been following for quite some time. When I was younger and getting into extreme and fringe music, they were one of the first bands in their lane that I latched onto. Thanks for Container Ships, y’all.

Six years since their last album, seemingly out of nowhere (unless I just wasn’t paying attention) they come up with a couple singles and Piecework, an album dredged from murky, dreary depths, just in time to bring an end to summer with overcast skies and wilted plants. Over the years, the band has stowed their biting aggression and speed present in their early days, opting for a lion’s share of lurch throughout their works, and Piecework is no different.

The Oakland band shouldn’t be read as slow, though – more like deliberate and calculated. Each strum of the guitar is meaty, each vocal is purposed, and drums are great stamps of effort in an overall soundscape that feels labored. In fact, much of Piecework feels tired, empty even, something I feel is intended by the band if the video for the title track is any indication. I don’t mean this as a negative – sure, lots of music, especially in the sludgy, post-metal world, usually makes its point with an overwhelming sense of weight and heft. Kowloon Walled City seem to drag a ball and chain behind them with this album, but it’s more subtly present in the tone and emotion of music itself.

“Splicing”, a cut deep into the album, feels particularly withered on the vine and spent (‘we cut ourselves apart, we’re all tired‘), but you don’t have to dig that deep to find evidence of this perpetual malaise. The title track and second single is just as apt to tell you about its day and revel in the monotonous capitalist rat race that threatens to grind us all down:

‘Now he’s back again, still talking through the dust
About money, about the kids
About forty years of digging dirt
Cold coffee and collared shirts
Double threaded under dull light
When your arms won’t fold
You’re so sick for home‘

All the vocals on Piecework are arduous, projected so that every fold of our brains vibrate from the effort. The lyrics are reflective, and when paired with the perceived emptiness of each song, it means you’re left with only thinking and feeling when faced with it all. But Piecework‘s pensiveness isn’t completely devoid of sonic treats.

The band plays within its cold boundaries to bring rumbling bass rhythms and some flair with the guitar. One area that really benefits from great writing and execution is “You Had a Plan”, which is fleshed-out and active throughout while retaining the mood of the album. I ultimately like the note that this album leaves on. Not only does it have an air of dark grunge to it, but it’s a bit catchy in its intro riff and the mood feels a little elevated. “Lampblack” as a name brings to mind an overwhelming darkness, but sonically chooses to see a light within it all, though maybe not a definitive one – ‘One last thought/Try to paint the page black/You want a wheel to hold/You want to feel like you’re going home‘.

Again, I do want to reiterate that none of what I’ve said about Piecework up to now is meant as a negative. You may interpret it as such, but that might just mean the album may not be for you. I think it’s important to understand where music that feels sad, tired, downtrodden, or otherwise not happy or upbeat comes from, the energy propelling it forward, and, even more importantly, why you find yourself gravitating toward it. I’ll admit maybe it’s my own life recently that has allowed me to connect with something as seemingly destitute yet realized as this album, as I’m as emotionally bombed-out as the house in the “Piecework” video is physically. It’s like telling a friend you’re so exhausted with life, them agreeing, and you both nodding knowingly to each other. It’s company in that little pocket of misery, but you find hope in knowing you’re not alone, and maybe you have a light at the end of the tunnel as a result.

Piecework is quite the autumnal album, pensive in its pacing and bleak in its tone. Like the fall season, it’s a time for finding beauty in the grey, it’s finding your warmth among the dwindling heat in the atmosphere. Kowloon Walled City are strikingly confident and ceaseless like the changing of the seasons, and this new album is another entry into a dense, textured, and varied discography where growth and age has often meant admiring the sparse, windswept environments around us instead of the flashy, entropic action of youthful flair. There’s space for both, one doesn’t erase the other, and there’s a lot to appreciate among either side and everything in between.