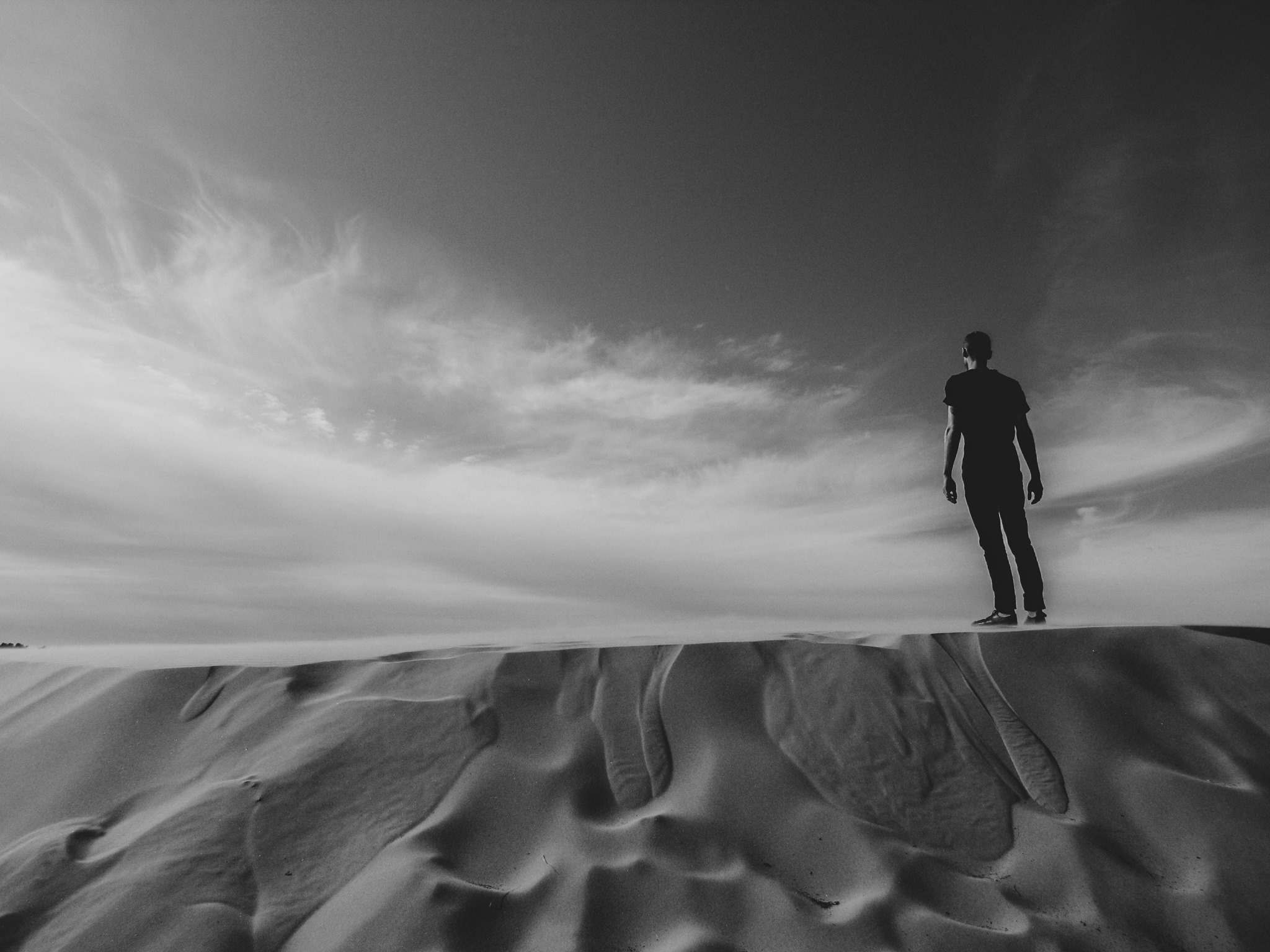 Myopia is an ambitious collaborative effort that showcases the striking musical abilities of two well-established extreme metal acts, resulting in a stimulating record that many might have overlooked this past month.

As far as the world of doom goes, Baton Rouge’s sludge giants Thou and Portland’s blackened doom one-man project Mizmor have been carrying the torch of underground doom for the past decade and a half. Both artists boast a rich discography, highlighting some of the most extreme, powerful, and tentative music containing the slowest and heaviest riffs, most notably is Mizmor’s Yodh in 2016 and this year’s Wits End, whilst Thou’s Hightower (2021) and Magus (2018) are just two of the band’s latest releases that add to their challenging and diverse sound. Moreover, these artists have been known for their collaborative work with many other extreme metal and progressive bands, producing a range of splits and collaborations with other renowned artists such as The Body, Emma Ruth Rundle, and Hell. Now, a much-anticipated co-operative effort by these two artists has surfaced, showcasing some of the artist’s most ambitious musical traits rolled into one merciless record. Mizmor and Thou present Myopia.

The first track “Prefect” demonstrates a sinister black metal presence through a combination of ear-piercing vocals and densely layered atmosphere. The damaging rhythmic structures influenced by Mizmor’s eerie black metal character interweave fluidly with Thou’s trademark melodic doom phrases encapsulating a fear-inducing musical experience. “Subordinate” similarly has this sense of melodic-ness accompanied by a dread-wrenching display of dissonance and hellish ambiences. The guitars are effective in conveying a mystical kind of mood that evokes feelings of fear, confusion, volatility, and supremacy.

“Drover of Man” continues this heavy onslaught through disgustingly inhumane vocal ranges and slow, brooding sludge metal riffs. The demoralised feeling of this track is further conveyed through its lyrical themes, particularly the chorus line ‘Silent and sullen, dejected. Wilful disobedience, a tantrum, my minor rebellion’, it resembles a sense of humanity’s longing to revolt against the besieged power that spurs corruption and war. Piercingly low droning guitar riffs shriek out during the closing section of this song and prepare us for “The Host”, a surreal, dissonant sludge track that signifies herd mentality of human culture and their parasitic nature. Layers of feedback are implemented to create this nihilistic observation of our culture whilst the unwelcoming vocals lines scream ‘Becoming lodged, constructing minds, Incidental audition of hosts’.

As we meet the album’s mid-point, the emphasis on this mysterious, cosmic atmosphere begins to creep in, allowing for some interesting soundscape experimentation. “Indignation” exemplifies this well and builds some momentum through these dragging guitar riffs and slow rhythmic sections which mould into these grander song structures upheld through strong sonic textures and disturbingly low frequencies to generate a dark ambience. “Manifold Lens” further expresses dissonant and sorrowful musicality delving deep into a dark, outlandish nightmare of rumbling feedback and a fierce vocal delivery that both sets of artists seem to convey astoundingly.

The title track “Myopia” commands brutality from the outset, emerging through ghostly textures that come at a pummelling rate. The song and album title appears to be a critique on the ways in which we live our lives, seeing what is put in front of us yet too blind to look out farther ahead, as the lyric reads ‘The way of myopia. Constricting perspective, narrowing sense. Contemptuous sneer as the frame starts to rot’. Nihilism and hopelessness are conveyed through these doomy riffs, crashing like apocalyptic waves into a black sea. This followed by a deeply unsettling bass riff on the final track “The Root” which is played at such a low frequency it pulls the listener into a hypnotic trance of hellish despair and delirium. As the rest of the song continues the accompanying guitars explode with vigorous tension and the cymbals carry the excess weight in order to maintain this extreme medley of bleak, apprehensive sonic disorientation.

As far as doom metal collaborations go, and especially in Thou and Mizmor’s case, this record perhaps seems underrepresented in a sense that the weight of both artist’s other work overshadows this one somewhat. For many, who are just getting familiar with these two great musical acts, Myopia may get swept under the rug for a period of time. However, this is not one of those records that should be ignored by any means, this collaborative work sees both Mizmor and Thou at the top of their game, delivering some of their best musical and lyrical craftwork and demonstrating superb artistic chemistry making for a very exciting future terms of new releases by both artists.