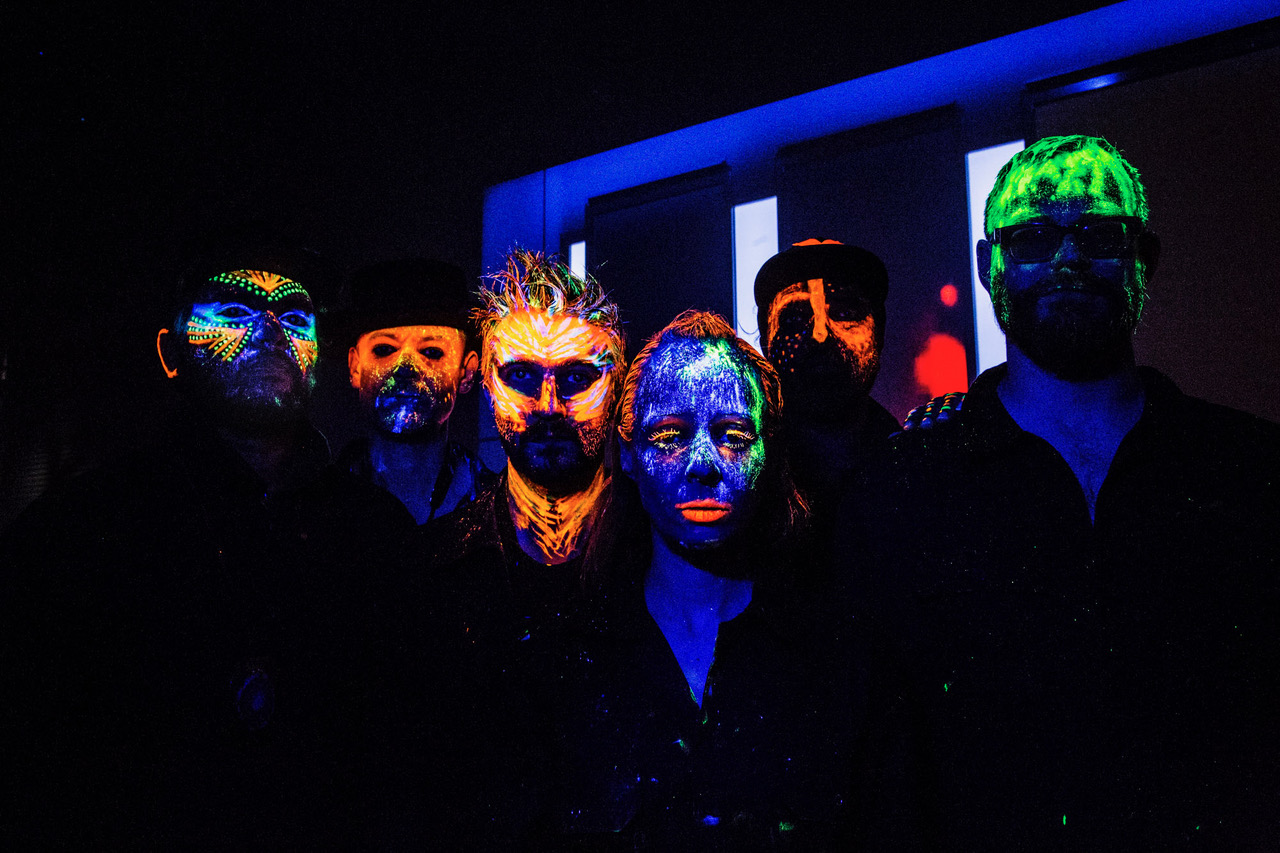 100% YES explores a new style of jazz by incorporating different genres and heavy percussion. The album impressively balances powerful lyrics and rhythmic saxophone lines in an energetic setting created by the six-piece ensemble.

Melt Yourself Down is a London-based group born in 2012. Led by saxophonist Pete Wareham, the band has a total of six members. Their new album 100% YES is a brilliantly hectic mesh of genres. The ten-track affair includes funky saxophone, jazzy and punk-inspired drums, and chant-like vocals, showing that they are not afraid to mix and match genres. They create a big and full sound that moves quickly without feeling too heavy – each song is upbeat, and is bound to get people dancing with catchy melodic lines.

Since its release, 100% YES has received a lot of attention; this includes it being chosen as BBC 6 Music’s album of the day on April 8. The band is planning on touring behind the album throughout the United Kingdom later this year.

The band released three singles, “It Is What It Is”, “Every Single Day”, and “Crocodile” prior to the album’s release. All three songs have a video accompanying them, which creatively incorporate the artwork used for the singles. “It Is What It Is” encourages people to be the person they truly are and do whatever they need to do to achieve this. It prominently features Wareham’s saxophone and Kush Gaya’s influential vocals. The following single, “Every Single Day”, looks at the modern world to talk about controlling one’s own life. A melodic saxophone line at the start is followed by vocal distortion and chant-like vocals. Still being quite chaotic in sound, it is one of the most mellow songs on this high-energy album. “Crocodile”, the album’s final single, is very lively, and has a call-and-response dynamic between a saxophone riff and vocal lines. The lyrics deal with personal demons and bad habits, represented by a crocodile. These singles have enjoyed heavy rotation on radio stations in the United Kingdom, and have been recognized as exploring a new, raw style in jazz.

Percussion is a main focal point on 100% YES, but does not overpower the song at any moment. The album is very percussion-heavy, using interesting drum beats and adding percussive saxophone elements. Throughout the individual songs, the percussion jumps from a harder punk style to a more jazz-influenced feel. This is done in a very similar style as Too Many Zooz, a baritone sax and drum ensemble from New York. After listening to 100% YES, many similarities became evident between the two groups. Their sounds being similar is most likely the result of being led by a funk saxophone player.

Title track “100% YES” closes the album. Interestingly, the track is quite different from the others. It is two minutes longer than any other song on the album and starts with a voice talking to what seems like a live audience, which says: ‘Vision is always all inclusive. Desire is personal. Desire leads to incremental changes and improvements. Vision can transform the whole situation. I like music.‘ The song moves into a groovy bass line and adds bongos to a tribal-sounding saxophone line. It remains instrumental for the first two minutes, then adds Kush’s floating vocals behind the percussion and bass. There is a fun saxophone solo in the middle that transitions back into the main theme of the song. The track is freeing and creative, with an energetic beat to boot, giving the feeling of a cultural dance ritual. 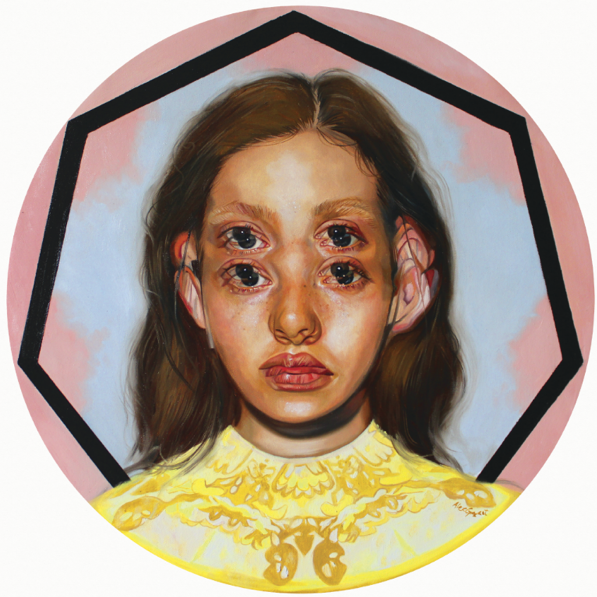 The album’s artwork, done by Canadian artist Alex Garant, is just as engaging as the music. Depicting a girl with two sets of eyes and ears, it appears as though there were two pictures of the girl layered on top of each other, with one shifted slightly so that the image appears almost blurry. It plays with the mind just as much as the music on the album. This artwork is a perfect match for 100% YES, being beautifully chaotic.

The entire album impressed me greatly with the blended genres; nothing feels out of place or awkward. I have not heard an album that has mixed at least four very different genres so well. Melt Yourself Down have done an excellent job of balancing interesting drum beats, powerful lyrics, and distinct tones throughout 100% YES. Gaya writes very thoughtful lyrics, talking about culture and politics in songs such as “Born in the Manor” and “Boot and Spleen”. Even though all of them have an upbeat tempo and percussion section, Gaya’s versatile vocals are able to set diverse tones that make each song unique. This album offers many exciting listening avenues –  picking out the saxophone line or focusing on the energetic percussion offers something new each listen. Melt Yourself Down have somehow organized chaos and balanced it in a way that is new and raw.