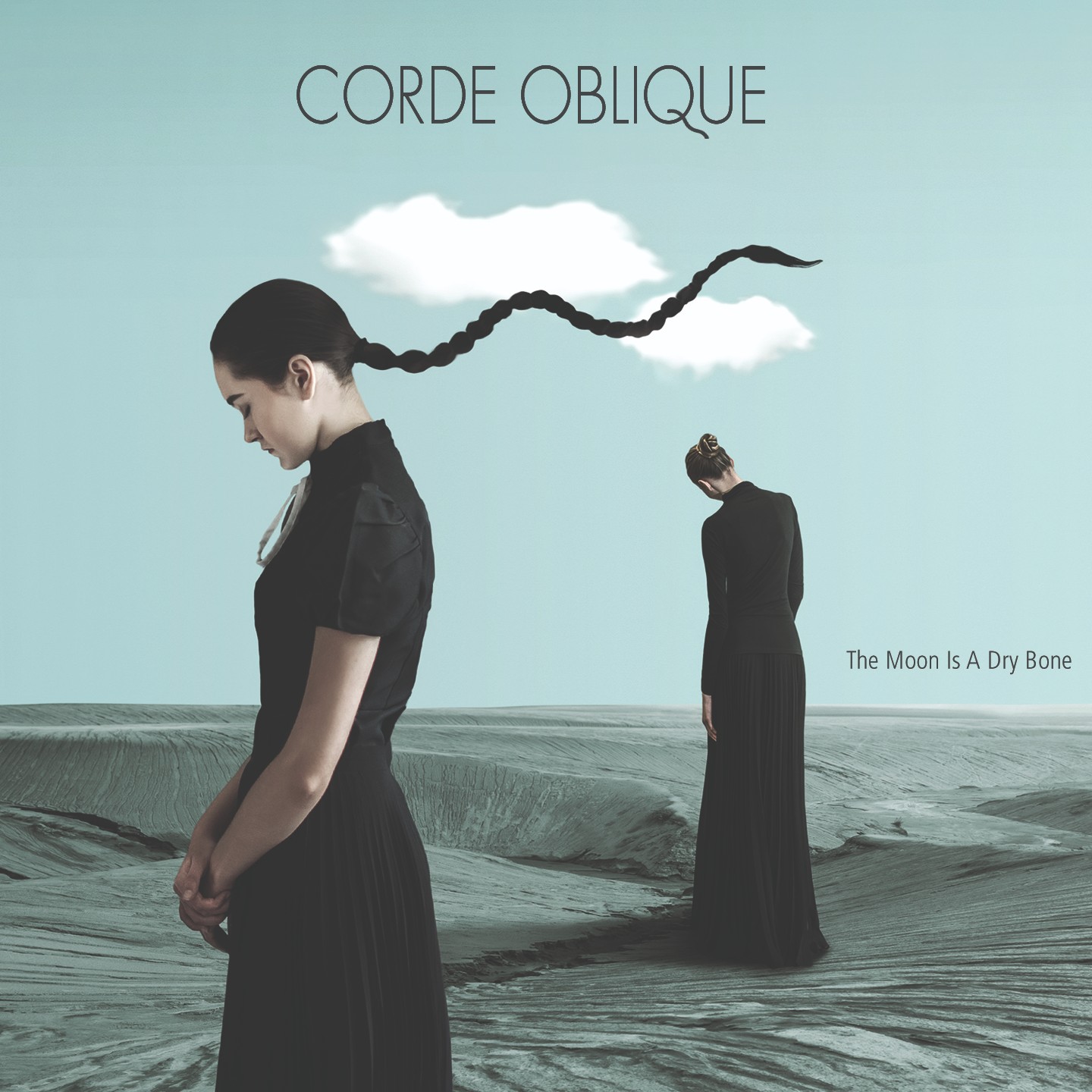 Corde Oblique – “The Moon Is A Dry Bone”

The Moon Is A Dry Bone brings a little from all the facets of the band we knew, along with something of a fresh breath.

To me at least, Corde Oblique is synonymous with what modern folk should be. For those who aren’t familiar with the band: they’re a group hailing from Naples, Italy, fronted by guitarist Riccardo Prencipe, who has been composing the majority of the band’s material since 2005. The band doesn’t have an exact line-up; some musicians are recurrent, while others may become recurrent yet. As the record features quite an extensive cast, I’ll let you dig into that on the band’s Bandcamp page yourself. Corde Oblique have been consistently pushing out music containing their unique and lovely blend of styles for the past fifteen years. Now, reaching their seventh album, they show no signs of creative or physical fatigue whatsoever.

Stylistically, The Moon Is A Dry Bone kind of drifts towards what one would expect based on past material, yet it strays just far enough to generate a feeling of novelty while maintaining the familiarity that may exist with the band’s sound. The album draws from earlier sounds in a way that feels like a distillation; it also adds some truly new things that have never been attempted on previous records. Yet again, an Anathema cover has made it onto the record, and to great effect, just as it always manages to do on any Corde Oblique album that happens to feature one. It would be even more difficult to pin this album to some particular niche than ever before, which is why I’m tempted to say that, stylistically speaking, it’s all over the place. That’s a great thing, though; the level and depth of variety that’s present here is unprecedented, and it makes for a very dynamic and colorful listen.

Dare I say that emotionally, it’s just as all over the place, if not more. From where I’m standing that’s fine – personally, I can’t get enough of this smorgasbord type of approach and delivery. There is a certain flow between the songs and the feelings that emanate, so it definitely isn’t a ‘haphazardly strung-together in the spur of the moment’ kind of thing that just wants to cram as much as possible into a single frame. I guess what I really mean is that the record just goes places and does so with a certain kind of finesse that I can’t properly describe otherwise. From a slightly more technical standpoint, Corde Oblique are on top of their performance game, as always. But then again, this isn’t a band that wants (or likes) to impress you with virtuousic displays of technical prowess.

I’m quite emotionally invested in some of the band’s past material and even some pieces off of this album already; as such, I can’t help but wish that The Moon Is A Dry Bone would’ve been comprised of more moments that leaned more towards songs like “Almost Blue”, “The moon is a dry bone”, “Le torri di Maddaloni”, and “Almost Blue part two”. But that’s just me – the album is definitely fine the way it is. All things considered, the album’s title track is a real show-stealer, as it goes down a path that is entirely foreign to the band. I hope to see more such leaps in the future.

I’m not sure I can really condense what this album puts forth in any manner or amount of words, as is the case with any of the band’s albums. Sound is the only medium through which the warm, wistful Mediterranean air can make it inside each of us in a way that makes the experience feel as authentic as actually being there. If you’re looking for a band or album that is solely for the heart, you happened upon one with Corde Oblique and The Moon Is A Dry Bone. Let your mind take a break and indulge in this.

Corde ObliquedarkwaveEtherealexperimentalFolkfolkgazeitalymediterraneanNaplesneoclassicalNeofolkProgressiveThe Moon Is A Dry BoneThe Stones of Naples