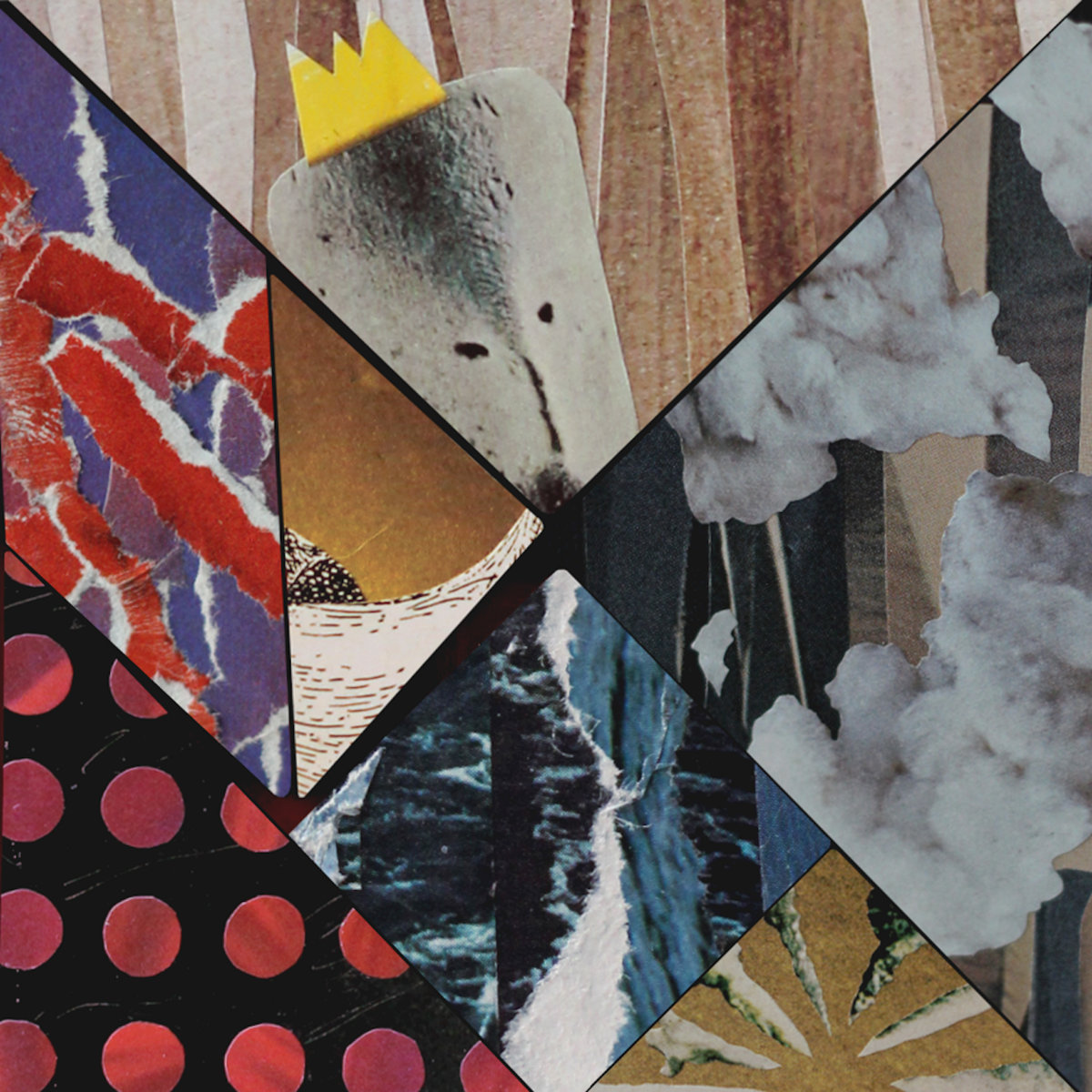 Material Girl composes, collects, and arranges a spectrum of ideas to create an ocean of mystery and intensity.

I’m glad I gave this record more than one listen before jumping into review mode. There’s a lot to unpack, so much so that I’m certain the human brain is hard-pressed to absorb it all in one sitting. Would I have taken it at face-value I may have been left a little confused. Perseverance allowed me to unearth the greater essences hiding in Tangram.

Material Girl is a Philadelphia-based rapper and producer, who in this particular project has focused primarily on the instrumental nuances of hip hop. I have to say, however, that this description is underselling it somewhat, as there is a great deal more to it. Suffice to say that there is no rapping a such. If there are vocals to be found, then they are sporadic, fleeting, and interwoven with abstract intent inside the larger tapestry of Tangram.

The same goes for the music itself. Tangram is a dense, seven tracks-long patchwork of cut-and-paste sounds that’s brimming with emotion. It does not sit still, it rests on no laurels, and within its mighty chasm of thought lies an underlying sense of purpose. In fusing music in such an intricate manner, you’ll find that each song is an enigma of its own standing. Bound at large by the conventions of jazz, the range also covers classical, soul, funk, and a great deal more beyond.

From the bewildering intro punch of “Clutch”, through the zen-like clarity of “No Runner”, and onward to the eclectic reaches of “Platypus”, the vibrancy and intensity of Material Girl‘s work makes itself known with fearless resolve. With four more tracks of equal substance lying in wait, the brains of listeners are sure to be well-fed. Yet it seems that past the halfway point, the narrative merges into dreamier soundscapes, and so grows ever more obscure with each passing minute.

This, of course, may be a subjective viewpoint. What you are reading in this instance are my own personal observations and reactions to the music. Yet therein lies my larger point: Tangram is a puzzle box, and the prize within is moulded purely at the listener’s discretion. Your interpretations may differ wildly to the next person’s, and don’t you just love it when an album does that? The love, despair and notable moments of calm are all fragments of larger pieces that you pick up, and then use your imagination to determine the whole.

What is Tangram? I guess the evasiveness of the answer is the primary objective of this record. There really is no start or finish, no singular topic to focus on, but you’d better believe that the feelings and emotional content overflowing in this torrent of sound is as rich as one can possibly find in music. It’s an experiment, a bold one at that, and it ensures that the listeners are fully involved. Let your guard down for one second and you may find yourself fully enthralled in its hypnotic recesses. As an entity, it will forever remain a mystery and that is part of the fun. In its own unique way, Tangram is a masterpiece.