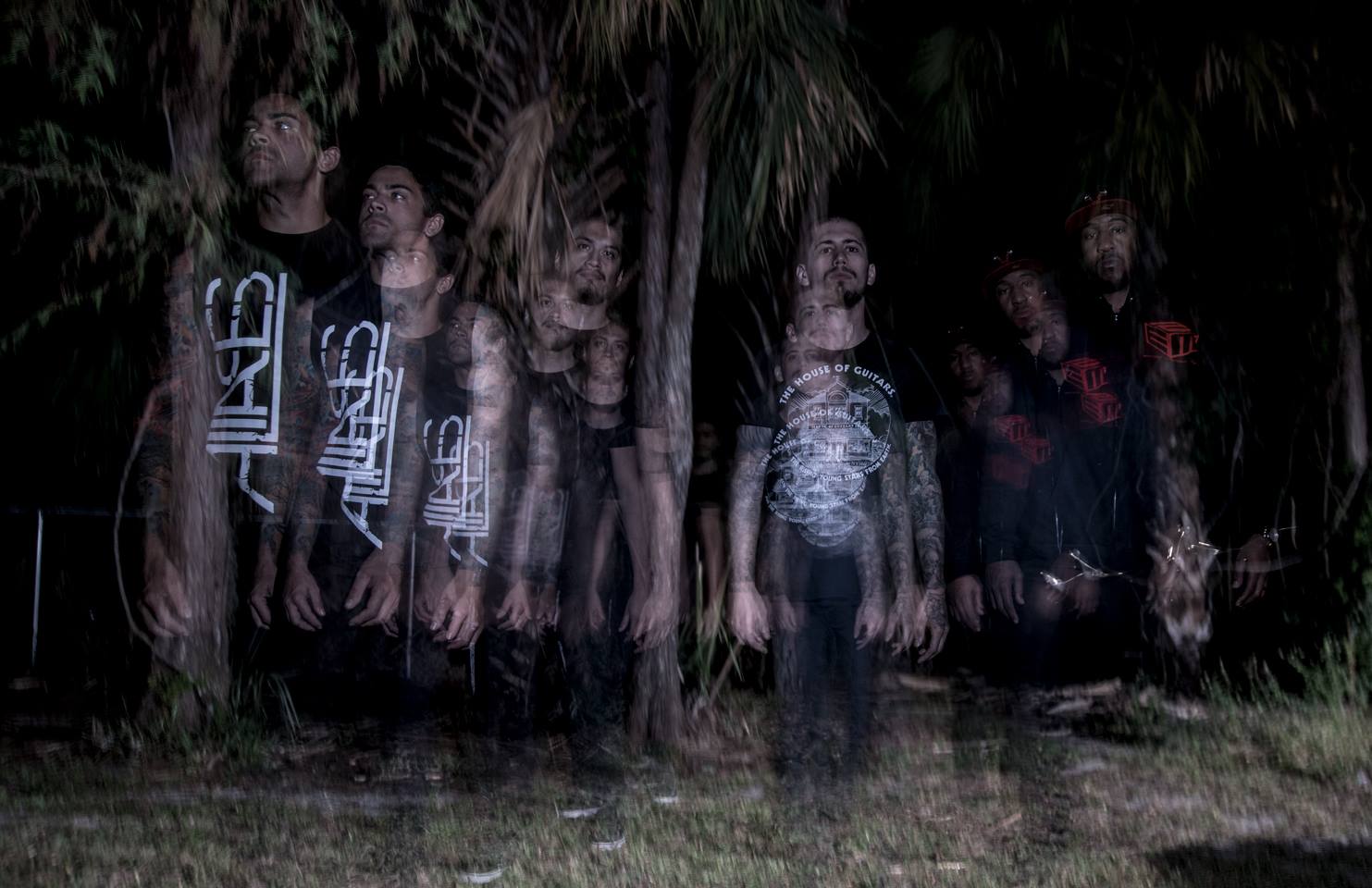 Lillake have honed their craft, evolved and recorded another absolute belter with Memory Lies. From the sheer aggression and monumental riffs to the amazing vocal harmonies and world classic musicianship, this is a must-have for anyone who likes it heavy.

It’s no surprise that since I discovered their debut album, Become, I’ve been waxing lyrical about how cool Lillake are. They’ve been teasing new music since 2017 and, finally, their new long player, Memory Lies, has arrived. Steel yourself for another blast of great metal.

THANKS FOR THE MEMORIES

What we have here is both a solidification of the unique Lillake vibe and a collection of new sounds and timbres that expand the band’s palette. Things kick off strong with “Kma”; a solid riff driven piece, punctuated by blast beats unexpected stops. This is Lillake doing what they do best; precise angular riffing, brutal vocals and supreme drumming.

“Visceral Disillusion” lulled me into a false sense of security with the de-tuned arpeggios and laid back vocal, before cranking up another post-hardcore, angular, head-nodder with interesting time signatures. It also opens up into a Porcupine Tree-style layered, with clean vocal harmonies and massive sustained guitars. Unexpected, but awesome. The track then returns to the hardcore vocal and then cleverly mixes in some classic thrash style riffing, with a super melodic old-skool rock solo.

So far so good. Lillake are not messing around. Do they have more to offer? We’ll, once I was past these two tracks I realized that the band were just warming up.

One thing I’ve always liked about Lillake was the varied and interesting vocal style of Nico Santora. He mixes up post-hardcore shouting, growls, clean and whispering like it’s an everyday thing. With Memory Lies, he’s added a new sound to the band’s palette, namely, epic vocal harmonization.

“Visceral Disillusion” hints at this, but the harmonization really comes to the fore from this point onward. It’s something brand new and, somehow, works perfectly among the more aggressive hardcore shouting. “Waste” is a good example of the best of both worlds, mixing in multilayered vocals alongside classic thrash-riffs, giving it a modern twist. This track even mixes in a graceful melodic guitar solo from Bill Pogan before closing.

“Mask” gives further focus on the harmonized voice, sounding somewhere in-between the classic riffing of Megadeth crossed with the melodic sensibilities of Dogman-era King’s X. The angular rhythms combined with the ridiculous bass drum timing is a joy to anyone with metal in their heart.

Vocal experimentation continues unbounded. “Wait For You” is another tour de force, mixing the clean, hardcore and even some signature Alice In Chains style harmonies for the verses

Writing this makes it sound like the album is a bit of a ‘kitchen sink’ affair, but it is quite the opposite. Santora and co. have created a collection of songs that unmistakably sound like Lillake, while offering something new for the listener. For me, personally, I find this essential as I can only go so long with hardcore shouting before getting bored. Lillake never cross that threshold.

The heritage of the band members (Suicidal Tendencies, Infectious Grooves, Enfold Darkness) means that progressive thrash is well served on this album. Apart from old-skool themed riffs being interspersed here and there, there are a couple of real blinders, if you like it manic.

“Bed Of Lies” is about as angular as you can get before your brain works out where the beat is. Relentless riffing and furious drums push the track along, making my adrenaline tick up and up. Add a blistering (twin?) lead guitar solo that builds and builds into a shred fest and then, bosh, done!

“Going Away” bursts forth in a flurry of fast-as-hell beats, before another gargantuan riff smashes into Planet Rock to take control. Before you know it, psychedelic vocals spin from the speakers to lighten the load, before the track revs up again to break the speed limit once more.

Short and sweet, these tracks don’t outstay their welcome, just like a good thrash track should.

It’s impossible for me to review a Lillake album without mentioning the drums. Eric Moore is a law unto himself on this one, creating almost superhuman sounding beats and grooves that add to the intensity of the music perfectly.

I’ve said it before but, for me, I’ve been waiting for gospel chops to meet metal for years now, and Moore shows us again how it should be done. From the linear grooves to ridiculously complex and speedy fills, this album is a masterclass in how progressive metal drumming should be done in 2019. What sets Moore apart from the crowd is his background. How many metal drummers played with Sly and the Family Stone or Bobby Brown before making a career of single-pedal blast beats (yes, that is a single bass drum pedal!)? These experiences mean that his vocabulary and orchestration around the kit is different to other rock drummers, and sounds fresh.

Santora knows Moore is one of the secret weapons in his arsenal, and highlights it perfectly. “I’m Saved” is a whisper-led acoustic track that the drums just bubble over the top of. This dichotomy of gentle and busy works brilliantly. “Bed Of Lies” is as tight as hell and features the inimitable linear style of Moore. “Erased” is another drum highlight, starting of simple before focusing on some great angular guitar and bass drum stabs that get the pulse racing.

Lillake‘s debut album came out of nowhere and knocked my socks off. It’s easy to capture lighting in a bottle once, but ‘can they do it again?’ is a valid question to ask of any band when it comes to a follow up. The expectation to do it a second time is there, whether you like it or not. Lillake did it again.

Monumental riffs, aggression, cracking solos, memorable melodies, exciting new sounds, world class musicianship. These all sum up Memory Lies. Combined with production that is up there with larger bands, Lillake have created another amazing album that shows that the beating, clanking heart of metal is still alive and kicking.