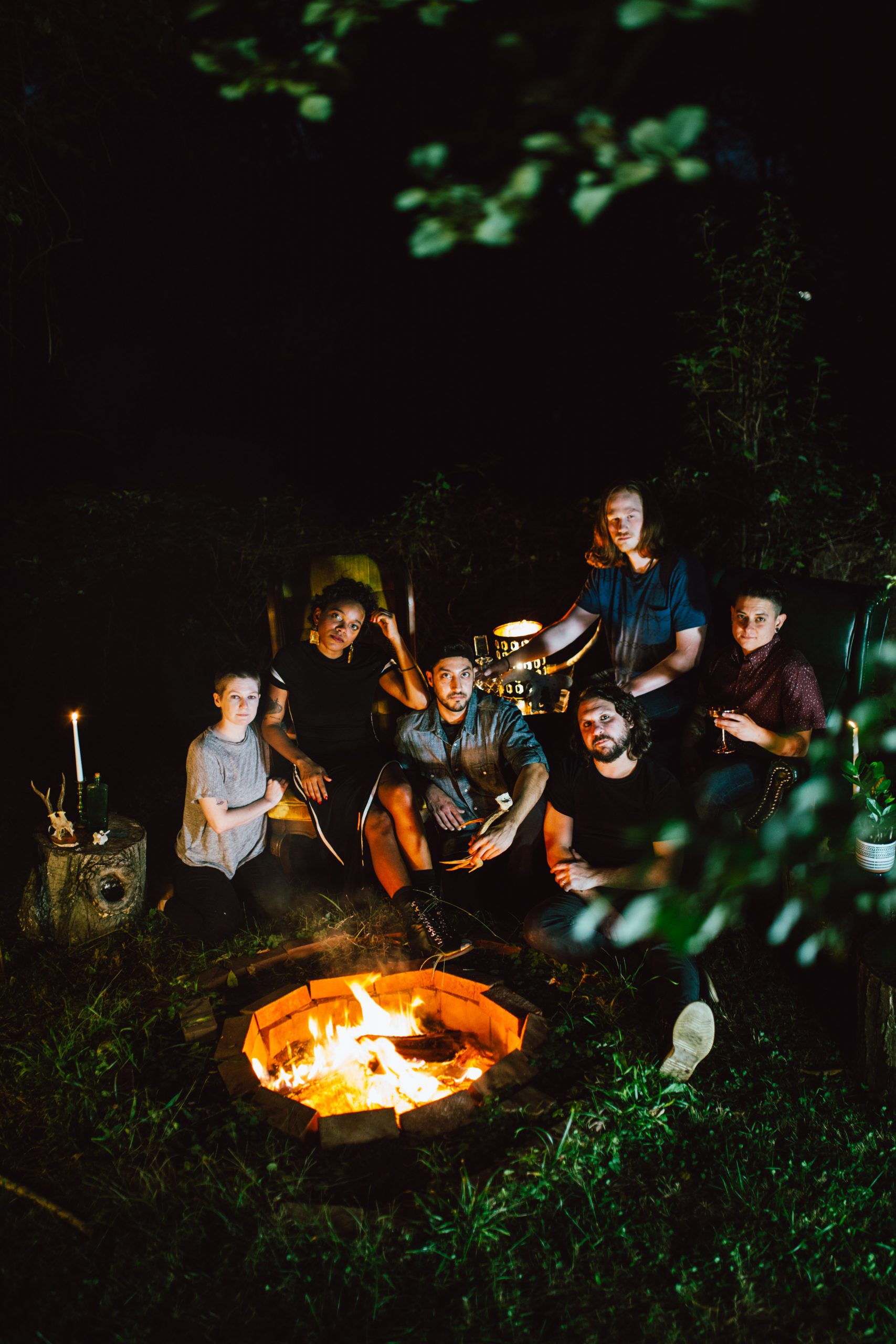 By David RodriguezNovember 24, 2021 No Comments

After the revolution, there will be parties, and I find it hard to believe Lightmare won’t be the headliner for most of them after hearing Dirt.

Lightmare may be one of my new favorite bands. It’s true this kind of thing does happen a lot to me – in my work with this site, I find out-of-nowhere bands and their albums that slap me in the mouth hard enough to turn my face into a Picasso painting, but this one’s a little different.

Lightmare are a sextet from Washington DC, dealing out soulpunk for the masses about ‘love, death, and revolution, in any order and definitely overlapping‘, or so says their Bandcamp bio. That alone got me, but then I hit play on their new album Dirt, and it immediately became my second favorite album with that name.

So, what is soulpunk? Generally speaking, punk is the spirit and soul is the medium by which it’s delivered, though you could argue for the inverse as well as it packs a lot of soul and the music can take on a chilled punk vibe at times, with unique but palatable structures. There’s saxophones, playful keyboards, enthralling drum patterns, and passionate vocals among many other elements. There’s a healthy amount of jazziness to it all too, but if I were to be comprehensive on all the genres and sounds Lightmare tractor beamed into their music, I’d be here all night. It all amalgamates into something really special where the music has a message and purpose, but it’s delivered in a manner to appeal to the empath and live music fan in you.

When it comes to purposeful and political music, I usually lean more into aggressive interpretations, from Rage Against the Machine to Amygdala, because I – like much of that heavy, fiery music – completely lack subtlety. But I do have an appreciation for it! That by no means that Lightmare come up short on intensity or enthusiasm. The band – with each tap, strum, stroke, and toot of their instruments – command the space they’re given into a sonic manifesto as much for the many as it is for the few. There’s flecks of self-love, musings on the nature of death, and, my favorite, lower-class uprising throughout the runtime of Dirt.

Dirt itself is a common thread between at least a few of the songs as well. The title track discards the societal notions of death we’re so ingrained with – fear, uncertainty, and an end to things. Well, in death, there is also life, and you don’t have to be religious to consider those angles. With a beautiful, shimmering piano line, splashy drums, and moody guitar behind them, vocalist Shady Rose ponders on the intersections of death and life with an intimate request:

Later, at the end of the album in the indie pop-esque “Our Apocalypse”, we get a couple of lines that really hit on how we as a people or society aren’t permanent on this planet – ‘But some time ago I learned the earth will go on living/We burn our kingdoms down, but the soil is forgiving‘. Lightmare plays upon the earth like a stage itself, setting in motion a number of stories and vignettes in their songs. The dirt on which we walk wearily, travel to work, saunter upon next to our lovers, and stomp our imprints into will endure us and inevitably consume us in one way or another. Earth is almost like a character itself – while we are prone to make ourselves the main character in our stories, the last laugh goes to our home that will, one way or another, outlive us.

I think where Lightmare‘s music shines the most is in tandem with that understanding. It’s as if the music is saying ‘hey, we’re not here for long, so we need to make the most of our time‘, so they reach out to you with their hands and pull you upon the stage of earth with them to dance, sing, yell, stomp, and smile. Each and every song is laboriously carved out to be its own installation and representation of things as they are, the good and bad. Even as the group tackles subjects like police and their wanton use of violence and oppression to keep people in line with “All Cats Are Beautiful” (if you know, you know), it’s handled in such a catchy manner with trumpets merrily blaring in the back of the hook, the melodies lending themselves extraordinarily well to karaoke sing-alongs at your local leftist commune.

It’s also worth noting the place from which Lightmare come from. Washington DC is the breeding ground for a lot of disarray felt throughout America. Rich, mostly white men bunker down in stately chambers to draft bills and pass laws that discriminate against our most marginalized, speaking frankly to each other about the people they’re supposed to serve, their contempt, bias, and bigotry only leading them to look down upon the poor, disabled, trans, non-white, immigrant, and other systemically oppressed people among us. But Lightmare‘s existence itself is an act of defiance. They plant their feet into the ground, as if that same dirt is helping them root down, and they push back against that disarray by distilling and packaging it up into some of the most fun, deceptively acerbic, and poetic art I’ve come across lately.

As I see it, Lightmare are as pure an artistic expression as possible, a convergence of many walks of life onto a point that reflects the world back at us; one that accepts, alienates, and is utterly indifferent to us. Because of that, you’ll see them expertly balance an array of emotions, from righteous rage to pensive thought, and evoke a variety of actions out of you, but they’ll always stand next to you in solidarity. Whether you see their sound as a call to action or a blitz to get onto the dancefloor, it’s time well spent, and they make for one of the most interesting acts you can get into this year, or ever.