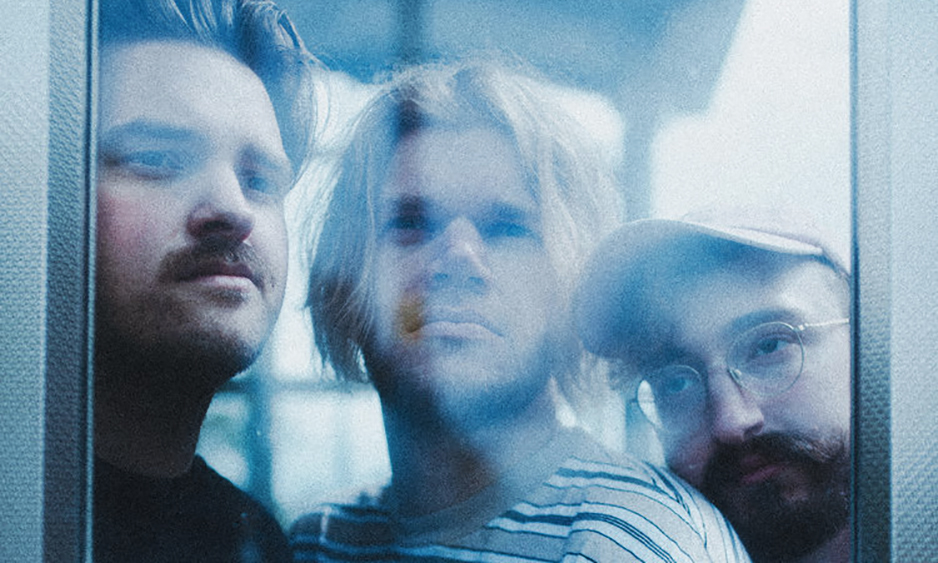 Last Hyena – “How Soon Is Mars”

Practically overflowing with jagged, arithmetical madness and serene post-rock, Last Hyena‘s debut album How Soon is Mars is an absolute joy from start to finish.

The early 20th century polymath Albert Schweitzer once famously remarked that ‘There are two means of refuge from the miseries of life – music and cats’. My slight preference for dogs notwithstanding, I think Albert makes a sound argument here, and we would be fools to contest it. After a year marked by loss and isolation, it is indeed in music (and furry friends) that we can reliably set our aching hearts, and be reminded of life’s saving graces.

One particular album so far has granted me a healing salve unlike any other, and that album is How Soon is Mars, the debut LP from Bristol’s instrumental math-proggers-in-chief, Last Hyena. You may recall that back in January, we at Everything is Noise were fortunate enough to premiere the album’s lead single “Doctorpus”, along with its appropriately buoyant music video. You can catch up with the premiere here, but in a nutshell, the track was absolute bags of fun, carrying a frantic and unashamedly boisterous energy, and it is my absolute pleasure to confirm that How Soon is Mars is every bit as joyous and arresting as “Doctorpus” suggested it could be.

The first track, “Where’s Laika?”, answers any and all questions one might have about this band. It’s a perfect marriage of emotionally gripping ambience and labyrinthine melodies, delivered with astounding performances from the understated trio. It’s a real statement of intent that truly surprised me with its scope and confidence – the track oozes the kind of uplifting energy you find in your classic post-rock tracks, but it does so with a vital and fresh originality, never falling prey to the genre’s reliance on crescendo. Throughout the entirety of the album, I was in a near-constant state of surprise at just how much musical ground they can cover in a matter of seconds, as tempos and tones often change wildly at a whim.

Often I feel that bands of this ilk lose a degree of impact due to excessive exuberance, becoming an exercise in technical wizardry and ultimately diluting that connection we feel when a tight groove or melancholy passage kicks in. This is not something that applies here. It’s a real mark of maturity that, if anything, gives greater strength to their songwriting prowess. Even when dipping between hard-hitting dissonance, floral chord progressions, and whimsical jauntiness, there is a keen flow that keeps each track moving forwards; there’s not a single moment across the album that sounds complicated for the sake of sounding complicated.

Perhaps the best example of this comes in the form of “You Still Look Tired”, which makes for a compelling musical dichotomy. The track is a curious blend of psychedelic post-rock that hosts both algebraic mathcore breakdowns and sparse ambience, exploiting dynamic range to a dizzying extent. There is also a brilliant interplay between the trio, which gives such a multiplicity of sonic command that you are constantly discovering new layers of intrigue with each fresh listen. To say this band are but a three-piece speaks volumes of their individual talents and mastery of immersive songwriting. Their musical personalities work together in perfect harmony, whether they are colliding to produce overwhelming soundscapes or locking into a tight groove.

I think the thing that strikes me the most about this band is just how much enthusiasm they throw into their performances. It’s often said that singers are encouraged to smile whilst recording vocals because it enhances their vocal delivery, giving it a more convincing emotional character. I think it’s fair to say that the same concept applies to instrumental bands, especially in the case of Last Hyena. Whether it’s the whimsical song titles, playful musicianship, or the youthful relationship displayed between the three instrumentalists, this whole album is built around sharing in a good vibe. I can only imagine that the atmosphere of a live show with these guys would, at the very least, produce a sea of beaming grins. Even whilst sat on my lonesome, with my headphones deafening me to the outside world, I too took comfort in the joy of a young band making music to revel in.

Optimism and outright glee have been high in demand but perilously low in supply of late, but it’s albums like How Soon Is Mars that prove just how liberating music can be. That Last Hyena can have such a joyous impact without the need for words is a testament to the visceral impact of music, and I for one am reminded of how valuable this is in times of dire straits.