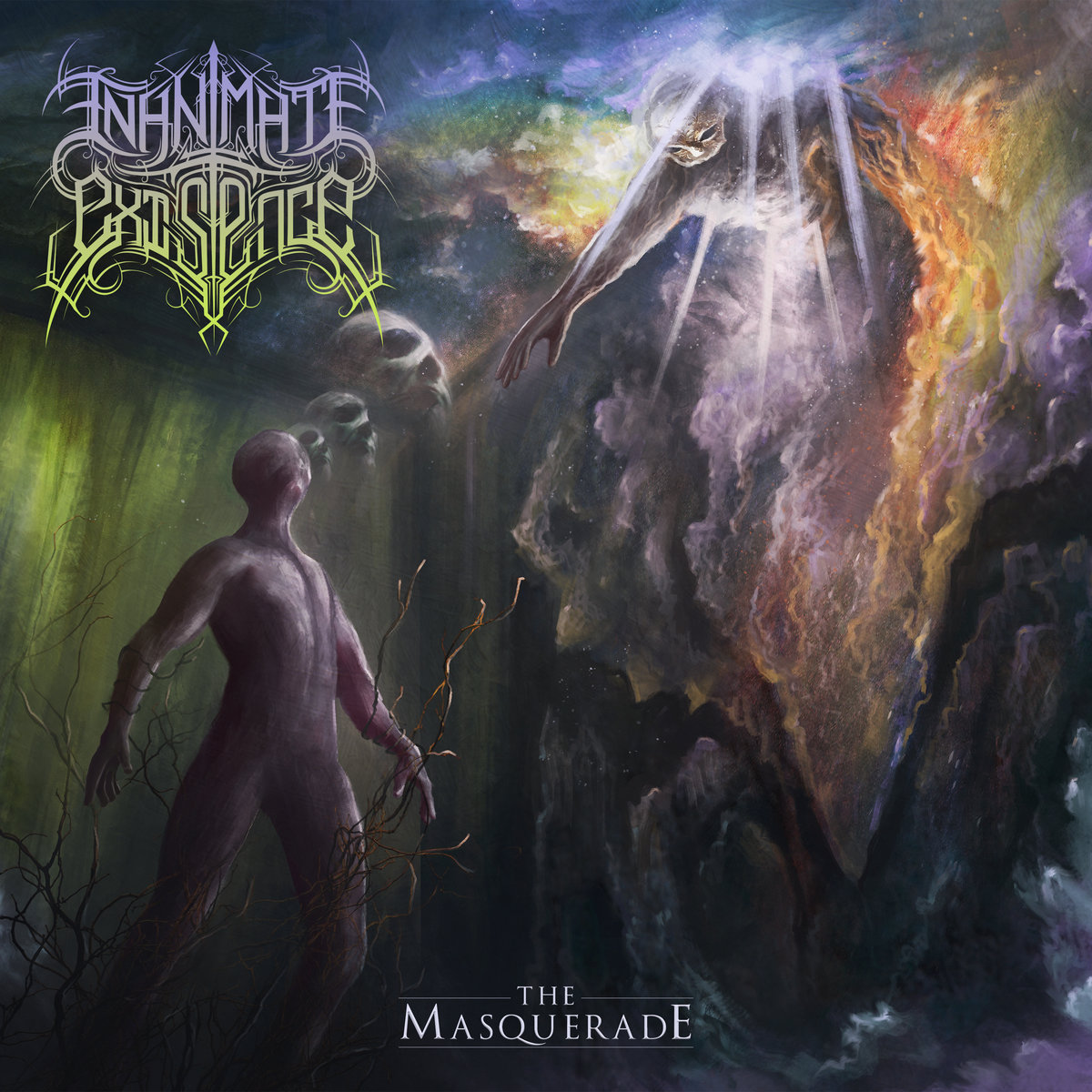 On The Masquerade, Inanimate Existence offer a concise progressive death metal record that incorporates many different influences while remaining fully and confidently authentic.

Inanimate Existence has been actively releasing music through labels since 2012’s Liberation Through Hearing. In the intermeddling decade, the act released two more records on Unique Leader Records before moving to The Artisan Era with 2019’s Clockwork. The progressive death metal act is back for their sophomore The Artisan Era release with The Masquerade three years later. The compositional and performance experience Inanimate Existence has gained throughout the past decade, and four releases all culminate in an artfully realized and excellent progressive death metal record with The Masquerade.

Despite Inanimate Existence‘s affiliations with technical and progressive death metal, the core foundation of the songs on The Masquerade are often much more groove-oriented and mid-tempo than their labelmates. I enjoy this approach as it sets them apart from some of their more speed- and tech-oriented peers. This is not to say that the band is incapable of these more complex and quick passages, but they generally tend to act as flourishes to songs instead of their foundations. Further, the riffage and vocal delivery feel rooted in old-school death metal influences, despite a modern, polished production. In the hands of a less experienced act, this mix of approaches could veer into incoherence, but here feels deftly and intentionally executed.

Because of this unique and solid sonic identity, the band’s deviations feel much more fun. They still use the symphonic synths and arrangements I’ve come to expect and love from The Artisan Era acts. However, they are applied more sparingly and often to complement more atmospheric sections of the record. The haunting horns introducing the title track are a great example, as well as the subtle strings complementing clean guitars sections throughout “Wandering White Walls”. And, speaking of atmosphere, we often encounter clean, reverb-laden guitar arpeggios and melodic, soaring lead lines that evoke comparisons to early Fallujah, perhaps at no point more evident than on album opener “Endless Waves.”

Even with the expansive sonic palette Inanimate Existence capably pulls from, they seem to have an eye towards pacing and attention spans (mine, at least, is limited). None of the album’s tracks exceed six minutes in length, allowing the band to demonstrate their versatility without overstaying their welcome. And, at only eight tracks, there’s enough material to delve into with repeat listens without an intimidating or fatiguing run time.

Five albums into their career, Inanimate Existence clearly display an understanding of who they are as a band while thoughtfully applying experimentation and versatility to their core sound. The band incorporates memorable melodies, dynamic shifts, intentional flourishes, and crushing riffage in purposeful ways throughout The Masquerade, making for an album that is an excellent blueprint for composing a high-quality progressive death metal record.