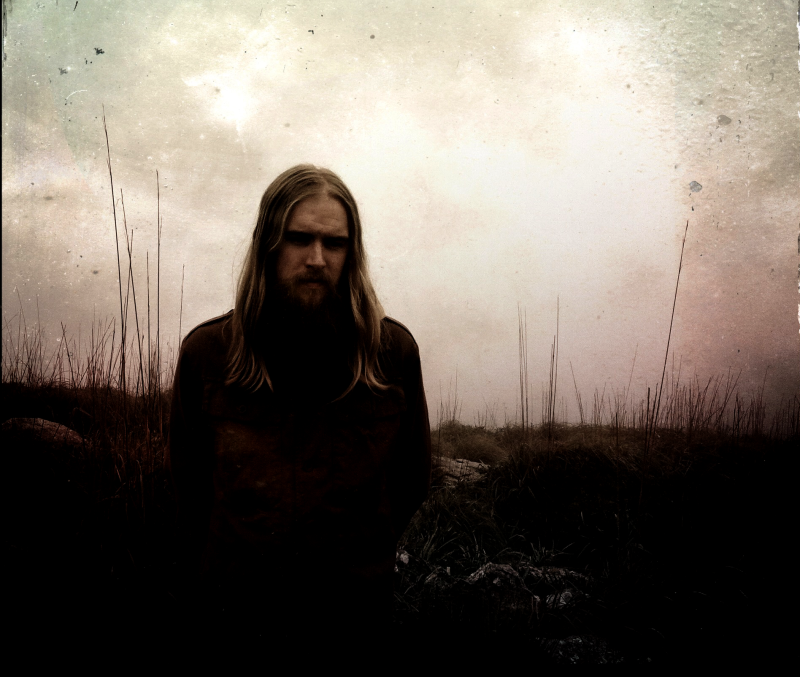 I first encountered Johan G. Winther writing a premiere for “Permanent Sojourner” earlier this year. I was immediately both impressed and captivated by the towering 19-minute piece, as well as the compositional approach of the Swedish musician behind it. With his myriad of musical experiences and impressive recent output, it seemed only natural to invite him to be our current Weekly Featured Artist.

My first experiences with Winther’s music felt cinematic in scope, evoking the expanse of mountain ranges and the comfort of the cabins within them, not unlike the setting where he wrote his most recent work. Gritty textures, acoustic guitars, synth pads, keys, and cello appear alongside minimalist percussion and thoughtful melodies.

Johan has a wide variety of musical outputs, but he sees a recurring theme in his approach that started with his musical upbringing:

‘Music has always been about searching and discovering for me. Ever since I started listening to music, I always loved picking music apart and delving deeper into each component that makes up a piece of music. What instrument is that? What does that sound mean? What does it symbolize in the big context of the song or piece of music it’s a part of?’

In addition to this solo project, Johan is a member of various Swedish outfits, including the rock band Scraps of Tape, the blackened hardcore act Blessings, and the post-rock group Barrens. Each is unique and impressive in its own right, but solo writing is quite different than working in a group:

‘Solo, I can develop ideas and concepts at my own pace, and fully immerse myself in an idea that might take months to realise, which can be amazing. Sometimes, all this time is spent just to see that the idea was utter shit in the end. It’s still something I enjoy, no one can stress me out about it, and I can move on without a second thought.

‘Working in a band is all about the exchange of ideas and the chemistry of playing with other people. I might write something that I have a certain idea about how it should turn out in the end, just to have it all turn into something completely different in the rehearsal space. That forces me to rethink and to adapt and to come up with something I probably would not have thought of by myself. That is the magic of creating as a group, you need all the parts to make it be what that exact band or project truly is. It’s all about who you choose to surround yourself with. Play with people who brings out something extraordinary out of you. It’s as simple as that for me.’

When listening to Johan’s most recent output, The Rupturing Sowle, I was impressed by his ability to mix elements of post-rock, ambient, and dark folk music into a cohesive, atmospheric whole. And even with so many aspects occurring in lengthy compositions, Winther has mastered using accessible, memorable melodies as anchors in his music.

This penchant for long-form, experimental compositions is nothing new for Winther, however. 2012’s I Have A Heaven Ending And Weaving Thin Threads Of Darkness From The Light That Was Given is an hour long ambient meditation that, depending on the form, is broken into two or four parts. The cohesive piece was bound together from a variety of recordings made by Johan on violin, piano, pump organ, among other instruments before being fed through a variety of delays and processing signals.

The versatility of his work is also apparent. Even though experimentalism is a throughline, Johan’s draws from an expansive palette of sonic textures.
2016’s Genom Tre Namn draws from modular synths, clarinet, saxophone, piano and field recordings to create textured waves of noise that move from harsh to hopeful in varying and unpredictable ways.

Winther has been releasing music for over ten years. In the intermeddling time, his music has a philosophical consistency, even if the outputs vary significantly:

‘My solo work is always fuelled by a certain concept or idea. I record a lot but not all of it ends up somewhere immediately. But further down the road I might be working on something and remember an old recording, look it up and use it for this new idea. As I mentioned earlier, it’s always been about searching and developing, so most of my solo releases are quite different from each other. I understand this might be frustrating to some people, but that’s the way it is. The approach has both always been the same and also different each time…if that makes sense.’

As discussed earlier, Winther just released a new solo album. As such, he is not currently focusing on more material for this project but writing for various bands and other projects. But the creativity never entirely stops. Winther has mentioned that some new ideas are slowly taking shape in his mind, but it will be some time before those ideas are recorded.

I am excited to see where Johan’s solo and collaborative projects take him next, and I’d encourage you to join him on this journey. You can purchase Winther’s most recent release here, or stream his music on Bandcamp. You can also keep up with Winther’s work on Instagram.